Set against the backdrop of the Pacific Northwest, “PRIMEVAL: NEW WORLD” Is the North American spin-off of the popular U.K. television series (of the same name), and follows a specialized team of animal experts and scientists who discover dinosaurs and other dangerous predators emerging onto the streets of modern-day Vancouver through anomalies in time. 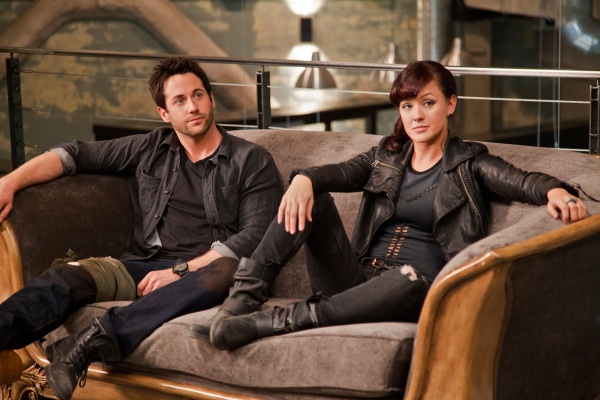 Crystal plays Toby Nance, a young physics prodigy, who is Evan Cross’ (Niall Matter) right hand girl. Alongside Crystal is a bevy of established genre heavyweights such as; Niall Matter (Eureka, 90210) as the enterprising inventor and visionary hero Evan Cross, Sara Canning (Supernatural, The Vampire Diaries), and Dylan Weir, predator attack expert and specialist in animal behavior. Both existing fans of the PRIMEVAL brand and the SPACE audience alike are sure to be excited by the imminent crossover from the original series into the NEW WORLD, as the new show ties in the U.K. series with guest star Andrew Lee Potts as Connor Temple from the original show.

Crystal is well known for many of her starring roles in the horror genre which include blockbuster features such as “Killer Mountain”, “Yeti: Curse of The Snow Demon”, “Wrong Turn 2”, “Black Christmas”, “Snakes On A Plane”, “Masters of Horror”, “Scary Movie 4”, “Final Destination 3”, and “Children of The Corn: Revelations” just to name a few. The former model is also easily recognizable from her starring role as Vala Kandorian on the final season of “Smallville”, and continues to showcase different sides of her work through strong and interesting characters on TV and in film. 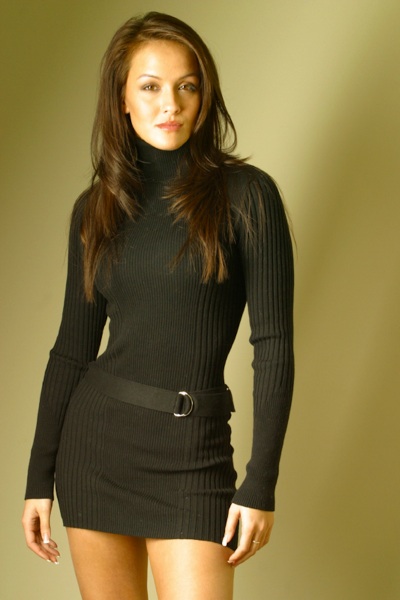 Aside from her busy acting career, Crystal has gone into business, opening up her own restaurant called Hyde; a Tim Burton inspired room of oddity serving food and drink by leading mixologists that never disappoint. The restaurant is located on Vancouver’s trendy Main Street.

I had the pleasure of asking the beautiful Crystal Lowe some questions regarding her new show, restaurant, and other juicy tidbits.

Felix: Tell us more about Primeval: New World, your character, and what we can expect from the show.

Crystal: Primeval New World is the Noth American spin off to the UK version. We are somewhat of a sister show. Basically we discover that Dinosaurs come out of Anomalies and its our job to put them back where they come from before they change the course of time. I play Toby Nance, she is Evan Cross’s right hand girl and he bonified Techie on the show. She is awesome and I love playing her.

Felix: When it comes to scream flicks you have been around the block appearing in almost a dozen. What draws you to Horror films?

Crystal: I love being part of a genre that has such amazing fans. I also love the fact that people leave the theaters scared but feeling alive, like you just got off a roller coaster.

Felix: You run a restaurant in the trendy Mount Pleasant area inspired by Tim Burton. Why Tim Burton? Tell us more about “Hyde”.

Crystal: I am a HUGE fan or Tim Burton and his creations. I love dark and twisted yet still fun. I have always said that I see beauty in darkness and that is exactly what my restaurant is all about. We are a 50 seat room that has become a mini house for live performers. I really wanted to create a cool space where artists, musicians and actors could come to perform.

Felix: How do you find time between running a successful restaurant and acting? Any tips or secrets?

Crystal: I don’t lol I have a tendency to run my life at a level 10 and its really hard to stop. But now I have a fantastic manager and great staff and it allows me to focus on my show as well as all my other adventures.

Felix: You adore Burlesque, I can relate, it’s easy on the eyes. But the real question is; do you perform Burlesque yourself? How did you get involved in Burlesque?

Crystal: I do love burlesque, there are obvious reasons lol. But more importantly I love that the woman are true performers. I love the female form and I think its wonderful to be sexy, but what I love about burlesque is that humor is involved. Being sexy and funny are a hard combo and I love when I see that in burlesque.
Vancouver has an AMAZINg Burlesque scene and you can really just google it and be introduced to some awesome studio’s in Vancouver.
Do I dance ???? well…..sometimes but mainly in my living room lol

Felix: You get a little frisky in the film Wrong Turn 2 (I did my research). Was that your first topless scene? How did you feel about doing it, was it difficult?

Crystal: Well I am happy to see that you have done research lol My first topless role was in a movie called Insomnia with Al Pacino and Hillary Swank. Being naked has always been a beautiful thing to me. I have never been shy about my body and I often found in strange how uncomfortable people were with it since it’s truly our natural state. But to each their own, as I get older I am more focused on different roles in my career so I don’t think your gonna see me in my natural state for a while.

Felix: Who is your inspiration (as an actor or in real life), who would you like to work with?

Crystal: There are so many people, my absolute dream, Guilermo del Toro. I feel like we both love the same things and I would love to be a part in one of his visions.

Crystal: BOTH, I have one of each and I love them for different reasons lol

Felix: What is your favorite thing about Vancouver; a spot, place, or thing, when you think of Vancouver, you think of…

Crystal: I love the summers here. I love the way our city looks at night when the mountains are peaking out behind the city lights.

I love the food!! Vancouver has some of the best hidden gems.

I love the people. My Vancouver people are some of the best in the world!!