Seven outstanding LGBTQ+ community leaders each took home a colour of the rainbow from the 3rd Annual Pride Legacy Awards for their service over the past year.

Learn more about this year’s winner through their biographies from the Vancouver Pride website. 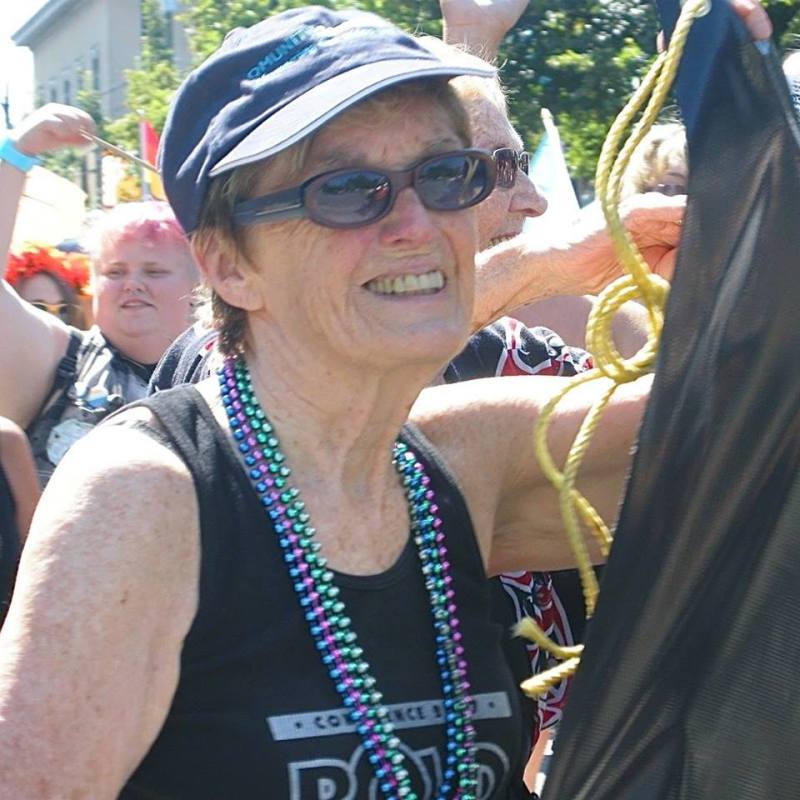 Pat Hogan has been working in the community since she moved to Canada from the United States in 1969, doing social justice work focused on feminist and LGBTQ+ issues. She was responsible for organizing the first BC Rural Conference on Violence Against Women and co-founded the Vernon Transition House. Hogan also co-founded the Sounds and Furies, an organization that put on concerts and fairs promoting LGBTQ2+ performers with proceeds going to numerous local and global organizations. She owned Josephine’s Cafe and co-founded BOLD Fest. She was also a board member for the Vancouver North American Outgames and the Federation of Gay Games. Hogan organized Not So Strictly Ballroom and the Menopausal Old Bitches and continues to work with the LGBTQ2+ community of Vancouver.

Since coming to Vancouver, Scott Fullerton has been active as a volunteer with the Vancouver Gay Volleyball Association for 10 years, running the competitive division and serving as Chair of the league for five years. Fullerton was instrumental in bringing the North American Gay Volleyball Championships to Vancouver in 2004. He volunteers with the West End Slo-Pitch Association acting as the Rules & Regulations Commissioner and then the Commissioner of the League. He facilitated WESA, becoming a member of the North American Gay Amateur Athletic Alliance and a fixture of the Gay Softball World Series. 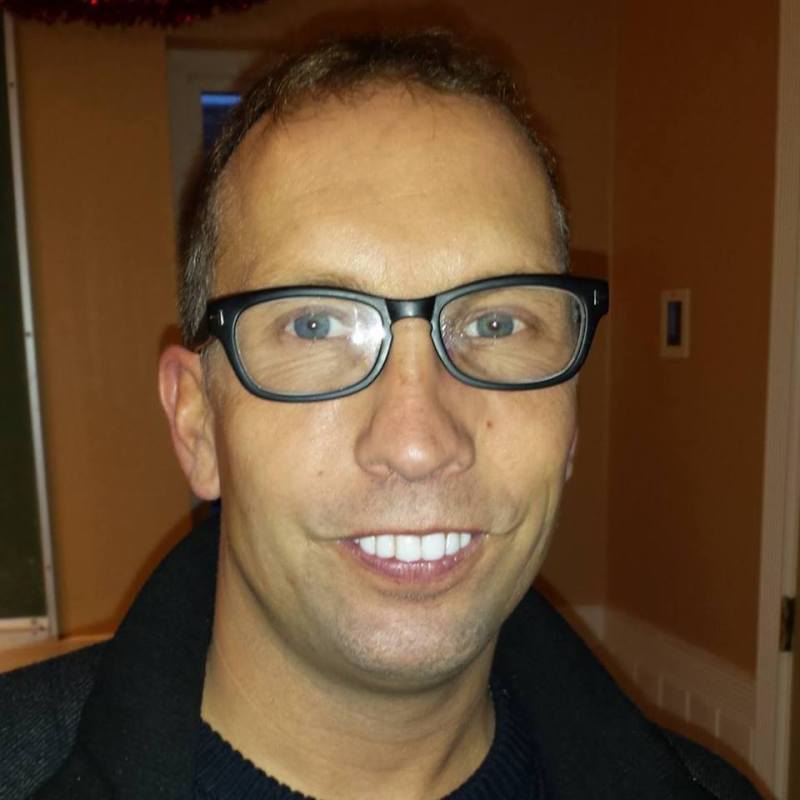 Don Presland spent 20 years in the world of sexual exploitation before escaping through help from Peers Vancouver. Presland began doing outreach, seeking to bring awareness to a population that was flying under the radar in the LGBTQ2+ community. He was involved with the Sexual Exploitation Prevention Projects, talking to youth in schools about the realities of the sex trade, and co-founded How U Survive This Lifestyle Everyday (H.U.S.T.L.E.) – Men on the Move, an outreach program providing direct services for male sex workers. Presland became involved with the Under the Rader research project, a nation-wide study focused on sex workers within the LGBTQ2+ community and also became the chair of Peers Vancouver. In addition to his work with sex workers, he volunteers with both Clean Sober & Proud and Health Initiative for Men.

Ryan Hunter was the first openly LGBTQ2+ president of a small town Student Council. He started off by doing high school presentations on gender and sexual health, before moving to Vancouver and becoming involved with the Mabel League, Screaming Weenies, Kings of Vancouver, $3 Bill, Dogwood Monarchist Society and Lil Sisters Diorama. Hunter worked with local event producers to make women-only events more trans-accessible, as well as starting a website for trans men and their allies. He helped to start SAIGE Community Food Bank that provides fresh produce, baked goods and a safe space for Trans and Gender-Variant community members. In 2013, he was approached to help develop a Community Kitchen with the Catherine White Holman Wellness Centre. 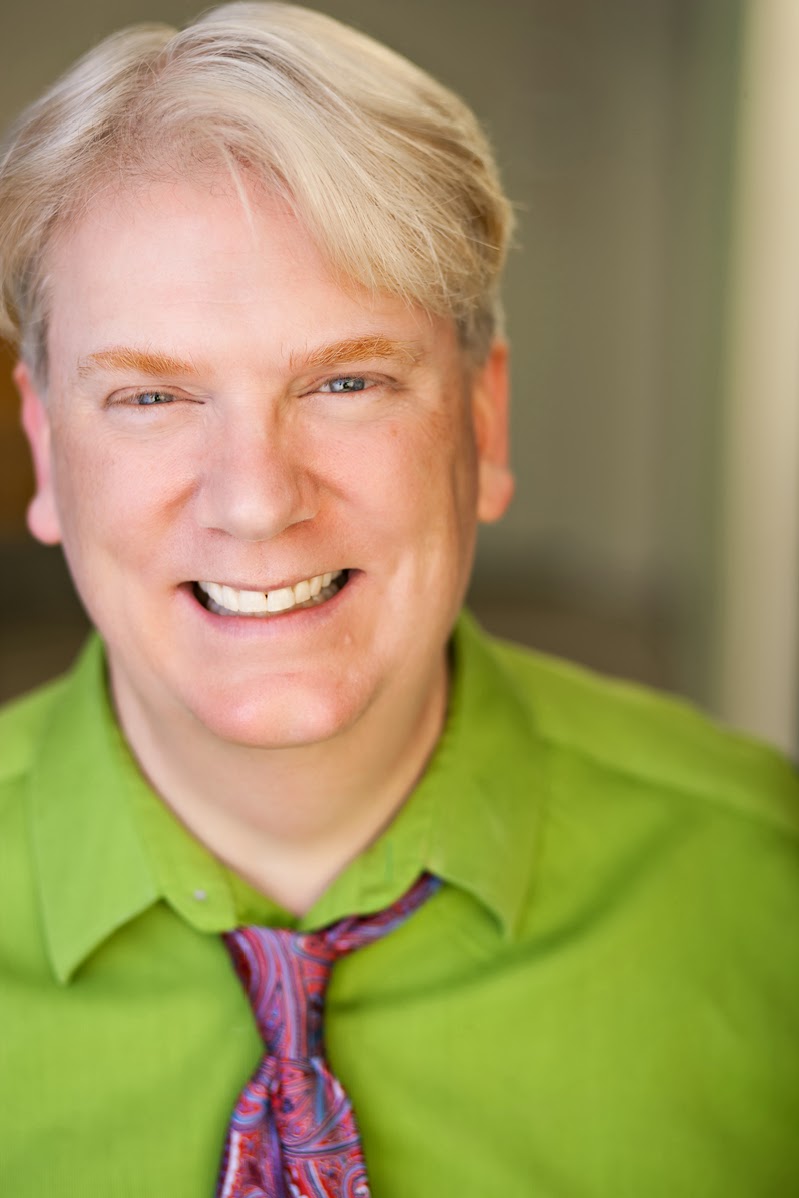 David C. Jones has been a creative person for 30 years, best known for starting LGBTQ2+ improv classes back in 2004 and subsequently creating The Tops & Bottoms show. He was commissioned by the Queer History Project to create Laughing Behind Enemy Lines, a documentary about LGBTQ2+ entertainers. He was also one of four filmmakers selected from across Canada to be part of OUTtv’s Hot Pink Shorts and was filmed making his movie The Bonus. He has created 12 short films to date. In 2006, Jones founded The Laugher Mission Society that brought professional artists to organizations working with sick and terminally ill people. In addition to teaching at the Vancouver Film School, he is often seen entertaining and hosting at non-profit organizations in Vancouver raising spirits and thousands of dollars in the process.

Al Houston is a member and a leader in the Greater Vancouver Native Cultural Society two-spirit; he emphasizes the value of working together as a team and takes a direct, active approach to make sure the work gets done. He has sought to create welcoming environments throughout his career, notably working to do so at the Dufferin during its heyday. With the Greater Vancouver Native Cultural Society two-spirit, Houston conducts blessings and invocations to various events with an aim towards creating safe, welcoming environments for members of the LGBTQ+ community to celebrate. 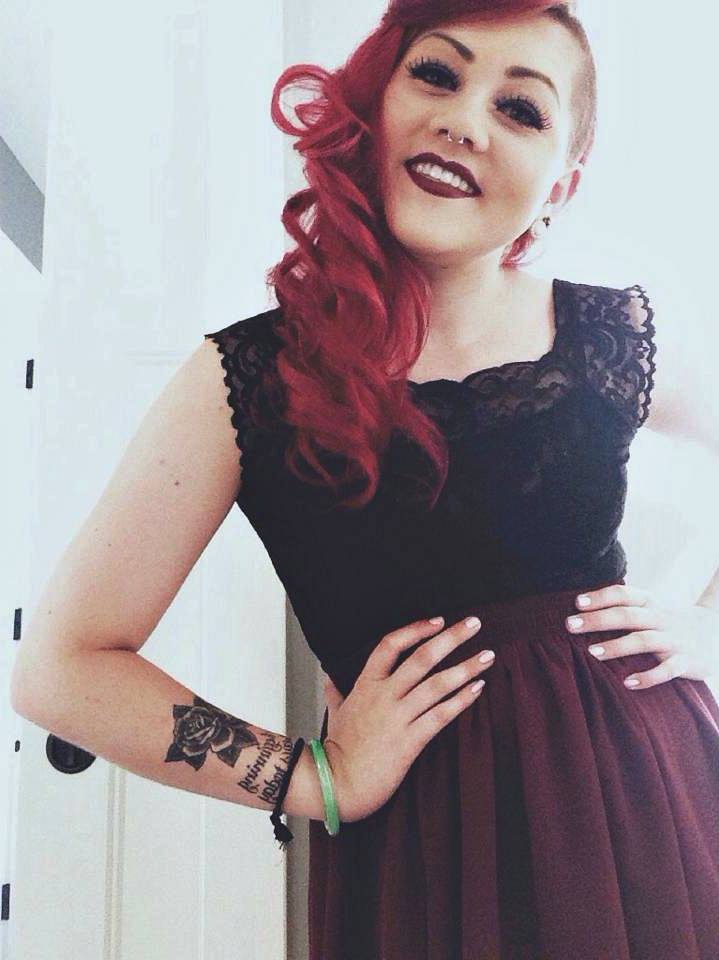 Caroline Doerksen is in in her second year at Simon Fraser University, majoring in Gender, Sexuality and Women’s Studies and acting as the faculty’s representative on SFU’s student council. She is the first person to bring SFU’s Out On Campus Collective to the Surrey campus. Doerksen is very active in the Surrey-based LGBTQ2+ youth advocacy and activist group Youth For A Change, the New West Pride Society and the SheTalks YVR advisory committee.

Jody Jollimore has dedicated his academic, professional and political lives to improving the health and well-being of queer men. Involved in both civic and federal partisan politics, he has contributed to policy initiatives including marriage equality, rights for sex workers and student debt reform. Since moving to Vancouver a decade ago, he has become known for coordinating harm reduction programs, including a crystal meth outreach project, condom and lube distribution and effective social marketing campaigns on the topics of safer sex and STI testing.

Jollimore fought to have Post-Exposure Prophylaxis made available for consensual sex and drug use and currently advocates for an HPV vaccination program for boys and men. When completing his Masters in Public Policy, he chose the topic of HIV risk among gay men in Vancouver. Since completion, Jollimore has been able to implement three of the four policies studied in his graduate degree. Currently, he is the principal knowledge user or co-investigator on more than 10 studies about gay men’s health. He is the co-author of several peer-reviewed publications, and regularly speaks to local and national audiences about his work.