The Price Is Right Live is returning to the River Rock Casino Resort this summer. The live stage version of the iconic TV game show gives audience members the opportunity to win prizes including appliances, vacations and even new cars by playing the classic games from The Price Is Right which is now in its 42nd season on CBS.

From Plinko to Cliffhangers to the Big Wheel to ultimately the Showcase Showdown, everyone will have the chance to make the legendary descent from their seats to the stage. If you enjoy the rush of emotions experienced while watching the television show, just imagine the thrill if you were to hear YOUR name called to “Come On Down”! 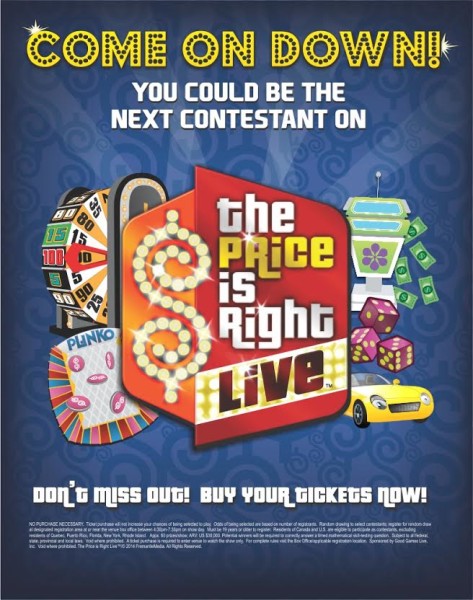 Tickets available at all Ticketmaster Outlets or charge-by-phone 1-855-985-5000
or order on-line at ticketmaster.ca