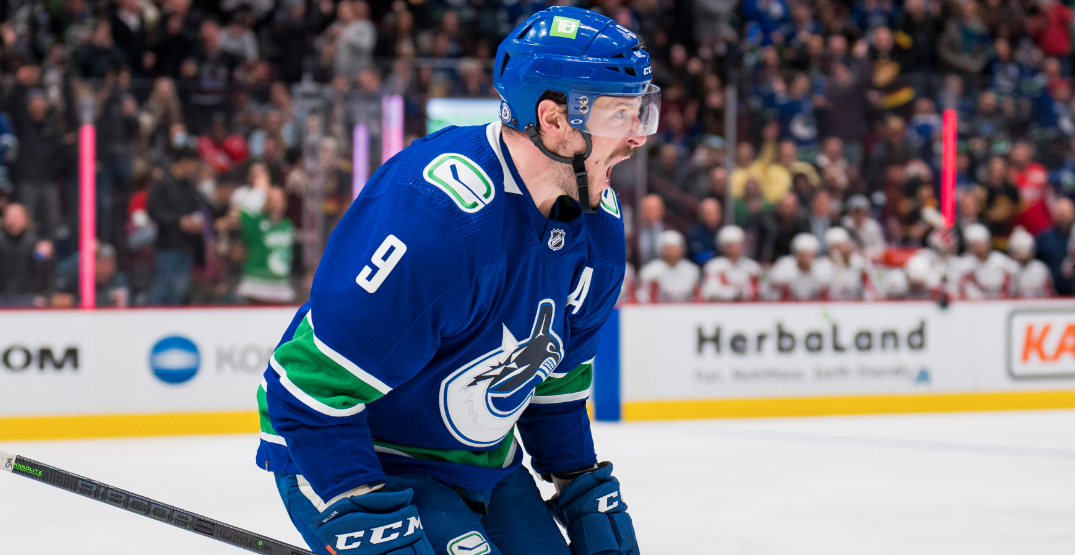 Maybe this is just the view from my seat, but it certainly feels like this is the most muted draft for the Vancouver Canucks in some time.  And perhaps I should be abundantly clear, I’m talking literally about the drafting of a prospect… in the first round… at the Canucks current spot, 15th overall.
There is so much extra noise around the Canucks right now, regarding a J.T. Miller trade or any other move for that matter, that which human will get his named announced at 15, is on a back burner that we don’t normally see used in a Canadian market.  In years gone by, every single listener to our show has been able to list off the counting stats and home club for 10-15 draft possibilities for the Canucks at their draft position.  I just don’t feel the same can be said this year.
And that says something, considering the Canucks haven’t had a first round pick since Vasily Podkolzin in 2019.  There should be both a fascination with this pick, not to mention a burning desire to see it come to fruition given the relatively bare nature of the cupboards in the organization.  Oh and add in the fact, that there’s currently no second round pick, so this guy will stand clearly above the rest as the apple of the team’s eye.
This team is at an interesting cross roads though, with a new administration taking over a team that had been in an unofficial rebuild/reload more for almost a decade.
There’s a want to be competitive, there’s a need to be prudent and careful.  Quick fixes haven’t worked in the past and are unlikely to in the future.
So, all of the machinations are at work here for the Canucks: Managing UFA’s-to-be, addressing depth, filling roles that have gone unfilled for years.  It’s all happening, or so it seems, at the draft.
Might not be a bad way for a prospect to enter an organization though.  Under the cover of darkness due to a big trade. Less pressure, less scrutiny.
As long as one day, he becomes very well known.