At a Shell station on Granville St and West 71 Ave, the price of gas hit 99.9 cents, according to online reports.

While Vancouver gas prices hit an all time high at $1.57/L in July, a volatile market of high supply and dwindling demand has taken the price of crude oil down from over $100 a barrel in July to $48.79 today.

The sudden drop in the price of oil has economists working longer hours, but they’re not scratching their heads; the price drop makes total sense.

Though the concept of supply and demand is simple enough, throw in the politics of the Organization of the Petroleum Exporting Countries (OPEC), emerging markets, and geopolitical conflict, and the explanation for today’s low price of gas gets more complicated.

By July 2008, the price of crude oil had risen to a historic $133.90 per barrel. Feeling the costly pinch of importing foreign oil, companies in the U.S. and Canada began to develop new ways of extracting oil at home. Fracking in shale composites began in North Dakota and Texas and Alberta exploited its tar sands.

While the price of oil dipped significantly after the 2008 recession, it was back at over $100 a barrel by February 2011.

Due to fracking and Gulf of Mexico oil production, the U.S. became the biggest oil producers in the world in a matter of years. This extra supply of oil did not bring the price down like some would expect. Conflict in Libya, the ongoing Iraq War, Middle Eastern politics and U.S. and EU sanctions on Iran took more than 3 million barrels of oil off the market per day. 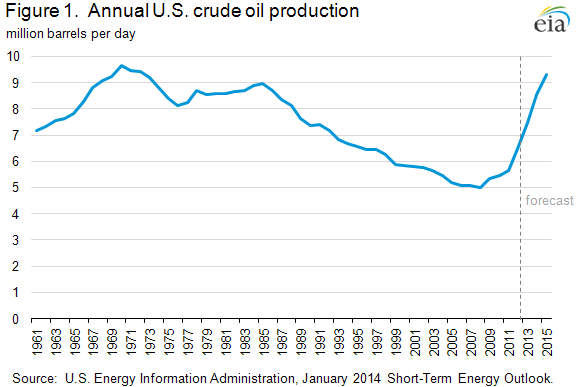 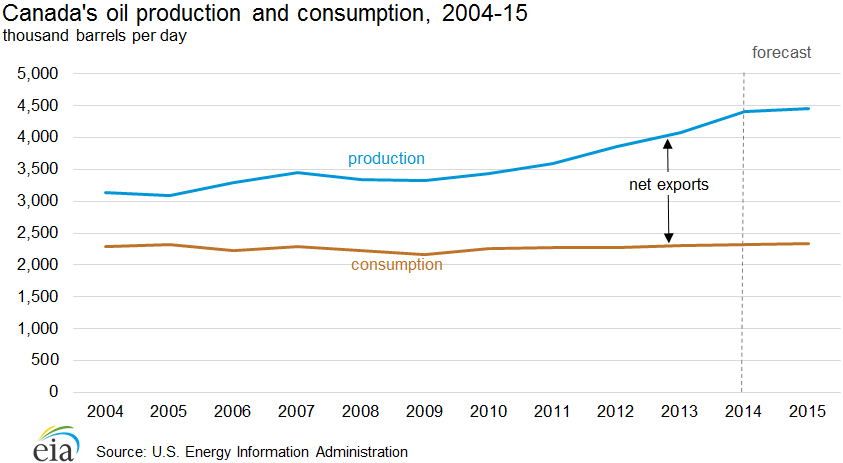 But in 2014, conflict in the Middle East and North Africa calmed. Two large export terminals in Libya re-opened and China’s economy demanded less foreign oil. Due to post-recession cutbacks, new efficiencies, the green movement and the growth of the fuel-efficient car industry, western countries were using less oil than expected. A boost in supply with relatively low demand caused oil prices to begin falling in July 2014 from just over $100 to roughly $78 per barrel in November.

Faced with this significant drop, OPEC, which produces 40 per cent of the world’s oil, had to decide what their response would be. In a surprising move, they decided not to cut back oil production to prop up prices. Big producer Saudi Arabia felt like they could withstand the loss in revenues (they have $900 billion in oil reserves) and they hoped the lower oil prices would help cut down the U.S. oil production boom. They also worried that a rise in prices would benefit adversaries like Iran and Russia.

Russia’s currency is collapsing and their interest rates have sky-rocketed. The Financial Times recently reported that Russia, where oil and gas make up 75 per cent of the nation’s exports, will start 2015 “as a devalued and belligerent nation with nuclear weapons.”

Venezuela is another country hit hard. Because oil makes up 96 per cent of their export earnings, some have speculated that the country may default if things don’t turn around. Every time the price of oil loses another dollar, Venezuela loses $700 million.

At home, Alberta faces a $215 million drop for every dollar knocked off the value of oil. The Calgary Herald reported this week that ATB Financial predicts the province’s GDP will drop by 50 per cent in 2015. A study by Harvard’s Belfer Center for Science and International Affairs released January 7 also reports that low oil prices will stop B.C. from developing its liquified natural gas (LNG) industry until 2020.

While it’s not necessarily good news for Canada’s oil producers, other sectors in the country may have a chance to expand. Ontario’s manufacturing sector will benefit from lower costs and consumers will have more spending money due to lower prices at the pump.