After a successful visit to Rogers Arena last year, the NBA is returning to Vancouver this weekend. Vancouver hosted a playoff atmosphere for the Toronto Raptors as they took on the Sacramento Kings in the 2014 preseason exhibition. This year, the Los Angeles Clippers will help the Raptors kick-off their now annual Canadian Tour.

The game is both a nod to Vancouver’s short-lived NBA legacy and an audition for those who hold faith that an NBA franchise will one day return home. Since the departure of both the Grizzlies and neighbouring Seattle Supersonics, Vancouverites were abandoned without an easily accessible NBA team. Some fans swore off the NBA out of spite, others adopted the Raptors by default, and others still were strewn across the league as basketball fan refugees.

These annual preseason games are the only taste of live NBA action for many local fans, so it’s really an event not to be missed. Here is a rundown of both teams to catch you up on the storylines from last season, along with some players to watch for on Sunday. 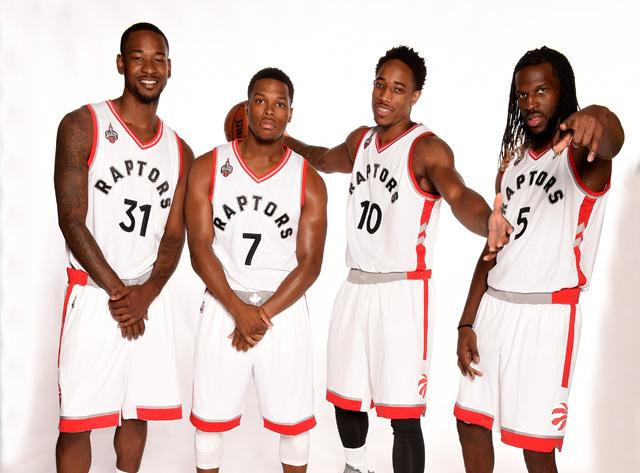 It was an exciting time to be a Raptors fan heading into last season. The team seemed to have magically escaped the purgatorial misery of a rebuilding process and skipped straight to the part where they could contend for a conference title. Although they lost on the final play of Game 7 to the Brooklyn Nets, fans were ecstatic for any sign of life after a five year playoff drought.

Unfortunately, as is usually the case, the Raptors were victims of their own hype. It didn’t take long into the 2014-15 season to realize that they were not yet ready to be an Eastern Conference powerhouse. As it turns out, the charm of being the loveable underdogs tends to wear off as the weight of legitimate expectations leans on a season.

After an unconvincing regular season, the Raptors would limp into the playoffs with the hope that they could reclaim some of the “We the North” magic that had invigorated them the previous season. That magic never came, and in an all-too-familiar scene, they were swept in humiliating fashion by the Washington Wizards. It was an especially miserable blow for fans—even by Toronto Raptors standards—given the momentum they had built up from the previous year.

This is where the Raptors find themselves entering this season. One year removed from an improbable rise to Eastern Conference prominence, the Raptors hope that last year was merely a minor setback in their quest for their first NBA Finals appearance.

I remain a skeptic and predict the Raptors will end up exactly where they were last year. To their credit, Raptors fans are some of the most optimistically delusional in all of sports. 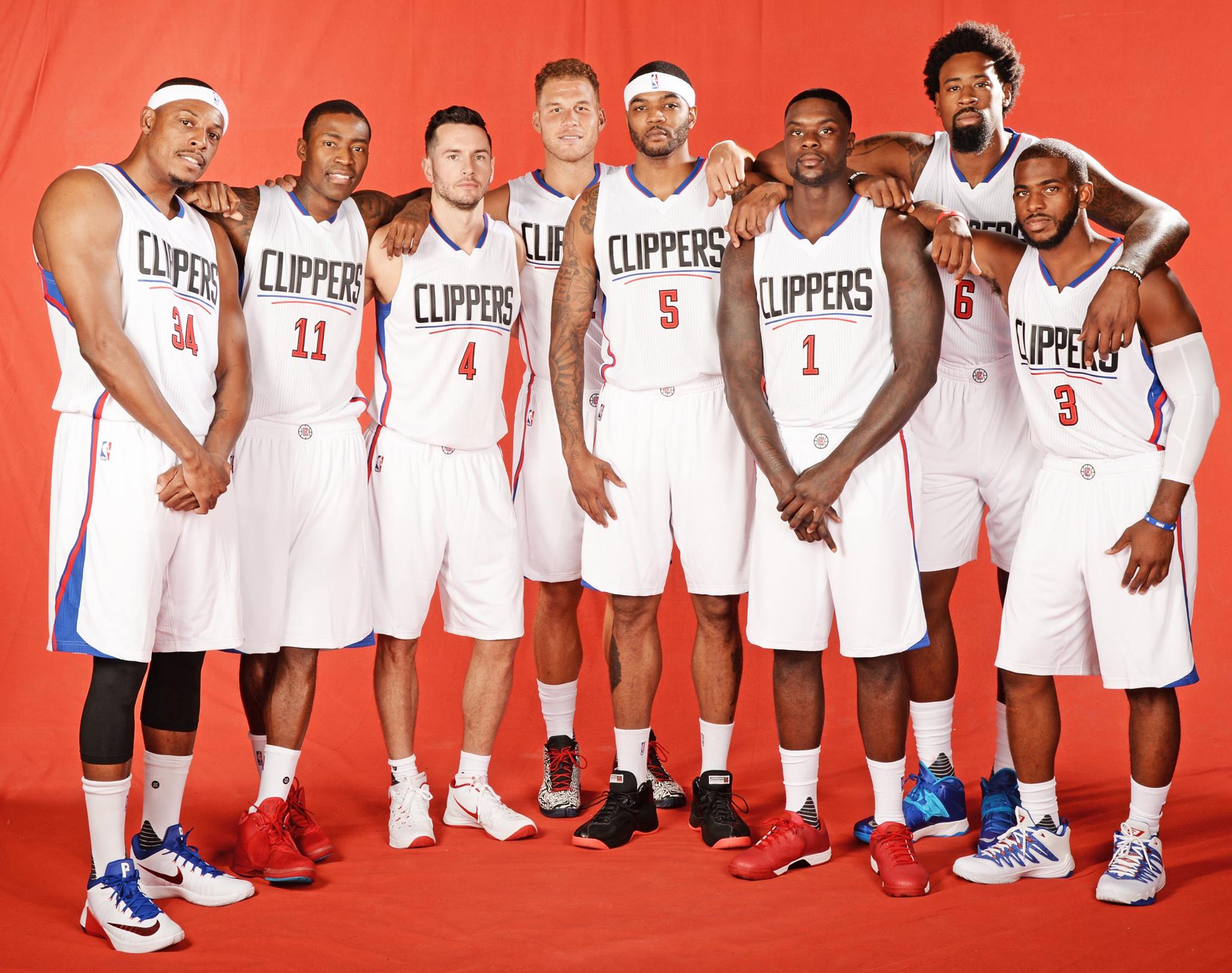 The Los Angeles Clippers were literally a day away from a total implosion this summer. During the off-season their star centre, DeAndre Jordan, had one foot out the door as he verbally committed to sign with the Dallas Mavericks. DeAndre was reportedly upset with his lack of a role in the Clippers offence, and the Mavericks offered him as big of a role as he liked.

However, a last minute change of heart led him to renege on his deal with the Mavericks and retreat to the familiar comfort of his third fiddle role in Los Angeles. Losing him would have effectively closed the window on their championship contention. It was as close to a near-death experience as Clippers fans could have.

Unlike the Raptors, the Clippers are legitimate title contenders this year. Their season ended in the second round last year after a combination of injuries and lack of depth had them puttering out before the finish line. Before being eliminated, however, they were able to de-throne the defending champions San Antonio Spurs in what was probably the best series of the entire playoffs. Chris Paul, hamstring injury and all, put the team on his back.

This season the Clippers return with their core of Chris Paul, Blake Griffin, and DeAndre Jordan. That much is the same, but the difference this year is the bolstered bench, adding Lance Stephenson, Paul Pierce and Josh Smith. These additions fill the gaping void on their bench that limited their ceiling last year.

The Raptors needed a star, and Kyle Lowry was it. Not only is he their best player, but he actually wanted to stay in Toronto. Given the tough sell that Canada can be to top NBA talent, it’s clear that Kyle Lowry is both the hero that Toronto deserves and the one that they need.

The Raptors can go only as far as Lowry can take them. On the floor he does a little bit of everything, but is especially good at getting to the rim with his size and speed. Reports have emerged over the summer of his dramatic off-season weight-loss, so it remains to be seen how Lowry’s new look will impact his play.

DeRozan has quietly been the Raptors’ best player out of the draft over the past five years. You can find DeRozan’s name on most of the major Raptors career leaders lists, yet his contributions on the floor are largely unsung. DeRozan is a very efficient player that has statistically improved himself year-over-year during his tenure as a Raptor.

At the end of this season he will likely opt-out of his contract and seek a new one for much more money. The Raptors must decide whether or not they want to commit that kind loud money to a player that has quietly kept them afloat all these years, because somebody ultimately will.

ICYMI: Hear from @AnthonyBennett after his first official practice with the Raptors yesterday http://t.co/Wj3tyANjH7 pic.twitter.com/3U1i6x3MAP

The Great Canadian Disappointment, Anthony Bennett was drafted first overall by the Cleveland Cavaliers in 2013 and never quite found his place on the team—or in the league for that matter. Hampered by injuries and illness, he was traded to the Minnesota Timberwolves, who ultimately bought out his contract. The Raptors quickly swooped in and signed him for around $900,000 last week.

For the Raptors, Bennett is a good gamble. They don’t have to invest much in him financially for a potentially great return.

Chris Paul made the biggest shot of his career last night to win Game 7 and the series for the Clippers. VIDEO: https://t.co/eIgeGE2Uke #CP3

Chris Paul is basically the basketball whisperer. There are quicker, more explosive, flashier ball handling guards in the league, but Chris Paul offers a combination of defence, scoring and an ability to control virtually all aspects of the floor that really nobody else has. He is a tactician with the ball that always manages to make the correct basketball decision. Enjoy what few minutes he does play on Sunday, as he is a first-ballot Hall of Famer, not to mention one of the best point guards ever.

Blake Griffin is the human highlight reel and should be the main attraction of the evening. If there were a reason to show up early and watch the players warm up, he would be it. He is most famous for his vicious poster dunks, but over the course of his career has evolved into a multidimensional force to be reckoned with. Griffin has developed himself into a legitimate league MVP candidate.