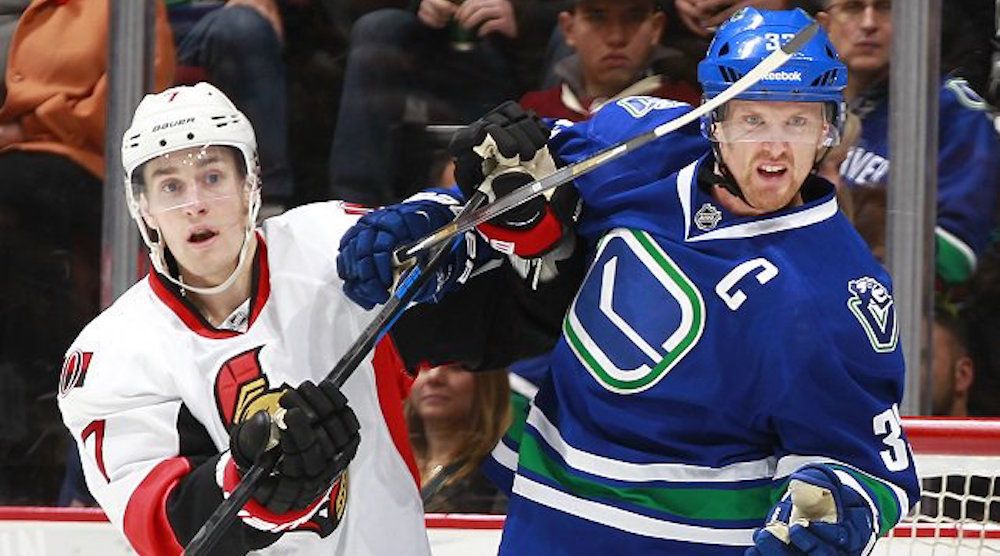 Reality sunk in on the weekend during the Canucks’ California road trip with back-to-back losses against the Los Angeles Kings and the Anaheim Ducks. The Canucks were lucky to earn a point and were handily outplayed in both games.

A home game against the Ottawa Senators on Tuesday is exactly what the doctor ordered.

The Senators are coming off of a 4-1 loss to the powerful Tampa Bay Lightning and begin the first of three road games in western Canada.

"I'll hopefully get rid of the nerves in warm-up. I played with Edler in pre-season, so I feel comfortable. It's a good opportunity" – Stech

Stecher will get a huge assignment tonight, playing with Alex Edler, who he had some success with during the preseason. He’s also getting the call to the team’s top power play unit, bumping Loui Eriksson to PP2.

Burrows and Dorsett out 7-10 days. Tanev is day to day. Has a walking boot on right foot. #Canucks

Playing six games in nine nights to start the season is a recipe for disaster on the injury front. While the Canucks amassed an amazing nine out of a possible 12 points during this stretch, a rash of injuries came out of the Anaheim Ducks game. Alex Burrows, Derek Dorsett, and Chris Tanev are all unavailable.

The Canucks are a competitive team when healthy, but do not have the depth to withstand extended injuries to key players. Burrows and Dorsett can be replaced relatively easy, but Tanev simply cannot.

2. Tryamkin situation an odd one

Nikita Tryamkin is an intriguing player in an odd situation. He refuses to go to the AHL to refine his game and sits ninth on the Canucks’ defence depth chart as a perpetual healthy scratch.

Willie says Tyamkin is "still on the (conditioning) program" and not quite there yet. #Canucks

Troy Stecher was recalled from Utica and will immediately be inserted into the lineup. Meanwhile, Tryamkin continues to practice with the Canucks and watch games from the press box.

This is a tale of a player who does not know what is best for him and a Canucks GM (Jim Benning in case you forgot) who negotiated a deal for the big Russian that handcuffed the team’s ability to develop the massive Russian rearguard.

Sooner or later, Willie Desjardins is going to have to bite the bullet and play Tryamkin. Tryamkin needs to learn on the fly and the Canucks need to find out what they have in him.

“I don’t want to play just one game, I want to make a career out of it.” BC boy @troystecher is set to make his NHL debut tonight. #Canucks pic.twitter.com/FEqlGREnke

New GM, new coach, and zero buzz. That is the Ottawa Senators in a nutshell.

The Senators are led by the talented Erik Karlsson along with some good young talent, but their roster is one that does not elicit excitement. They are the type of team that will likely be competitive for a wild card spot at best and, if they were to somehow squeak into the playoffs, would likely bow out quickly in the first round. This is the equivalent of hockey purgatory.

Karlsson leads the Senators with seven points in five games. Keep your eyes out for young snipers Mark Stone and Mike Hoffman, both have the ability to score in bunches.

After a dose of reality in LA and Anaheim, the Canucks should benefit greatly from another home game at Rogers Arena against a less than stellar opponent. Look for the Canucks to get out early and coast to a 5-1 victory lead by a multi-point effort by Loui Eriksson.