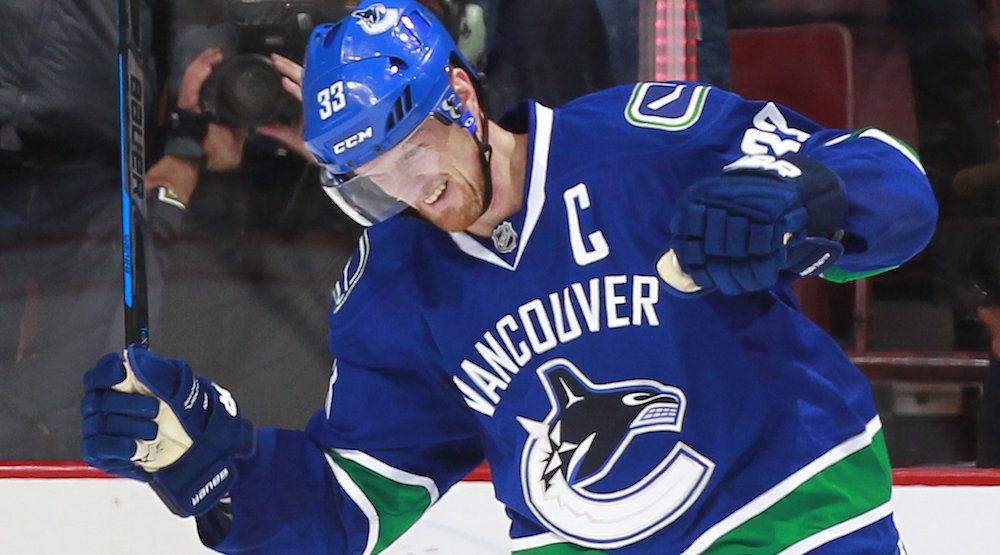 The Canucks win train keeps on chugging and it doesn’t show signs of stopping as the Sabres roll into town tonight. Early injuries to key players have been the story in Buffalo and if the Canucks can continue to keep their opponent at bay, they could very well find themselves with a 4-0-0 record by the end of the night.

The Canucks will go with the same lineup that won against the Blues, meaning that Jake Virtanen will sit out for a second straight game. The only exception is back-up goalie Matt Hewitt, who has rejoined his teammates at UBC as Ryan Miller returns to the lineup.

For the third straight game, it will be Jacob Markstrom between the pipes for Vancouver.

1. Are the Cardiac Kids back?

Nobody can say it hasn’t been an exciting start to the season! After clawing back from a 3-0 deficit to beat the Hurricanes on Sunday, Bo Horvat ignited Rogers Arena with a late third-period goal against the vaunted St. Louis Blues on Tuesday.

Despite a record of 3-0-0, the Canucks have yet to hold a lead in any of their first three games and have been down by at least a goal heading into the third period of each of those games.

While it certainly isn’t a recipe for success, it’s nice to see some energy from this team. Perhaps the numerous preseason projections have lit a fire under the Canucks early in the year…

After sitting out and mandating an emergency goalie call-up, Ryan Miller will dress for tonight’s game. Despite this, Jacob Markstrom will get the start in goal.

The team said that Miller didn’t suffer an injury per se, rather he was experiencing “tightness”.

Despite the Sabres being Miller’s former team, it doesn’t make sense to rush him back.

After a very promising rookie season, it appeared Jack Eichel was set to take the next step this year.

But the Buffalo Sabres received some awful news just a day before their season was set to start against the Montreal Canadiens. A high-ankle sprain will keep him out of the Sabres lineup for 6-to-8 weeks.

To make matters worse, Evander Kane suffered three cracked ribs after crashing into the boards in Buffalo’s season opener. Marred by injuries late last year and off-ice issues over the summer, this is probably the last thing anybody in Buffalo wanted. Once thought of as an option in Vancouver, Kane will have to wait until he returns to prove his worth to the team.

With two of the Sabres’ top offensive weapons on the shelf, it’s been a rocky start.

Who says this Canucks team can’t win?! Now, that being said, we could probably do without another nail-biting, comeback, overtime win. It hasn’t been pretty, but this group has managed to accumulate the maximum points allowed thus far in the young season.

Why not pick up another ‘W’ against a still rebuilding Sabres team who are projected to be at the bottom of the standings along with Vancouver at the end of the year?

Canucks win 2-0 and whispers of “goalie controversy” begin before the end of October, as is customary in Vancouver.