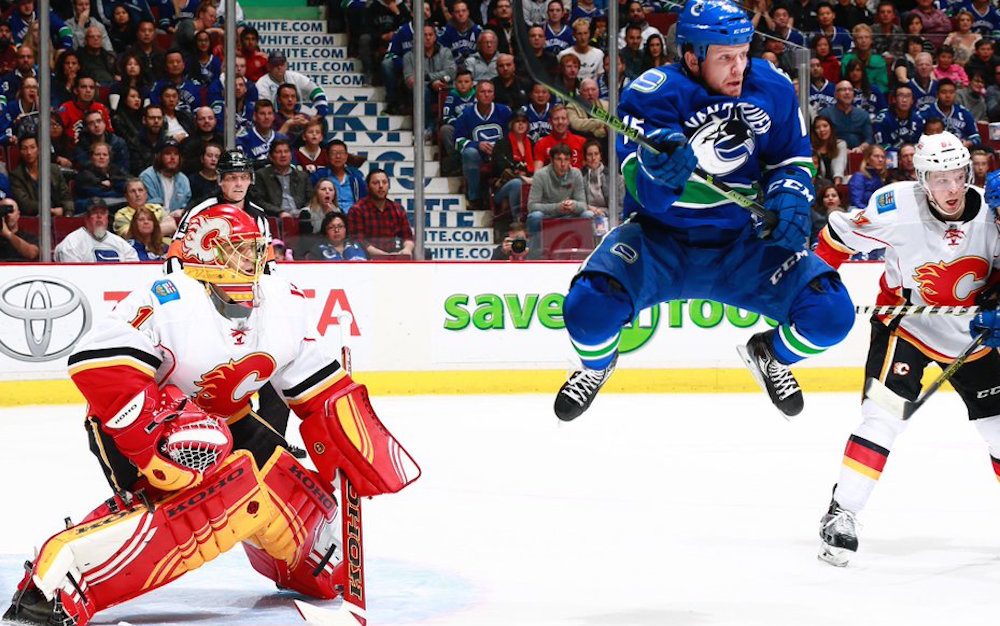 The Canucks will finally begin the regular season on Saturday. The NHL dropped the puck for the first time this season on Wednesday but Canucks fans have had to wait. In fact, no other team will have to wait longer for their first game.

Expect the Canucks to go with same lines that they’ve used at practice on Thursday and Friday. Nikita Tryamkin, Alex Biega, and the newly signed Jack Skille will be healthy scratches.

1. Horvat on the fourth line

It’s the biggest controversy of the season (so far): Bo Horvat is on the fourth line.

#Canucks will start the season with Bo Horvat on a line with Derek Dorsett and Alex Burrows…This is a joke…right?…No…it's not!

Has Desjardins lost his marbles?

It’s not a move I would have made, but it’s not as dire as you might think. Desjardins is known to roll four lines and given that Horvat sees time on the power play and penalty kill, he should still get a decent amount of ice time.

Still, it’s a strange move for a player that scored 30 points in the final 43 games of the season.

Part of the reason why Desjardins may feel that he can play Horvat is a more defensive role is the play of Markus Granlund in preseason. The question is if Granlund has indeed taken a step this year, or if his play was a Sergei Shirokov-like preseason mirage.

Granlund jersey if he keeps up his awesome play. #Canucks

Granlund will start on a line that I like to call the Abbotsford Connection.

Abbotsford native Jake Virtanen will play with a pair of former Abbotsford Heat forwards, in Granlund and Sven Baertschi. Can the trio – who are all under the age of 24 – produce offence?

If they can’t, bet on Horvat getting another look with Baertschi.

The Canucks have had six days off since their last game, a preseason game in Edmonton. Meanwhile, the Flames have played three games in four nights.

Vancouver will be pumped up for their home opener, while Calgary will be hungry for a win after dropping two in a row to the Edmonton Oilers.

Brian Elliott, the goaltender brought in to solidify the position for the Flames, has been unable to do so through two games. Expect Calgary to start backup Chad Johnson against the Canucks.

Philip Larsen has been given the keys to the power play to start the season. In this game we’ll get our first sense of how ready he is for the challenge.

Larsen has a lot of work to do, but he does look like a somewhat promising puck-mover who could be good for the power play.

The Canucks finished 27th in the league on the power play last season, mostly with Alex Edler at the helm. Ironically, Edler is red hot, finishing second in NHL preseason scoring.

The 26-year-old Danish defenceman was not very good in his first tour of duty in the NHL with Edmonton, but has been productive the past two seasons in the KHL.

There are a lot of questions that remain. Can Larsen make a difference on the power play? Will he be a liability at even strength?

The first test is tonight.

Look for the Canucks to come out rusty, fall behind, only to tie it up in the third period and win it 3-2 in overtime. Bonus prediction: Brandon Sutter scores the winner.