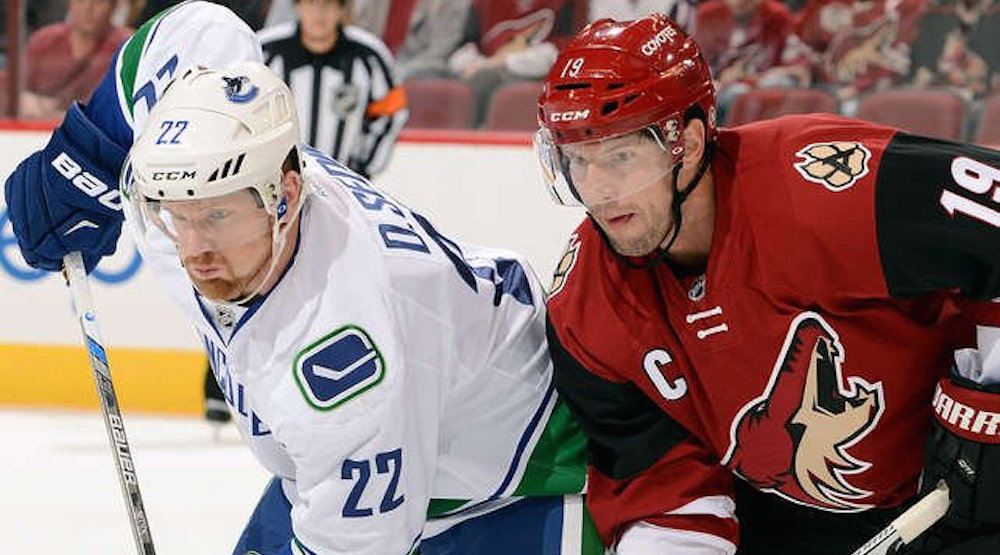 The Vancouver Canucks jumped to the good side of the playoff bar with last night’s 3-2 win over the Colorado Avalanche (AKA the worst team in the NHL).

The Canucks will enter the All-Star break on a modest two-game winning streak if they can win tonight’s game against the Arizona Coyotes (AKA the second-worst team in the NHL).

Can you imagine the Canucks entering the break as a playoff team? I sure can.

The Canucks played last night, so they didn’t skate this morning in Arizona. Jacob Markstrom got the win last night, so look for Ryan Miller to start in goal.

1. Get the points while you can

Since Christmas, the Canucks are 9-2-3 for 21 points. This is tied for third-best record in that span, behind only Washington and Anaheim. Three of their nine wins came against currently above the playoff bar in Anaheim, Edmonton, and Nashville.

The other six wins have come against non-playoff teams: Los Angeles, Colorado (twice), Arizona, Calgary, and Florida. The Canucks don’t have to apologize for this; in fact it’s a good thing that they are beating teams that they are supposed to. 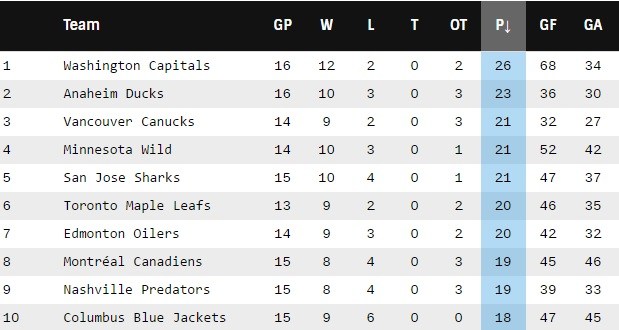 As an aside, I think my tier-4 roller hockey team could beat the Avalanche. But I digress.

Coming out of the All-Star break is a different story. Six out of their eight games after the break are against playoff teams. Additionally, six of these eight games are away from home.

So while it’s fine to get excited about Vancouver in a playoff position, we’ll see where they’re at on February 17.

Did you know that the top-four Canucks goal scorers are not named Sedin?

.@SvenBaertschi breaks down his 2 goal performance and compliments his teammates for his current success. pic.twitter.com/vpmYt7SvZ6

Presuming all of these players stay healthy, they are all on pace to score between 16 and 23 goals by season’s end. The Canucks haven’t had this much non-Sedin scoring for a couple of years.

This strong secondary scoring falls behind solid goaltending and improved defence on the list of factors behind the Canucks’ surprising season. But it goes to show that the Canucks have a balanced attack across their top three lines, no matter what order you list them in. 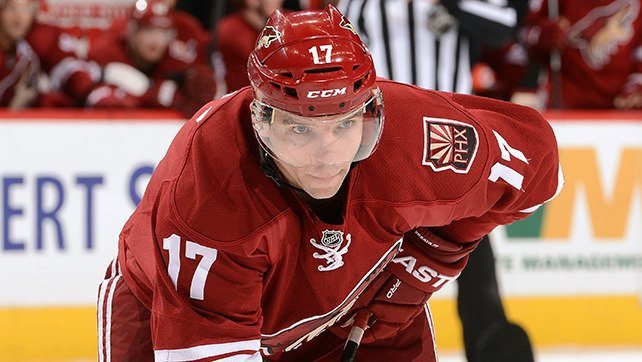 Just one year removed from his worst season (statistically speaking) in almost 10 years, Coyotes forward Radim Vrbata is having a bounce-back season. He leads Arizona in goals (11), assists (22), points (33), and shots (144).

Vrbata’s strong season poses an interesting dilemma for the Coyotes as the trade deadline gets closer: should they trade the Czech forward for younger players?

Vrbata’s one million dollar salary will undoubtedly be attractive to some suitors (although he stands to make up to $2.25 in bonuses based on games played, goals/points, and playoff run if any). Given the large number of teams that still consider themselves in playoff contention, the demand for a veteran player like Vrbata could be high come March 1.

As long as the Coyotes don’t do something silly like lose him to free agency for nothing at the end of the season. Wait a second…