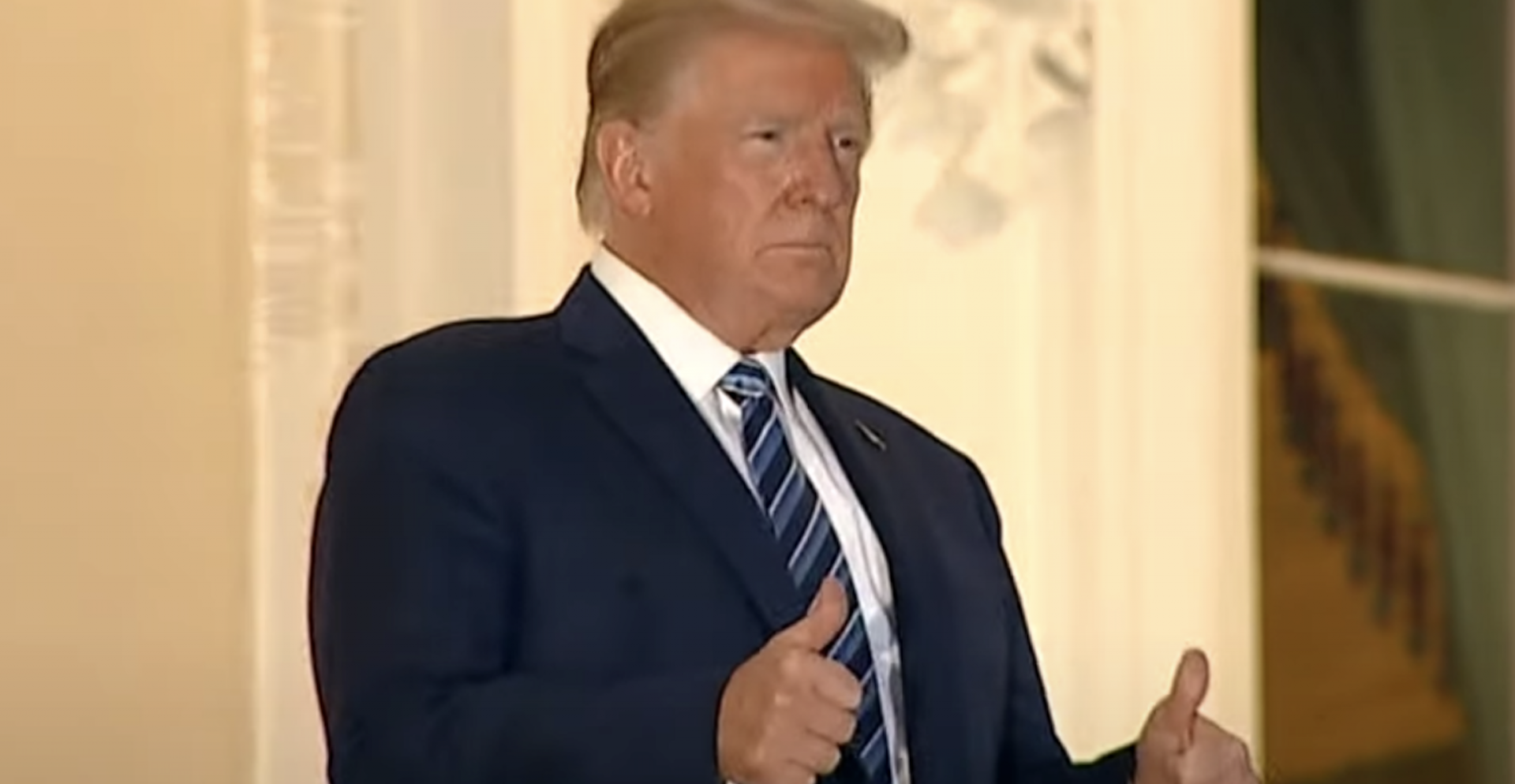 On Monday, US President Donald Trump left the Walter Reed Hospital in Bethesda, Maryland, to return to the White House following a “cautionary” visit to the medical center.

Late last week, Trump announced on social media that he and First Lady Melania both tested positive for COVID-19.

On Monday, Trump stated that he would be leaving the hospital to return to the White House.

This hour, Trump has left the Walter Reed Hospital and arrived back at the White House on Marine One. Upon arrival, Trump crossed the lawn, climbed the stairs, and posed for some photographs after removing his mask.

President Trump’s media team cut together a video of POTUS’ return to the White House, which he shared on social media.