The last year or so on planet Earth has been tumultuous to say the least. Wildfires, massive flooding, ultra-powerful earthquakes, hugely disruptive volcanic eruptions and even the occasional tsunami have changed the way we look at our environment. We’re now thinking seriously about emergency preparedness, hoping the Big One doesn’t catch us off guard with our pants down. Still, we should face the end times with our best foot and fashion forward.

Nestled on Alexander Street, between high end wood fired pizza joints and ramshackle art supply stores is Killa. A purveyor of the finest wearable electronics and high end disaster fashion gear. I met with Dennis Liquid; mastermind behind Vancouver’s most forward thinking clothing brand to speak about what it takes to look good while the world crumbles around us.

“They’re made to last for 20 years.” says Liquid about the CP &Company line of outerwear. “These jackets which go for $1100.00 plus tax, are huge in the UK and all over Europe. They’re made for fighting.” 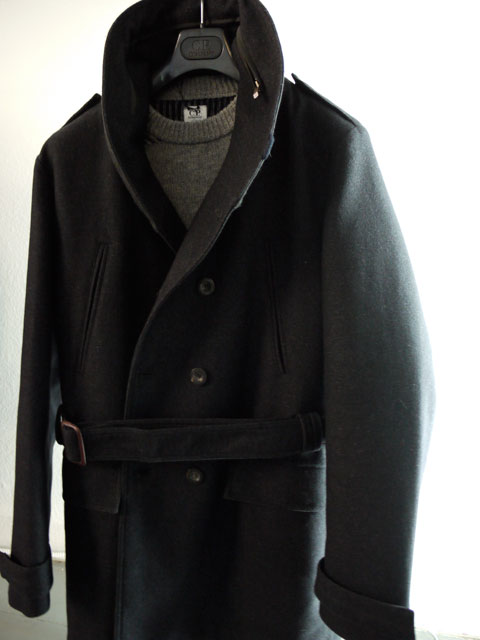 Designed in Italy, and based on a heritage style, CP Company’s jackets feature built in respirators and goggles and are made of the most modern materials giving the dual benefits of high end looks but at the same time, extreme durability. 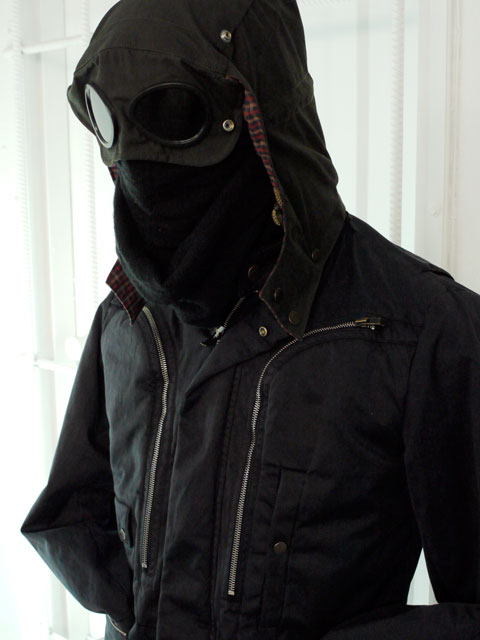 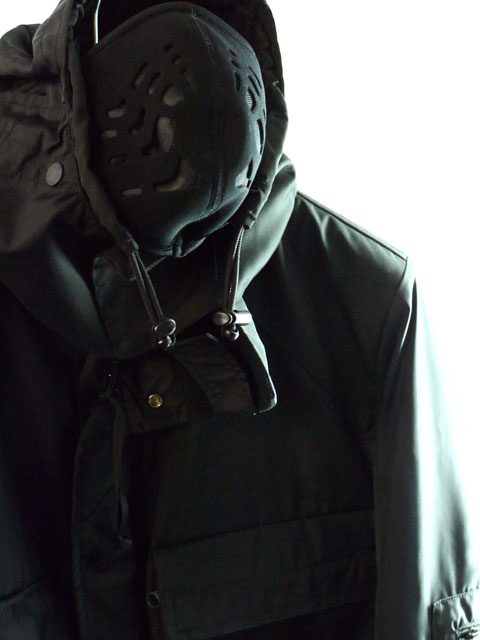 Liquid points to a series of what look like pockets lining a gore-tex and wool, classic cut vest, “This is where you can insert armored plates, and the jackets have a membrane that recognizes body articulation, like a ski glove.”

Of course, we here in Lotusland would never dream of getting into situations where one would need to upgrade their duds with kevlar or some other aramid, but it’s good to know there’s gear available that can accommodate that particular eventuality.

The inspiration to start Killa came from Liquid’s 15 + year connection to the skate and snow wear industry which enabled him to learn the ropes of the volatile yet lucrative garment trade.

“I’m a dancer, so I developed connections with these companies as a B-Boy. They would hook me up with these clothes and I would promote the company. But my dream was to start my own clothing company in the breakdancing niche. I did a lot of research and figured out who was doing what” 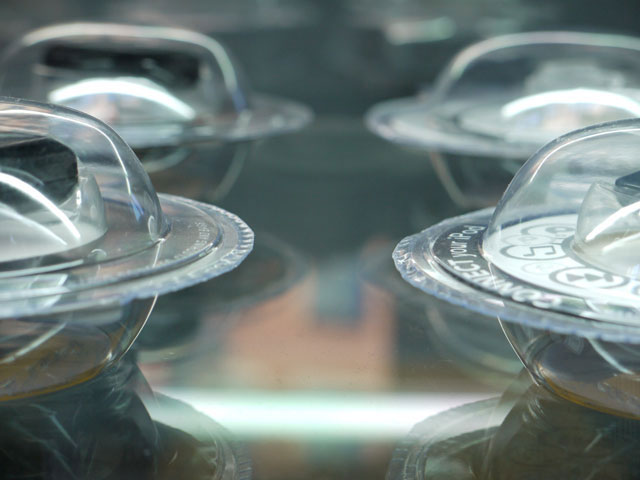 This led to collaborations between the Killa brand and companies as far away as Germany who would supply high end flexible photovoltaic panels and conductive fabrics used to produce a line of wearable electronics designed to withstand the rigors of war, while still maintaining a high fashion sensibility.

“My solar powered courier bag got featured in Gizmodo as a piece of refurbished Nazi technology, but it got a lot of attention. I’ve since sold a bunch of those, but the real moneymaker is the zip up hoodies” Says Liquid.

Manufactured in a facility on Main Street, the hoodies are composed of cotton milled in Ontario and use a combination of conductive fabric and a specialized Bluetooth module which fits snugly in a custom pocket. The user can control their i-device simply by touching a “button” screened on the fabric of the hoodie itself.

At around $150.00 and change, the hoodies are comparable to any offerings from high end designers, but have the added benefit of being almost 100% locally made, which makes the price more than reasonable.

Liquid explains: ” It’s still pretty new technology, and It’ll take maybe 5 years before it hits the mainstream. But since I have it made locally by CYC, I can offer it to customers now instead of having them buy it later from some manufacturer in China.”

We talk more about navigating the perilous world of branding and various legal issues surrounding its establishment. 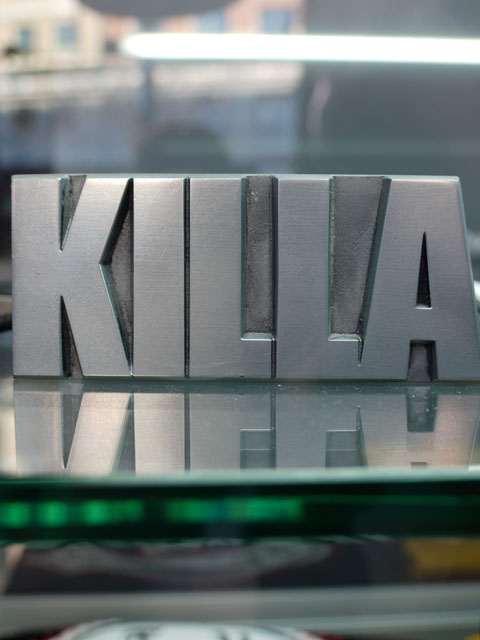 “It cost me like ten grand in legal fees to get the brand established, but it’s worth it. I don’t have to worry about someone ripping on my name.”

My favorite piece, besides the hoodies and CP&Co jackets was the WW2 canvas and leather backpack. Rated to withstand about 50 years of use, the packs combine a high end solar panel with tried and true military design to present a product for the ages. You can charge all of your gear in as little as 15 minutes under the sun with the available connectors. It can also charge under regular lights. 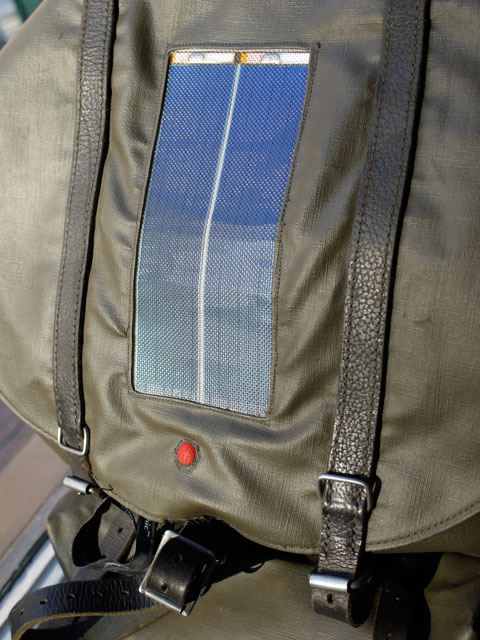 Liquid tells me that several people who purchased the packs are using them for work in the oil patch, which, while seemingly incongruous, makes perfect sense since they’re out in the field and know to use the sun’s limitless energy rather than some dirty Energizer to power their cameras, GPS units and cellphones.

So, gentle readers, here’s the deal. Shit around the world is hitting the fan. Governments are falling, tides are turning, fault lines are quaking and we’re stuck in the middle. But not all is as bad as it seems. We can face Nature’s onslaught and look great doing it. All we have to do is pay a visit to Killa. Ask for Dennis Liquid, and tell him I sent ya. 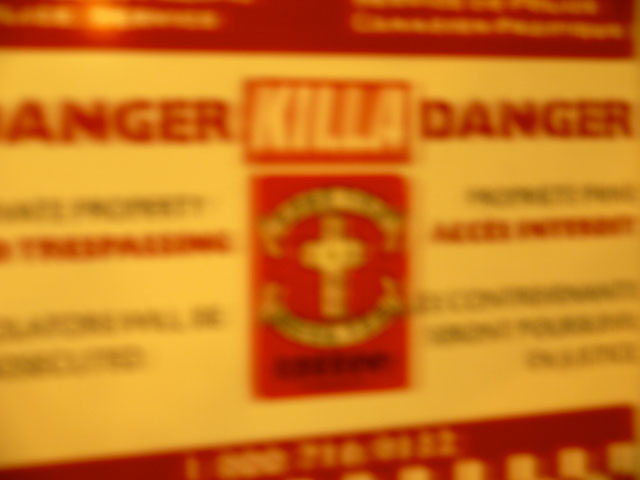