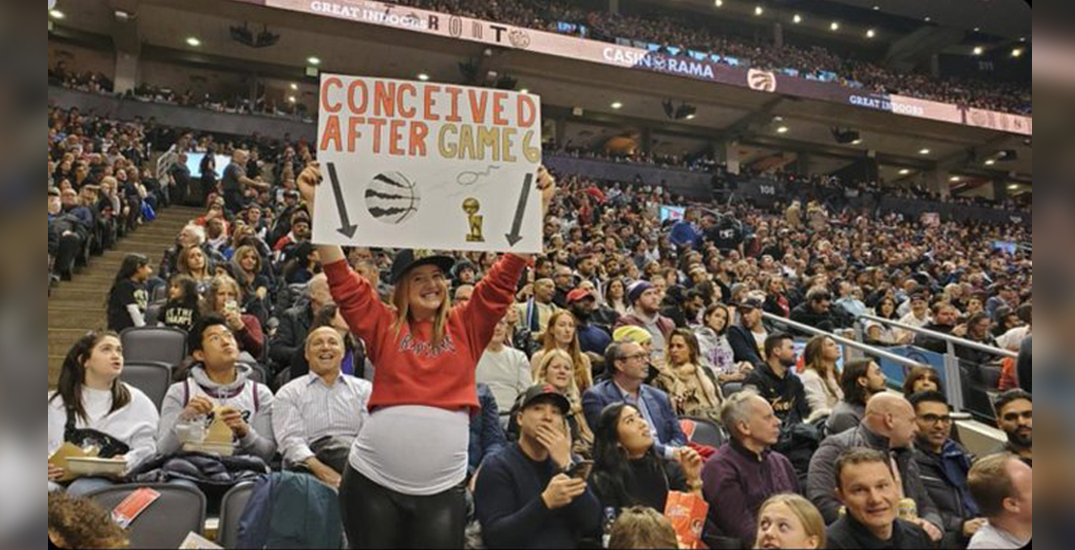 A pregnant Toronto Raptors fan elicited some laughs when she brought a sign to a game sharing how her bump came to be.

Eric Smith, one of the Raptors’ play-by-play commentators, shared a picture of the woman who he identified as Steph carrying her handmade message.

“Conceived after Game 6,” her poster reads, with photos of the championship trophy, a cartoon sperm cell, and arrows pointing to her belly.

The Raptors won their first NBA Championship in six games last summer, and the entire city went wild. Clearly, this fan and her partner took part in their own celebrations.

It’s the “best sign I’ve seen in a while,” Smith tweeted.

Kyle hit me up on Instagram and shared this photo; the idea he had…that his wife, Steph, was more than happy to follow through on! https://t.co/pfEUKHpdeG pic.twitter.com/S2QneVTP2x

Some people replied with their suggestions of what to name the baby:

Man when that kid finds out “mom, why am I named Kawhi Van Siakam?”