I miss the thrill.

I miss everything about the game.

To a certain point I’ve accepted I’m never going to feel that again. I’ll find passion in other things I do. I’m enjoying running my company now, but I’ll never replace hockey.

Every kid who grows up in B.C. dreams of one day playing for the Vancouver Canucks. Surrey’s Prab Rai nearly achieved that dream. Drafted by the Canucks in 2008, Rai signed a contract with the team in 2010. A top-line point producer in Junior, he looked to be on his way. Then a car accident changed everything.

This is Prab’s story, from his own account. Arranged by Omar Rawji.

I tried coming back from my back injury three times every year after it happened in 2010. My longest stretch was 24 games. They all ended the same – with me hunched over in pain, not able to move properly.

This past September I tried to play again. I lasted seven games before my back went out again.

That’s when I realized it was time to step away.

I had just turned 25 and thinking about going through the cycle of training for a year, lasting two months and getting injured for six months again – I just couldn’t do it.

I always told myself I’d keep coming back as long as I believed I could play. I knew I’d have pain in my back for the rest of my life, but as long as I could compete at the highest level and my body could battle through it, I’d keep going.

But my body said you can’t do this anymore.

If there was any doubt I could still play, that my back could still hold up, I would try again.

Note: Rai played a total of 38 games for the Kalamazoo Wings, the Stockton Thunder, and the Evansville Icemen in the ECHL in the past three seasons. He put up 9 points. 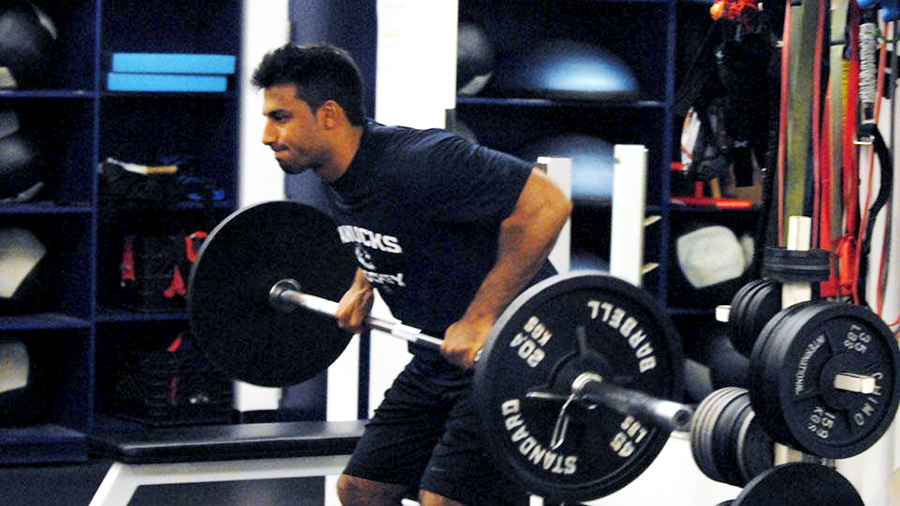 I still feel pain in my back most days and I know I have to be careful with it.

I can throw it out doing the smallest things. I grew up playing lots of sports, but if I push myself now, I regret it the next day. I’ve also been dealing with colitis for a while, and the stress the injury put on my body made its effects a lot worse.

I was officially diagnosed with colitis in 2010, but I realized I had it a couple years earlier because my mom has it and I saw the symptoms. I was afraid someone would tell me I couldn’t play, so I hid it.

Basically, I have ulcers in my colon. It’s an autoimmune disease and there’s no cure for it.

There were days we played where I just wouldn’t have the energy I usually have and I didn’t know why. I didn’t tell my coaches or my team about my stomach issues because I didn’t want them to tell me I couldn’t play.

One game I’d be flying and the next I’d be exhausted.

But I knew I had this issue so I tried to be even better conditioned so when those days did happen, I was still effective. 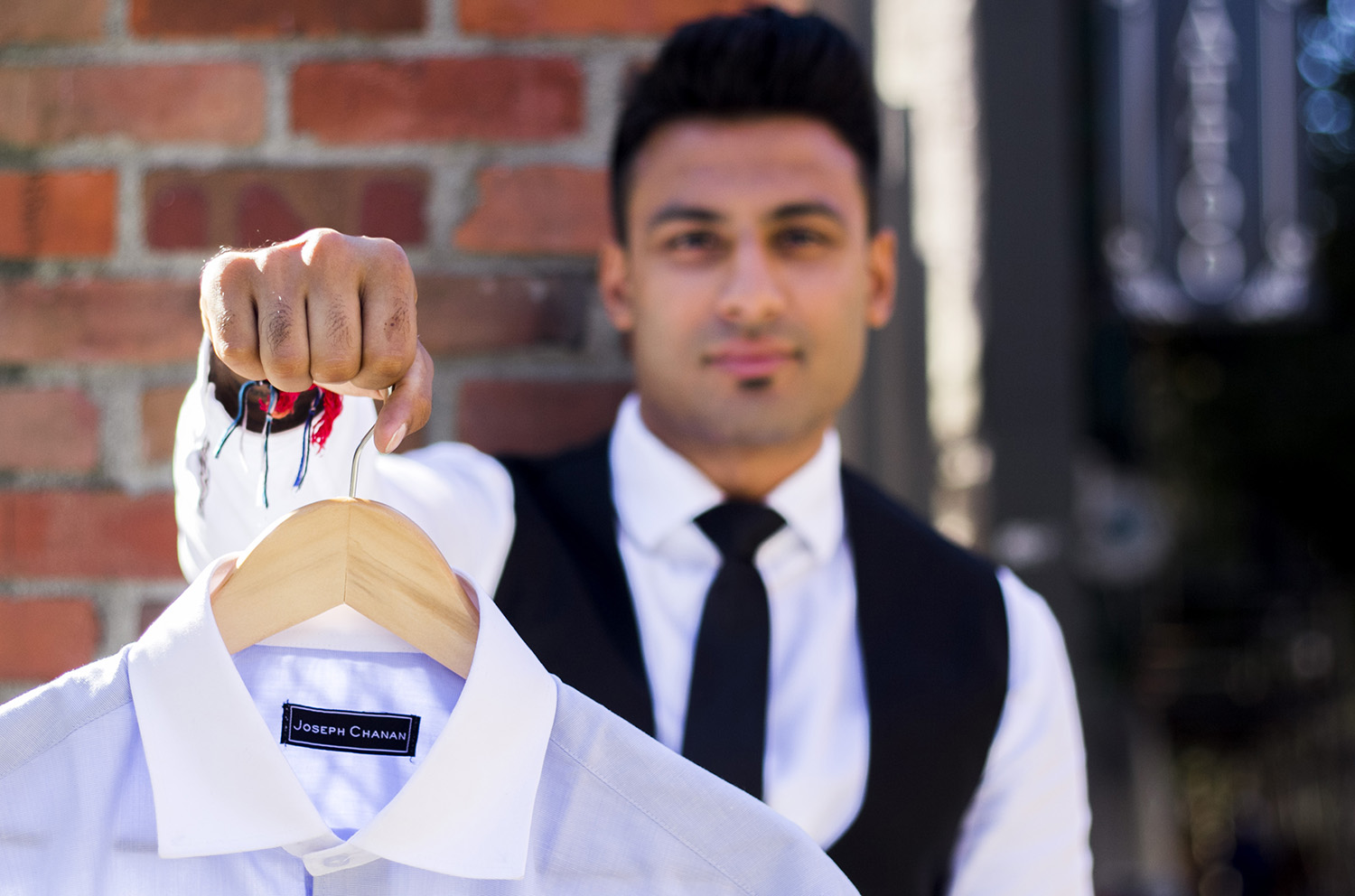 My teammates knew me as a guy who was always well dressed.

Before the hockey seasons started in Seattle, I’d take the guys shopping to get their suits picked out for the year.

I started my clothing company, Joseph Chanan, because hockey players have different style of bodies – they have big butts but not big calves, so they’re big at the top but not at the bottom. It’s hard to find clothes that fit us. I found no matter how much I spent – if I went to the most expensive store and spent thousands on a suit, I’d end up back at the tailor getting it fitted properly.

My parents were heading to India one time, so I gave them my measurements and had them bring me back some suits.

I got a bunch from different tailors, but there were four that came from one guy that were amazing. They were so consistent and they fit so well. Soon we sent some orders for my brother, who has a different body type, and they looked great on him too.

That’s how it began. I saw other companies doing similar things, so I saw the potential.

People think tailored clothes are for skinny people – they have this idea that they should lose weight before they get clothes made, but that’s not right. If you buy something off the rack, it’ll fit in some areas, but it won’t in others, so it’ll give you a boxy look. Custom clothes are fitted for your body and they make you look slimmer.

That’s what we’re trying to get across – after you put on a custom-made suit, you feel like you’ve lost 20 pounds.

Our goal is to make everyone look as good as they can. Just because you don’t have a six pack, which most people don’t, it doesn’t mean you can’t look good in clothes.

Other companies do suits and accessories, but we want to be a full clothing brand. We have watches and jeans and we’ve got a women’s clothing line coming out. And we have a deal with Stitch It, where you can walk into any of their locations across the country, get your measurements taken, place your order and have it in 4-6 weeks.

I just kind of worry about myself, not what others are doing. I’m more worried about making my company the best possible. It’s the same mentality I had in hockey.

In Vancouver hockey is everywhere. I probably think about it at least once a day – I think to myself it would be nice to be at the arena today.

I catch myself thinking maybe I could still do it.

Then I realize I can’t.

There’s so much I wish I got to experience. Growing up, my dream was always to play in the NHL, but I also dreamed of playing in the Olympics because my dad did. I would have loved to share that with him.

Sometimes it seems like it was all a dream – I live such a different life now, I kind of feel I’ve lived two separate lives.

Some people ask me if the physical pain I’m in now is worth it.

Living with emotional regret is much more painful than living with physical pain – walking away from something you’re passionate about and feeling like maybe you could’ve done it – that’s no way to live in my eyes.

I’m at peace stepping away from the game because I know I saw every doctor possible, I went through every treatment possible, I’ve done everything possible. I came back three times and my body couldn’t hold up anymore.

The dream was right there in front of me. I was so close.

So yes. Absolutely. It was worth it.