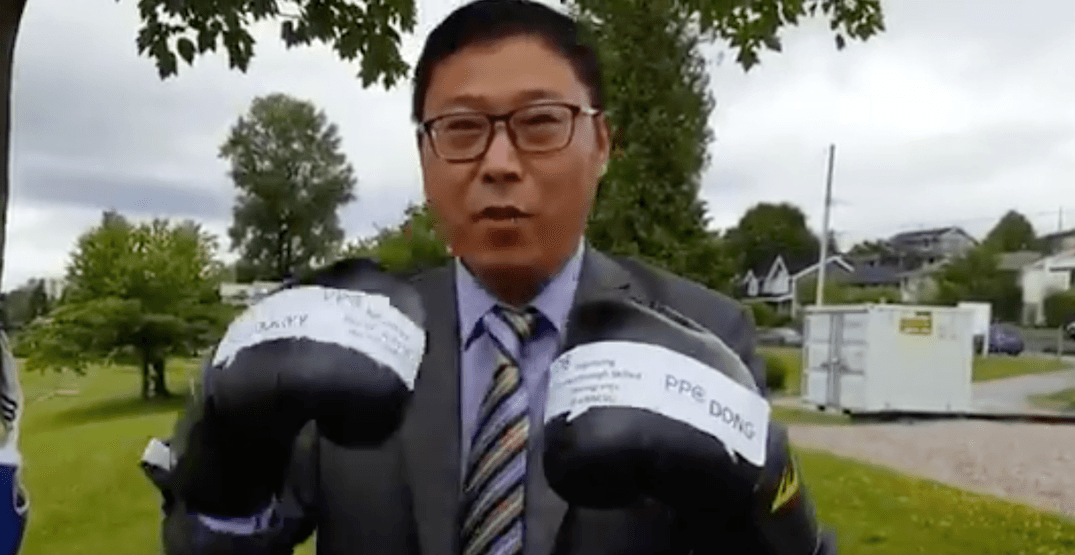 It’s an unmistakable sign of an election on the horizon: Slowly but surely, campaign ads, videos, and signs, are starting to appear – both around town, and online.

Now, a new contender for the People’s Party of Canada (PPC) has jumped into the ring of growing candidates: Rocky Dong, who hopes to represent the federal riding of Burnaby-North Seymour.

And while some might be content to just send out a release or a statement – possibly even at a community campaign kickoff, Dong has decided to do things his own way.

This week, Dong tweeted a video, announcing his candidacy.

“Hi, I’m Rocky,” he begins. “Not the Rocky Balboa; I’m Rocky Dong, a mild-mannered businessman and your People’s Party of Canada candidate for Burnaby-North Seymour.”

In the video, Dong says he will “fight for the values of [PPC leader] Maxime Bernier.”

He pledges to do this through things like tackling the higher costs of living, eliminating the carbon tax, and giving more resources to law enforcement and border security.

While themes like these may sound familiar, Dong’s video is like nothing we’ve seen before. Take a look for yourself:

For #respect, #responsibility, #freedom and #fairness, please welcome your new advocate for #BurnabyNorthSeymour, Mr. Rocky Dong! On behalf of @peoplespca and representing @MaximeBernier, @Rocky12134860 will support your rights and fight against what makes life harder!#PPC2019 pic.twitter.com/KZvuDNbI3p