A huge portion of downtown Vancouver is without power, leaving more than 1,000 customers in the dark, according to BC Hydro.

The area that’s out is East of Hornby Street, South of Hastings Street, North of Pacific Boulevard and West of Main Street.

Power is also out North of Cordova, South of Waterfront, East of Homer, and West of Columbia.

There are 255 customers without power on the 100 block of West Georgia Street as well.

The areas without power are largely confined to Gastown and Yaletown and are due to a cable fault.

Here is a map of the power outage: 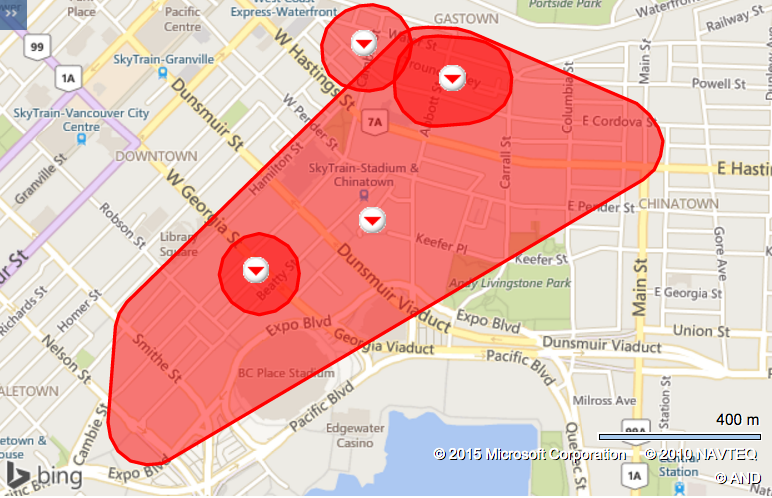 Traffic lights are affected and people should use the four way stop procedure in the event of a downed stop light.