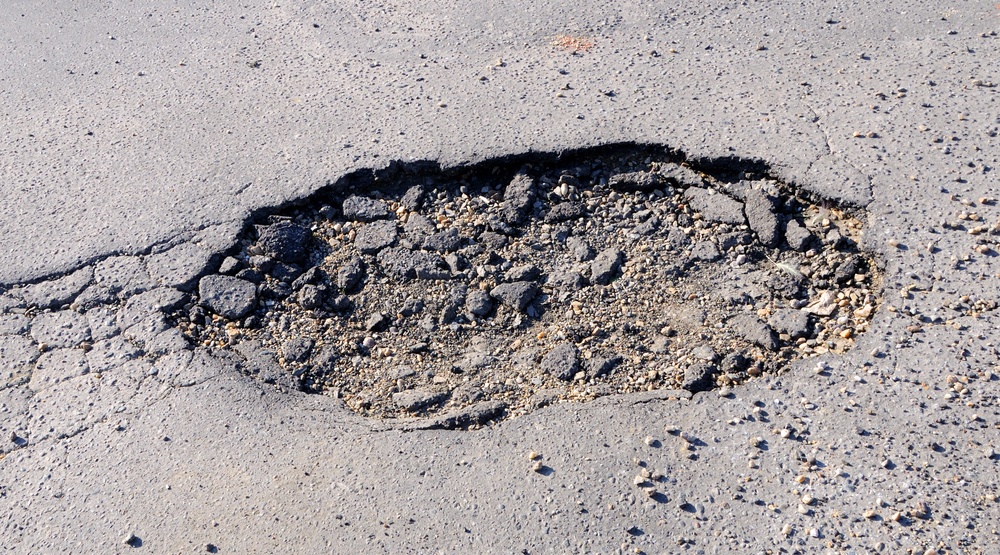 It’s been a busy season for Darren Ell.

Ell is the general manager for Mainroad Group’s Lower Mainland division – which maintains numerous roads and routes throughout the region.

And while Metro Vancouver’s roads may be snow-free these days, this past winter has left behind another problem: potholes.

Ell told Daily Hive that the company has already repaired 3,340 potholes this winter.

This is significantly more than the total amount repaired in the last few years, including winter 2015/16, when 1,631 potholes were repaired, and winter 2013/14, when repairs topped out at just 1,074, he explained.

Ell noted that Mainroad “doesn’t maintain many areas” within Vancouver city limits, but takes care of numerous travel routes around the city.

Mainroad does an inspection of their roadways once every 24 hours to look for safety concerns, he furthered.

When a pothole is found, “we complete the repairs as soon as possible and as safely as possible, trying to avoid the most congested times of the day,” he said.

If the pothole can’t be fixed at the time it’s discovered, “it will be re-assigned to a different crew [and] many times this is the nightshift crew.”

Ell noted that weather plays a factor in the pace of repairs as well.

“The weather must be conducent for paving,” he explined. “To complete a patch using hot-mix asphalt, generally there must be a dry surface and temperatures need to be 5° celsius and rising.”