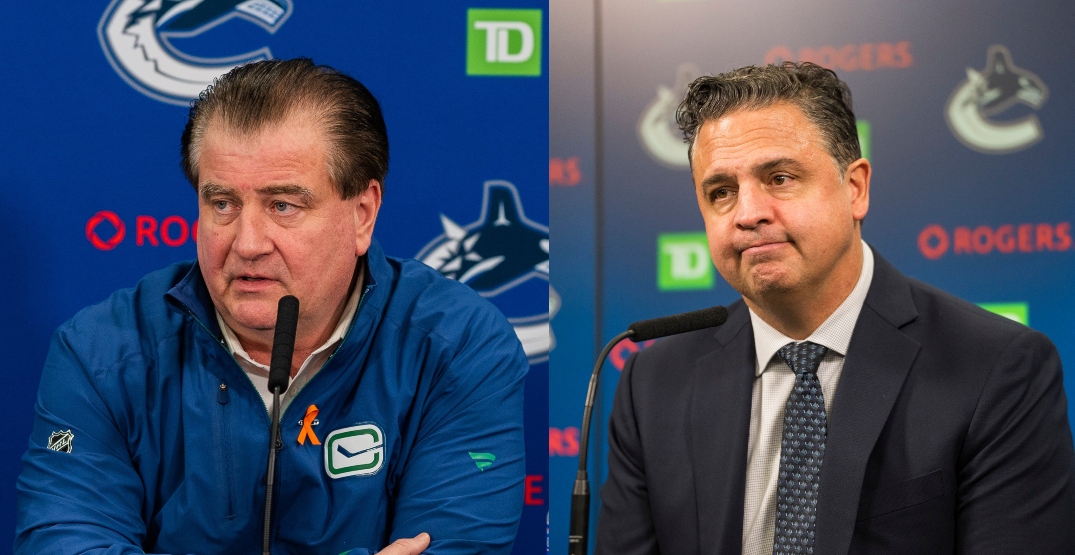 It was one of the most impactful days in Vancouver Canucks history.

Jim Benning is gone. Travis Green is going with him. John Weisbrod and Nolan Baumgartner have also been let go.

It was a major shakeup that deserved major coverage, so our friends at Sekeres and Price jumped into action.

Matt Sekeres, Jeff Paterson, and Andrew Wadden held an emergency podcast Sunday evening, just as news broke that the Canucks were firing Green. Not long after the Green news broke, we found out that Benning was gone as well.

Listen to the guys break it all down here.