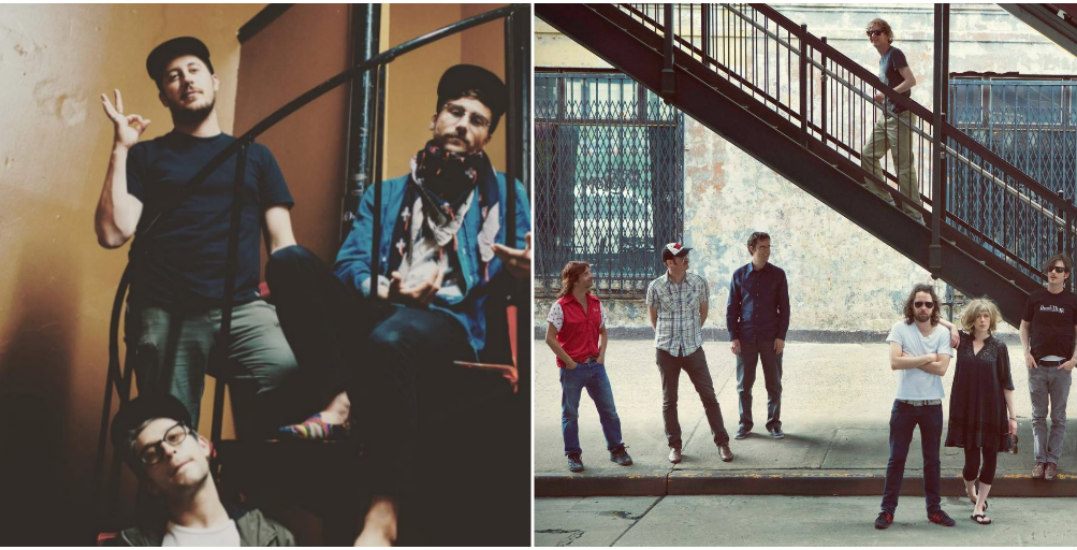 Rock bands Portugal. The Man and Broken Social Scene are slated to bring big sounds and bigger performances to Metro Vancouver this summer.

The groups will be taking over the main stage at Deer Lake Park in Burnaby, with special guests on Saturday, September 1. And this is set to be one of those ‘make you shake your hair’ gigs that you really don’t want to miss.

Woodstock, the latest album by psychedelic beat makers Portugal. The Man dropped in June last year and features tracks like ‘Live In The Moment’, ‘Easy Tiger’, ‘Feel It Still’, ‘Keep On’, ‘So Young’, and ‘Tidal Wave’. You can expect to hear the musicians perform these tracks with some oldies at their summer concert.

Broken Social Scene released their latest album back in July 2017 with Hug of Thunder. This album is filled with open chords, spacious psychedelia-tinted breakdowns, and multi-voice harmonies with tracks like ‘Skyline’ and ‘Protest Song’. Plus, it includes appearances from 15 members of the Broken Family, including Leslie Feist and Emily Haines. They’re basically Canadian Indie Rock Royalty, and you can have tickets to their latest coronation.

Tickets to see Portugal. The Man and Broken Social Scene live at Deer Lake Park on September 1st went on sale this morning at 10 am, starting at $59.50. You can snap up your tickets to the all-ages show via Ticketmaster.

Or, you could be attending the concert with a friend – for free. Simply enter the contest below for your chance to win!

To enter for your chance to win two tickets to see Portugal. The Man and Broken Social Scene live at Deer Lake Park on September 1st, do at least one of the following:

Contest entries will be accepted from the time and date of publishing until 11:59 pm on March 19, 2018. One winner will be chosen at random and contacted through the platform they used to enter.