Midtown, Mount Pleasant’s newest mixed-use low-rise condo development, wants to give one lucky person, plus five friends, a VIP Tasting Experience at Bomber Brewing. Winners will be announced May 8 at the Living Midtown Block Party.

Midtown is a new mixed-use low-rise condo development by PortLiving that will be built in one of the city’s most sought-after and trendy neighbourhoods: Mount Pleasant. Situated on Broadway between St. George and Carolina Streets, Midtown’s 41 homes, including two concrete townhomes, will be one- and two-bedroom suites, ranging in size from 506 to 1,407 square feet. The residential portion of the five-storey building will be set above street-level retail, further adding to the surrounding dynamic area of various coffee shops, microbreweries, neighbourhood restaurants and shops. 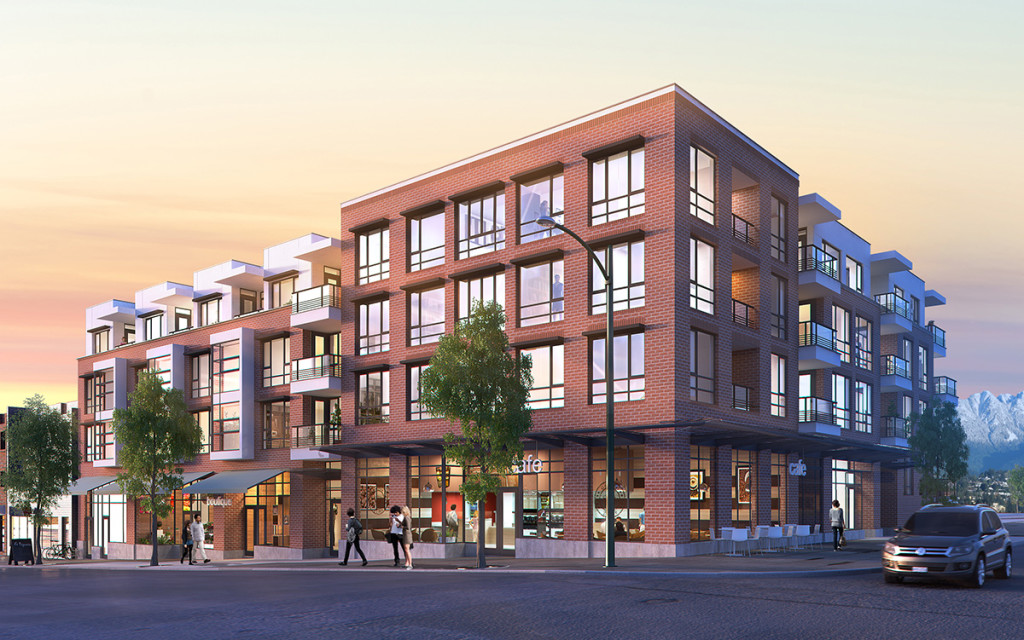 Mixed-use developments are a growing trend for Vancouver and developers looking to bolster vibrancy and traffic to an emerging area. As a result, the increasing popularity of mixed-use projects is causing retailers to vie for coveted spots among a limited number of commercial spaces, where previously downtown centres and retail blocks may have held a greater appeal.

For Midtown, PortLiving has committed to helping determine the community’s needs and to gauge the appeal of different retail offerings, by offering a three-month long Midtown Experiment, which will feature weekly pop-up retail shops, including clothing stores, mini markets, exhibitions and events at the development site. In addition to featuring various businesses’ pop-up shops, the Midtown Experiment is engaging the HERE campaign, which encourages public input and gathers feedback from the community through casting ballots on the types of retail shops neighbours want to see in the area.

On Thursday, May 8, PortLiving will be hosting the Living Midtown Block Party – inviting residents and neighbours of the community to come out and get a taste of all that can be expected of the growing area of Mount Pleasant. Starting at 4 p.m., the party will be held at the Midtown site at 589 East Broadway, and will be complete with live music, food trucks, giveaways from local craft brewery, Bomber Brewing. The public is also welcome to visit the Presentation Centre to place their own ballots for suggested retail shops through the HERE campaign.

The winner of the VIP Bomber Brewing Tasting Experience, including a guided tour of the brewery and tasting session for an additional five friends, will be announced and available for claim at the Living Midtown Block Party.

To enter to win the VIP Bomber Brewing Tasting Experience package (tour for 6 people, including a tasting session – value of $200), do the following:

1. Leave a comment below nominating your preferred retail outlet for the new Midtown development.

4. Attend the Living Midtown Block Party on May 8 to see if you’ve won!
We’ll be announcing the winner on Twitter (@VancityBuzz) at 5:30 p.m. on May 8, prize would need to be claimed in person by 8 p.m.