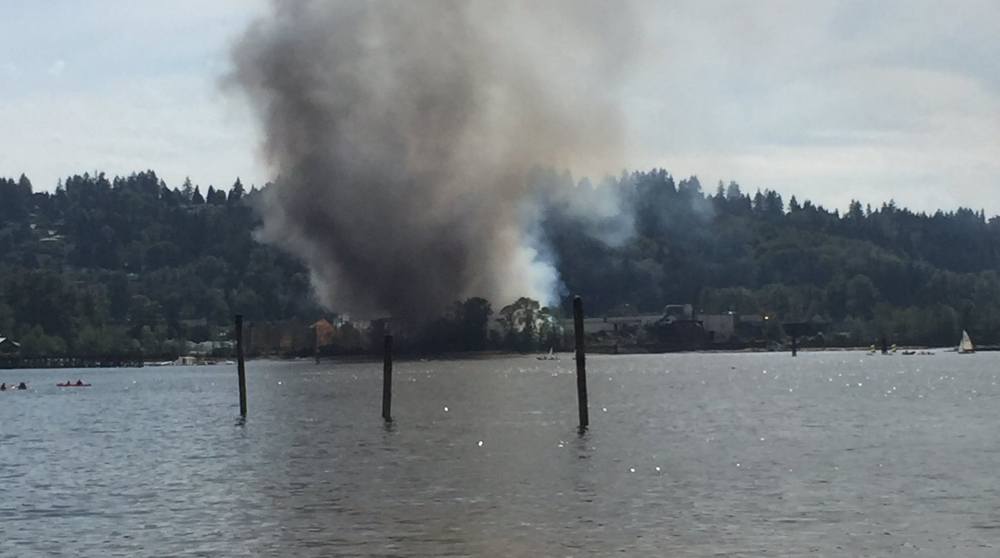 A fire broke out at Flaveille Mill in Port Moody this afternoon. A sizeable plume of smoke can be seen across the region.

Photos and videos posted onto social media show a large plume of smoke billowing out of the sawmill located on the eastern end of Burrard Inlet.

According to Port Moody Fire Rescue, they are responding to the blaze.

Looks like a wood mill in Port Moody is on fire. #portmoody #fire pic.twitter.com/C4opK7KPmz