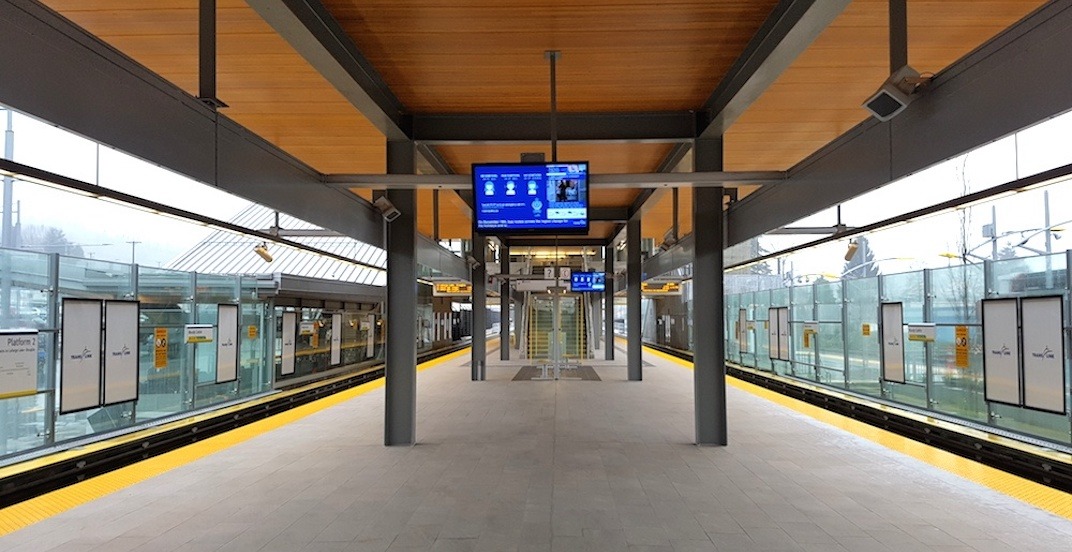 Is it technically possible to provide Port Moody with an additional third SkyTrain station, and would the ridership be worth the cost?

The newly released findings of a study by consultancy firm Urban Systems, commissioned by the City of Port Moody, suggest an additional station on the Millennium Line Evergreen Extension — between the east tunnel portal and the existing Moody Centre Station — could cost between $50 million and $100 million.

City council directed city staff to commission the study to explore having SkyTrain better serve future high-density developments within the Seaview neighbourhood, just west of Barnet Highway and the tunnel portal. The largest development in the area is the 24-acre Woodland Park project by Edgar Developments and BC Housing, where buildings of up to 19 storeys could contain over 2,000 homes.

In order for a station site to be deemed suitable, there must be a straight, flat section of track, generally allowing a station platform of 82.5 metres in length to meet the station standards of the Expo and Millennium lines.

West of Moody Centre Station to the tunnel entrance, the only location with such a section of track is near Queens Street, which was intentionally designed to allow for a potential future station. 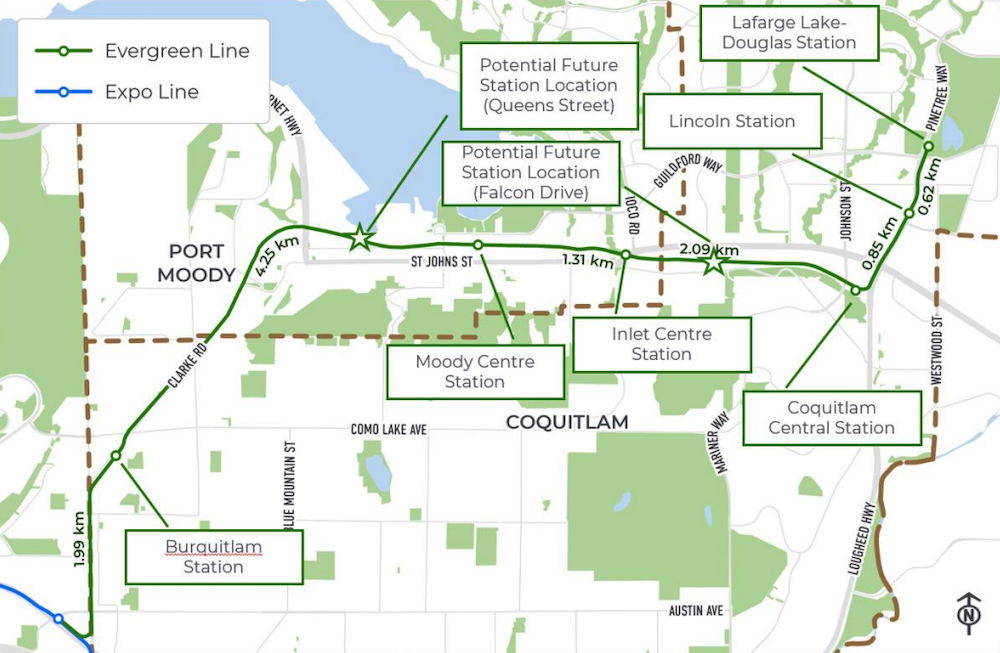 But the study deemed that as Queens Street Station is very close to Moody Centre Station, its overlapping catchment area would cannibalize some of the ridership at the existing station. Moreover, it would not serve the Seaview neighbourhood well.

A station further west of Queens Street, closer to Barnet Highway, would better serve the Seaview neighbourhood. By 2035, based on the area’s development growth, a Queens Street Station is forecast to see 409,000 annual boardings (it would be the second least busiest station today after Sea Island Station), while a station close to Barnet Highway with a direct pedestrian and cyclist connection to the Seaview neighbourhood would see 978,000 annual boardings — more than double the ridership, and a stronger ability to reduce private vehicle trips.

But there are technical challenges to a station closer to Barnet Highway. Further analysis would be needed to determine whether this scenario to the west of Queens Street would require the reconstruction of a segment of the existing track for a straight, flat length suitable for a station, which would lead to much higher construction costs exceeding $100 million and disruptions to Millennium Line service.

It would likely not be possible to construct a station inside the tunnel or at the tunnel portal due to the steep grade and depth, and the resulting exceedingly high cost. 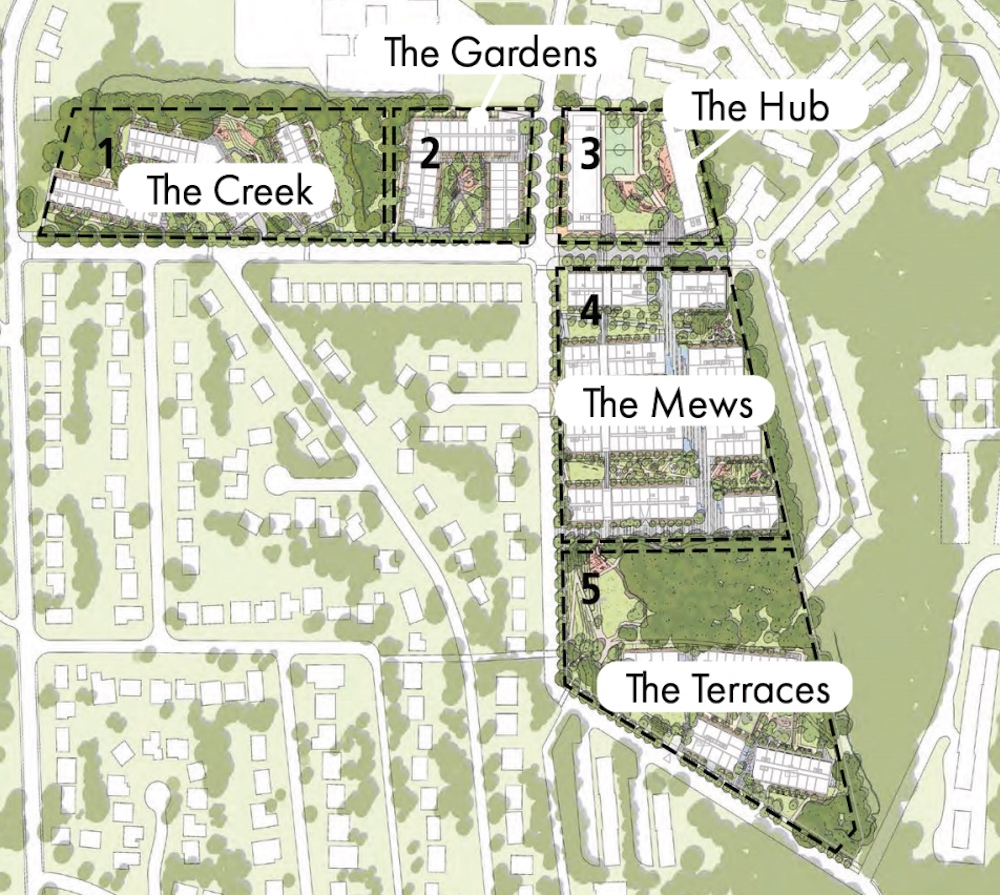 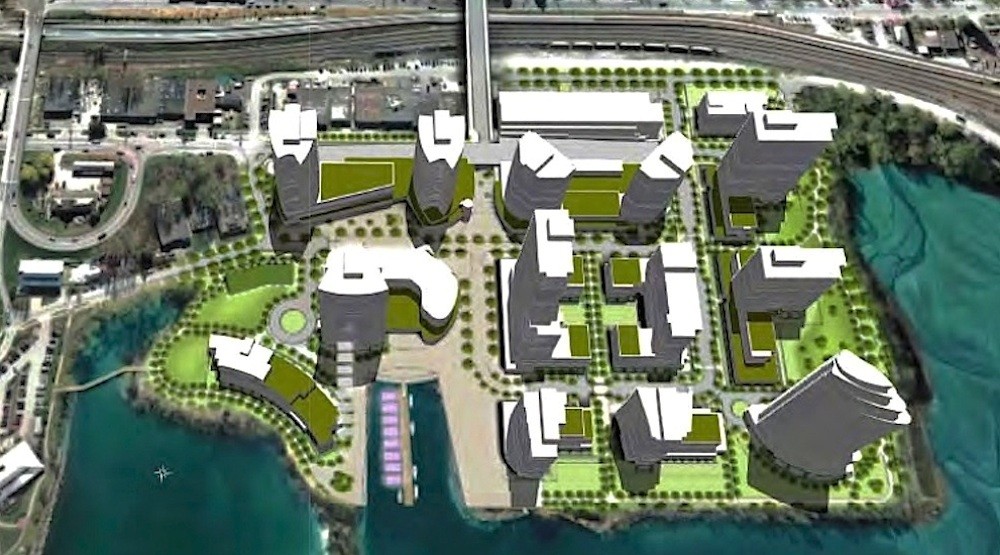 According to the city, the current development applications under review in Seaview and the area west of Moody Centre combined could house 11,500 people and generate 1,200 jobs. This includes the Woodland Park and the Flavelle Oceanfront sawmill redevelopment projects.

Currently, without any additional station, it is a 37-minute walk from Woodland Park to Moody Centre Station, and a 29-minute walk to Burquitlam Station beyond the western end of the tunnel.

Port Moody’s existing two SkyTrain stations — Moody Centre and Inlet Centre — are amongst the lowest stations for ridership on the entire SkyTrain network, ranking fifth and fourth, respectively, for the least ridership in 2019. But that is expected to change over the coming decades when major new redevelopments are constructed next to both stations.

An area spanning 23 acres surrounding Moody Centre Station is owned by multiple private and public entities, including TransLink and the provincial government. They are collectively proposing to build a combined total of 4,000 homes in over a dozen towers up to 36 storeys, along with ample commercial and institutional space for about 2,000 jobs. 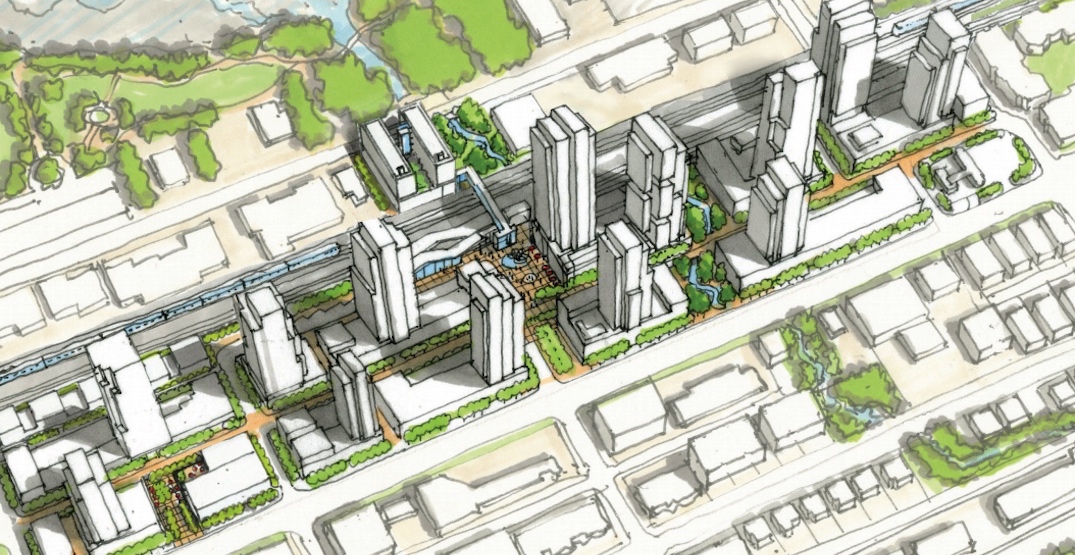 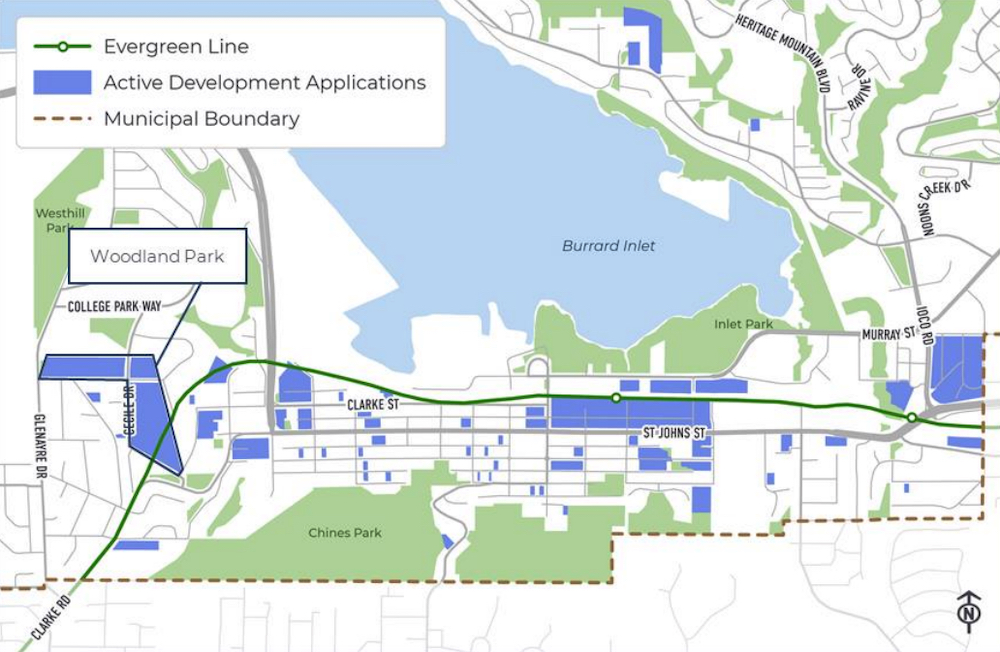 The study points to the City of Richmond’s model of funding the new Capstan Station on the Canada Line as a potential way to cover the construction cost of an additional station in Port Moody.

In 2012, Richmond’s municipal government reached an agreement with TransLink and developers around Capstan Station to charge a levy of $7,800 per home to cover the station’s original construction cost estimate of $31.5 million. The city reached its funding goal years earlier than anticipated, but by 2022 the construction cost increased to $52 million, with TransLink covering the balance. Construction on the station officially began in September 2021 for an opening in early 2023. 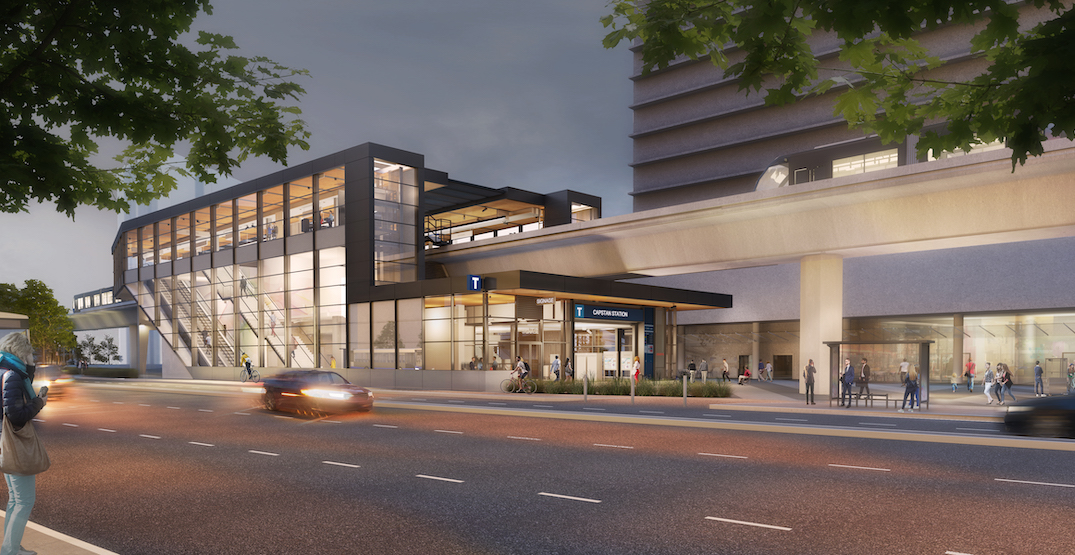 For the next steps for to explore the feasibility of an additional station in detail, Port Moody’s municipal government would need to work in partnership with TransLink.

To the east of Inlet Centre Station, the City of Coquitlam’s approved City Centre Plan in 2020 calls for a future station at Falcon Drive, next to the SkyTrain operations and maintenance facility in the area.