The firm responsible for managing the Port Mann Bridge are now claiming those destructive “ice bombs” that smashed windshields and injured motorists in December 2012 were an “Act of God.”

Transportation Investment Corporation has been responding to lawsuits filed by drivers whose vehicles were struck by massive chunks of ice falling from the bridge’s cables. 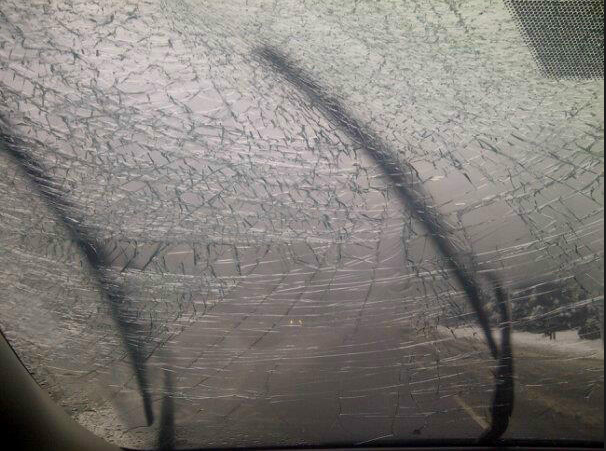 In response to one such suit filed by a motorist who says she was injured when her car was hit by an “ice bomb,” TI Corp has filed court documents stating the falling ice was due to a “confluence of extreme environmental conditions both unforeseen and unforeseeable … and was the inevitable result of an Act of God,” according to News 1130.

Up to 350 vehicles were damaged by the “ice bombs,” resulting in hundreds of claims filed with ICBC, costing an estimated $400,000. While ICBC has been working on the damage claims, the injury cases are making their way to the courts, though so far it has not been determined if it was the bridge or a higher power to blame.

TI Corp says the design, construction, operation, and maintenance of the bridge employed “reasonable care,” though they did make changes and additions to specifically address the issue of ice accumulation during winter storms after the ice bombings.

In 2013, the Port Mann Bridge implemented fixes to ensure the ice bombs wouldn’t fall again. The improvements included a custom-designed cable-sweeping system and additional coating on the structure.