The recent appointment of the Vancouver Police Department’s (VPD) new chief, Adam Palmer, makes room for a topic that has been debated times over the years: should there be a change in policing in the Downtown Eastside (DTES)?

Vancity Buzz spoke to two groups who have a vision for change as well as the VPD about their past and current methods and initiatives in the DTES.

Businessmen and shoppers flooded the streets of the DTES in the early days of Vancouver’s founding. The neighbourhood was bustling with shops and restaurants, businesses and banks, along with city hall and the provincial courthouse. The DTES was the city’s political and economic powerhouse — but it has long grown apart from the reputation it was known for. The area is now referred to as Canada’s “poorest postal code,” and is defined by its high numbers of homeless and drug users, which makes the area a critical patrol zone for the police. 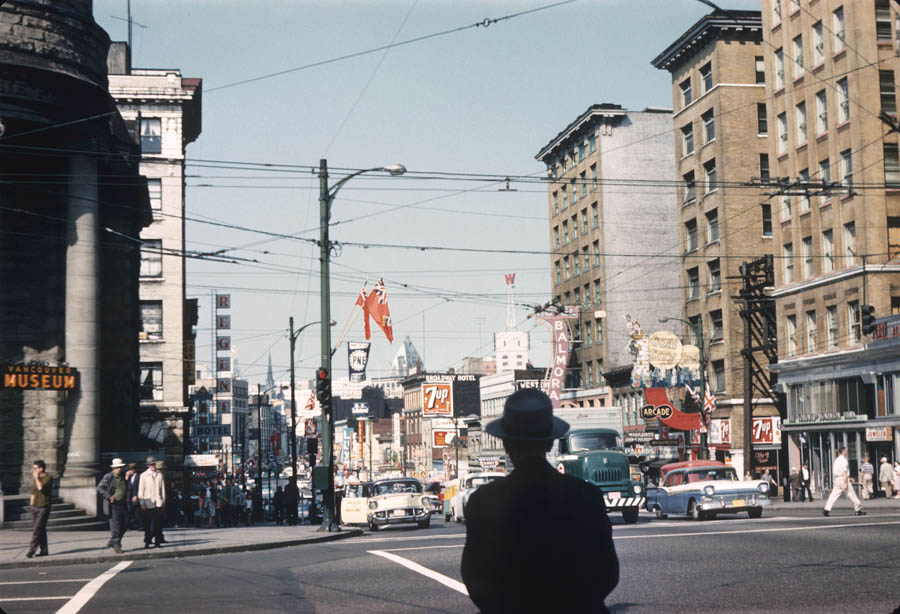 Over the years, the VPD has taken up various steps and measures to control the DTES problem, often associated with violence and overdoses. But the policing methods believed to be effective by the VPD is other times seen as counter-productive in the eyes of social groups working for and within the DTES.

Pivot Legal Society, an organization of lawyers that strive to address the root causes of poverty and social exclusion through their practice, says that their relationship with the VPD has significantly improved since Jim Chu’s term as chief constable. During the years prior to Chu, Pivot Legal saw little cooperation and a great amount of hostility from the police.

“Chief Chu had a really good relationship with a lot of non-profits that operate in the neighbourhood,” said Doug King, police accountability lawyer for Pivot Legal.

Chu and the VPD were under fire for their investigation into the mass murders of Robert Pickton. He had apologized, saying that the VPD “could have and should have caught him sooner.” Chu was later given praise for his progressive approach to dealing with sex workers, as well as installing programs such as SisterWatch and catching human traffickers such as Reza Moazami.

“A lot of that honestly just kind of had to happen, after everything we saw,” said King.

Pivot Legal has been pushing the VPD for more police accountability, particularity when it comes to their dog squad. Vancouver accounts for 80 per cent of dog bites in the entire province, and there have often been great discrepancies between what police say happened, and the story of the person targeted.

The VPD has taken up on the issue and had provided a report to the Vancouver Police Board for equipping their dogs with body-worn cameras. Though cost is the department’s biggest hurdle, leaving them with no plan to equip their dogs in the near future.

As the police accountability lawyer, King looks at a lot of the interactions and daily doings of the police to evaluate what could be changed. He says one thing they have yet to take action on is to remove the police’s “status quo” in the DTES. He says through what he’s seen, police hold a militaristic attitude, giving the general public a perception that anyone can be a threat at any time.

Philosophical difference on the role of police

“Generally speaking, when we look at police, I really think we need to change our relationship with police. Traditionally, they used to play more of a community centred role. In a lot of ways we’ve departed from this engaging style of police to this anonymous style of police where it’s all about punitive kind of relationship,” said King

King referred to the VPD’s Beat Enforcement Team as an example of this punitive relationship.

The beat unit is a patrol unit created by the VPD in the early 2000s. The officers deployed to the unit are to be on foot instead of in the car, as a push to better engage and connect with the community. The beat is the VPD’s push for proactive policing. By having officers walk around the streets of the DTES, they hope to gain the trust and support of the locals.

However, Hugh Lampkin, president of the Vancouver Area Network of Drug Users says that this overcrowding of police is affecting the area negatively.

“If you’re standing around and talking to somebody, it seems like that’s enough for them to come over and ask for your ID,” Lampkin says. “When people feel like cops are approaching on to them they are going to get very defensive.”

But Constable Brian Montague who walked the beat unit from 1996 to 1999 says that he’s surprised groups would view the unit in a negative light.

Montague said that the beat unit gave him the opportunity to get to know people in the neighbourhood, some of their problems, and how to deal with them. 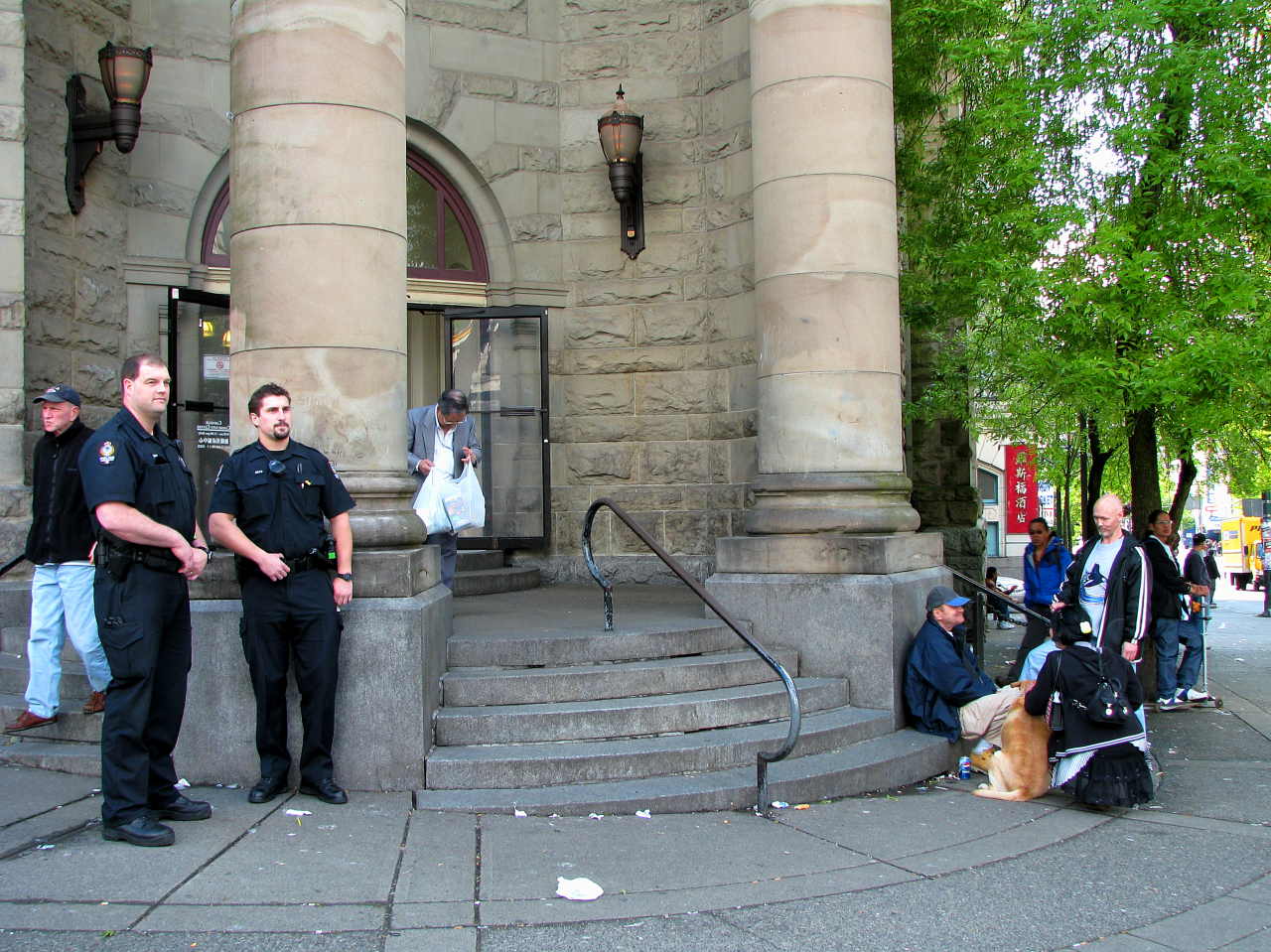 Image: Cops outside the Carnegie Centre/Wikimedia

“It’s to stay in touch with the community down there. If we were to remove them, you would lose a valuable resource,” said Montague. “We know that there’s a lot of things happening in the Downtown Eastside that are unreported, and we want to build that rapport and build that communication so that they will report these crimes to the police.”

However, King says that this kind of patrolling is only effective for catching minor crimes, such a jaywalking. And due to the high number of police present in the DTES, enforcement of by-laws are exclusively happening in that area.

A Freedom of Information request into jaywalking ticketing from 2008 to 2013 revealed a “ticketing blitz,” with 75 per cent of tickets concentrated in the DTES.

In December 2008 alone, 1,264 by-law violation tickets were handed out in the neighbourhood. The enforcement push came as a result of a rise in car collisions with pedestrians along East Hastings.

“It’s uncomfortable for a lot of people to think about it this way, but the reality is giving out tickets to people who are selling stuff to survive isn’t effective,” says King. “It won’t change anyone’s behaviour, and it’s only making their lives more difficult. A worse case scenario if it gets them in a court appearance that they can’t make it to, they have a warrant for their arrest.”

But Montague says the hike of ticketing in the neighbourhood was the VPD’s response to a high number of vehicle-pededestrian accidents along Hastings.

“We have very strong philosophical differences about what police really are in a society,” King says.

The VPD’s ticketing has since then dramatically dropped in the DTES. The city of Vancouver has instead issued a 30 km/h speed limit along a few blocks of Hastings.

But King says it took a lot of effort and convincing on the part of Pivot Legal to bring this issue to light, and they saw a lot of reluctance from the VPD throughout the process.

Upon his appointment to chief constable, Palmer recently said he is not looking to make major changes in the force, and wishes to carry on what Chu has done.

Montague says that one of the first things Palmer is doing is reaching out to the community to hear their concerns.

Throughout his 28 years of service, Palmer has served as the head officer of Patrol District Two, which incorporates the DTES. 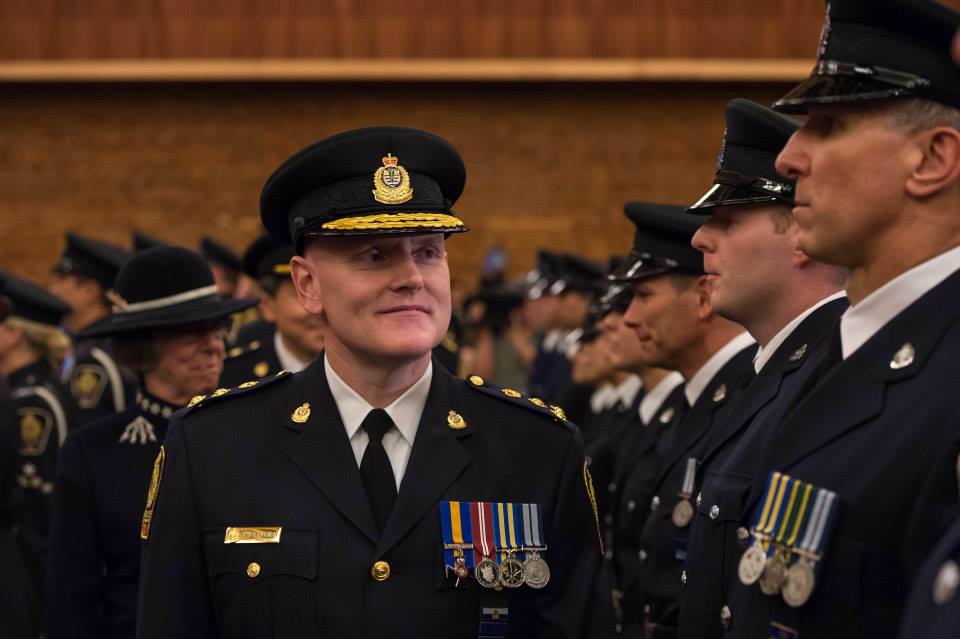 King says it’s hard to know where Palmer stands on certain policies, but says that Palmer’s experience is a great to have and will benefit the neighbourhood.

“At the very least, you have someone who has many years of experience as a patrol officer in the DTES. They understand a lot of the demographic and how it actually works on the street,” said King.

Groups like Pivot Legal and VANDU have a lengthy and prominent history with the DTES and have provided impactful insight to the VPD over the years regarding their service. With Chief Palmer’s experience and time working with the DTES, there may be a some amounts of change in policing coming to the neighbourhood.

“We’ll continue to sit down with Pivot and VANDU and try and work out responses on the concerns they have,” says Montague.

Both Montague and King say only time will tell what changes will come.