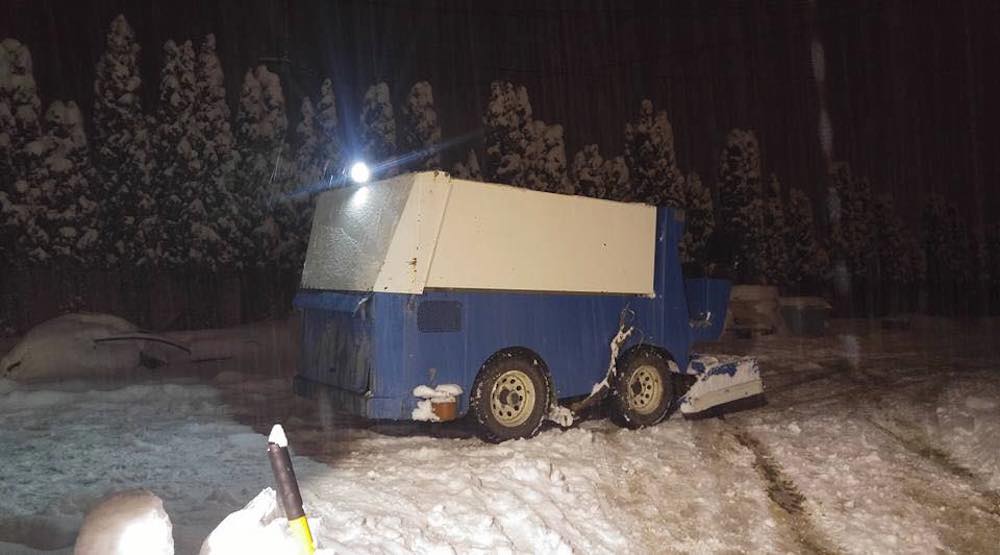 While his intentions were good, his methods should stay on the ice rink.

A man on Vancouver Island was spotted by police using a zamboni to clear snow from a road on Monday night during the snowstorm.

Central Saanich Police told Daily Hive they responded to reports of a man driving the zamboni in a residential side street in Saanich, a suburban municipality of the Greater Victoria area.

But by using the zamboni, he created a flat layer of hard snow and ice, likely making conditions more slick in the area.

“Officers and the zamboni driver were a little surprised, but both kept the interaction lighthearted,” said Corporal Dan Cottingham.

Officers did not charge the zamboni driver, opting to give him a warning instead.

“The driver had very good intensions and police realized this. He was asked to drive it back to his property which was only meters away.”

Central Saanich police pulled over a guy driving a Zamboni trying to clear the snow off Highway 17 and Tanner Road. pic.twitter.com/P4MbzdwRTL