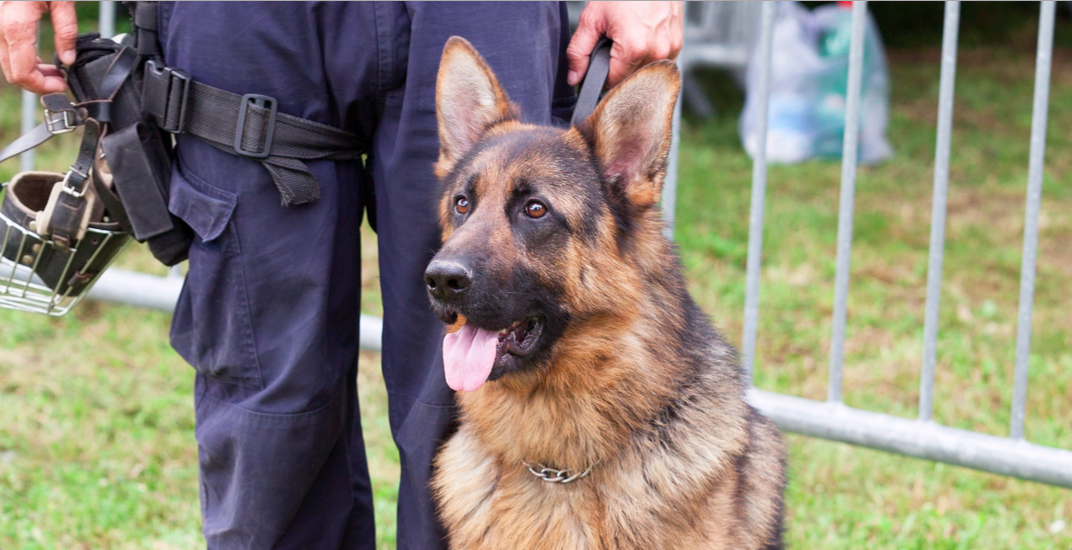 A police dog handler has been charged with assault in connection with an arrest that took place in Surrey earlier this year.

Around 8 am on March 31, members of the Surrey RCMP, along with the dog handler from the the Lower Mainland Integrated Police Dog Services, arrested a man at a Surrey home for property crimes.

In a release, police said that after the man was arrested, they received word that the suspect may have been assaulted by the dog handler during the arrest.

The Surrey RCMP Professional Standards Unit initiated an investigation into the incident, forwarding information they had to the BC Prosecution Service for criminal charge assessment. At the same time, an RCMP Code of Conduct investigation was also conducted.

As a result of the investigation, RCMP Cpl. Todd Abram of the Lower Mainland Integrated Police Dog Services was charged this week with with one count of assault.

Police said Abram is currently “on administrative duties,” and that his status “will be subject to ongoing reviews.”

Abram will be appearing in Surrey Provincial Court on a date that police said is still to be determined.