A support worker at a North Vancouver elementary school is temporarily off the job and police are investigating after the employee allegedly slapped a student last week.

The Grade 5 student was allegedly struck at Norgate Elementary on December 9.

According to RCMP Corp. Geoff Harder, the incident occurred on school grounds.

“We spoke with all witnesses and all parties involved and are assessing whether or not the elements of an assault are present,” said Harder.

A letter sent home to parents says the employee in question won’t return to work until the investigation is complete. Harder said the student was not injured in the incident. 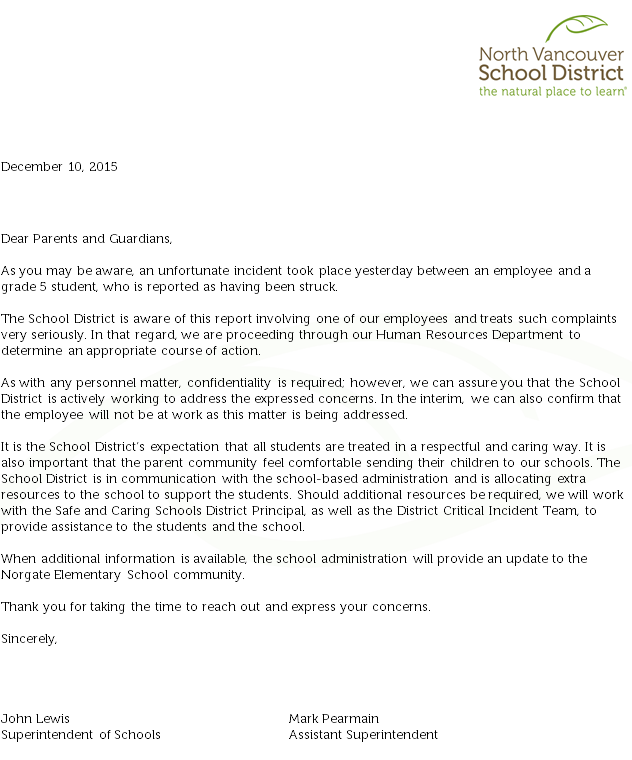