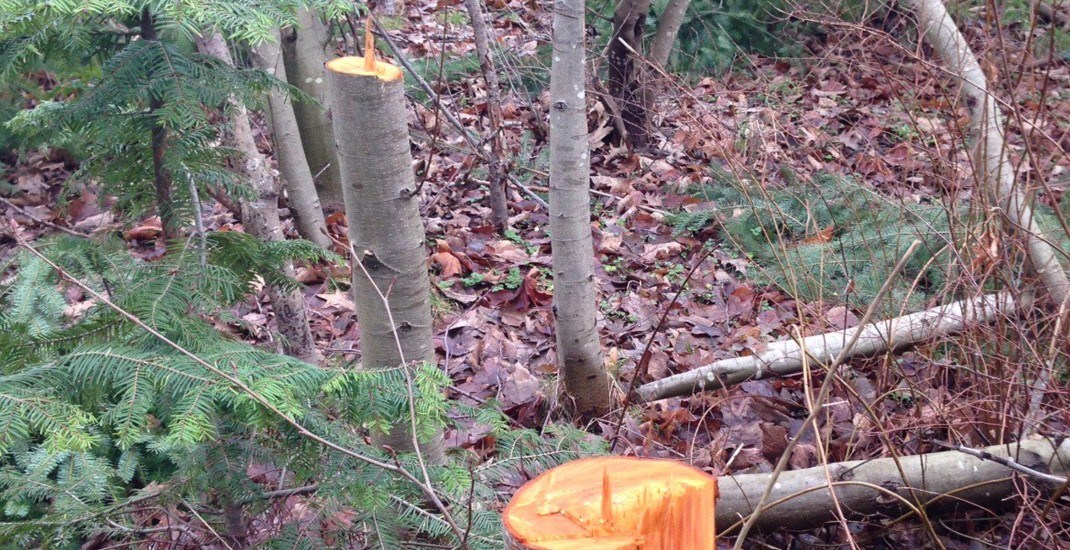 The Vancouver Park Board and Vancouver Police are investigating after nearly 50 trees were vandalized at Langara Golf Course.

In a release, the Park Board said that a variety of juvenile trees — including Sequoia, West Coast Cedar, Douglas fir, Fraser fir, and Alder — had their tops cut off.

“The trees, which provide protection from errant golf balls to people walking the trails at Langara, as well as shade and habitat for birds and animals, are unlikely to recover from the damage and will have to be replaced,” said the Park Board.

Media availability TODAY at Langara Golf Course, 13th hole at 2 pm. Media are invited to learn more about dozens of trees discovered vandalized in past four weeks. (Parking is at 7390 Columbia St. north of West 59th Ave, not clubhouse) pic.twitter.com/AmrCUWNfZ4

The Park Board is also investigating two other vandalism cases involving trees at Spanish Banks and damaged grass at Vanier Park.

Intentionally damaging trees is a Park Board bylaw offence and the board says it “intends to seek stiff penalties for whoever is found responsible.”

Anyone who witnessed suspicious activity or saw someone with a saw is asked to contact Crime Stoppers at 1-800-222-8477.