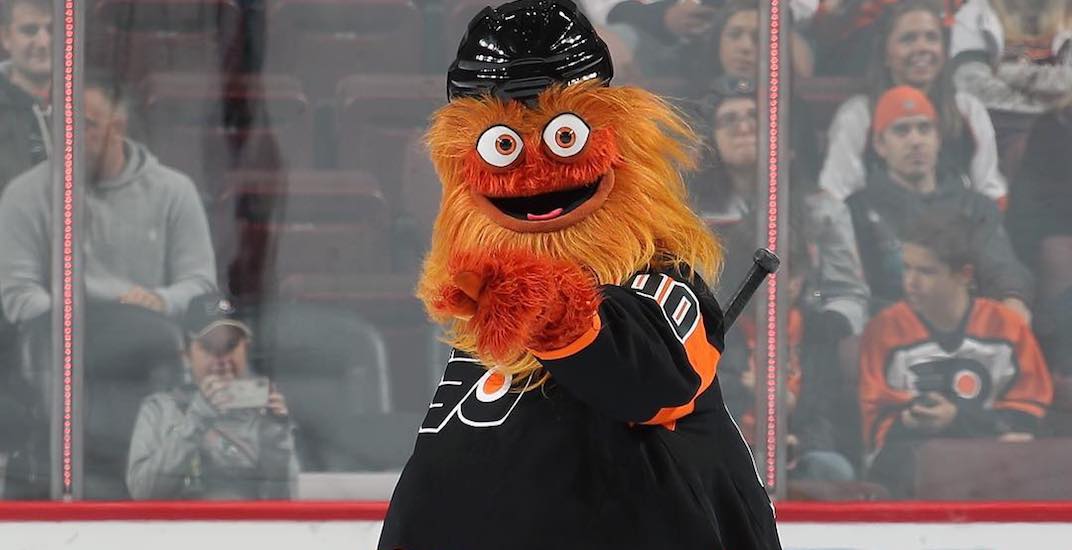 Police are investigating Gritty, the loveable Philadelphia Flyers mascot, after an alleged incident that took place at a season ticket holders event in November, according to a report from The Philadelphia Inquirer.

Gritty allegedly punched a 13-year-old boy in the back after posing for a photo at the Wells Fargo Center, the team’s home arena.

Chris Greenwell says his son Brandon “playfully patted the mascot on the head” after the photo was taken. As the boy was walking away, Gritty “took a running start” and punched his son “as hard as he could” Greenwell told the Inquirer.

Greenwell took his son to a chiropractor a week later, where he was reportedly diagnosed with a back bruise.

The father and the Flyers could not come to an agreement for how to resolve the incident, so Greenwell reported it to Philadelphia police.

“This could have been handled so simply but they tried to bribe me not to speak about it,” Greenwell said in a Facebook post. “My inbox is already getting media requests. This article is 100% factual of the incident and the Wells Fargo Center refused to let me see the video of it and the police had to get involved in it to get it. They tried to get me to drop it by offering tickets and all I can drink passes at one of the bars there.”

Statement from #Flyers regarding an allegation that Gritty punched a 13-year-old boy in the head: “We took Mr. Greenwell’s allegations seriously and conducted a thorough investigation that found nothing to support this claim.”

Edgy and hilarious, Gritty quickly became the most popular mascot in the NHL, if not all of professional sports, following his debut on September 24, 2018.