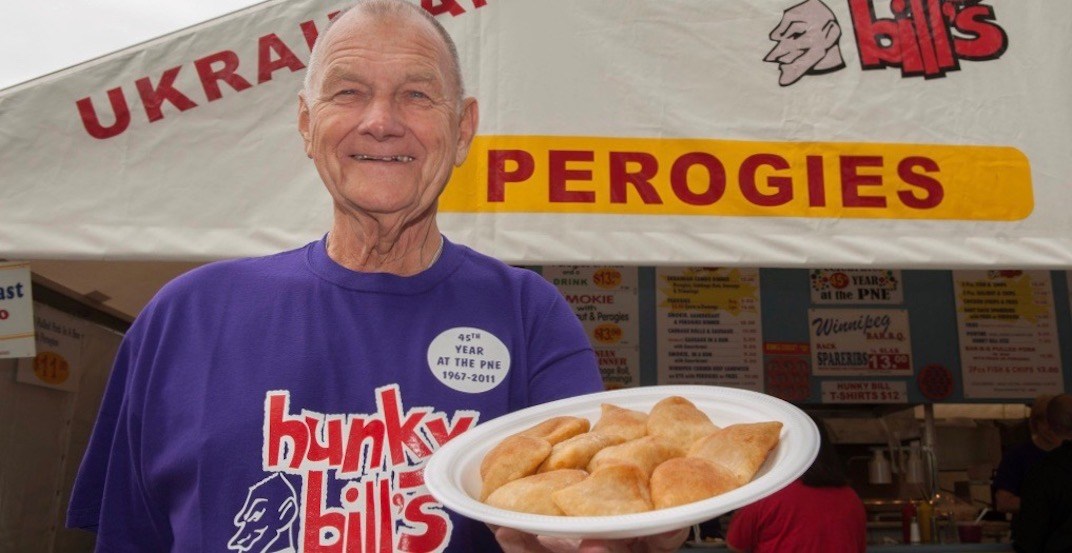 The PNE made the announcement this morning, confirming that the beloved long-standing concessionaire and Fair family member died on August 13 surrounded by his family.

The PNE shared a message of thanks to Hunky Bill and his family-operated business, which spanned three generations and began serving up Ukrainian style perogies at the Fair 52 years ago.

“Legend has it, when the then Vancouver based radio executive bet a friend $10 that he could get a booth at the PNE to sell his homemade Ukrainian style perogies,” read the PNE statement. “The story goes that Bill showed up at the PNE administration office and spent an hour and a half convincing the then head of the PNE booth sales department to give him a chance. Konyk got his booth, won his $10 and began a 52-year journey during which time Hunky Bill has become one of the most iconic pitchmen and restaurateurs in Canadian history.”

The statement also mentioned that Bill’s wife and three sons would “continue on the tradition of serving the best Ukrainian food in the city.”