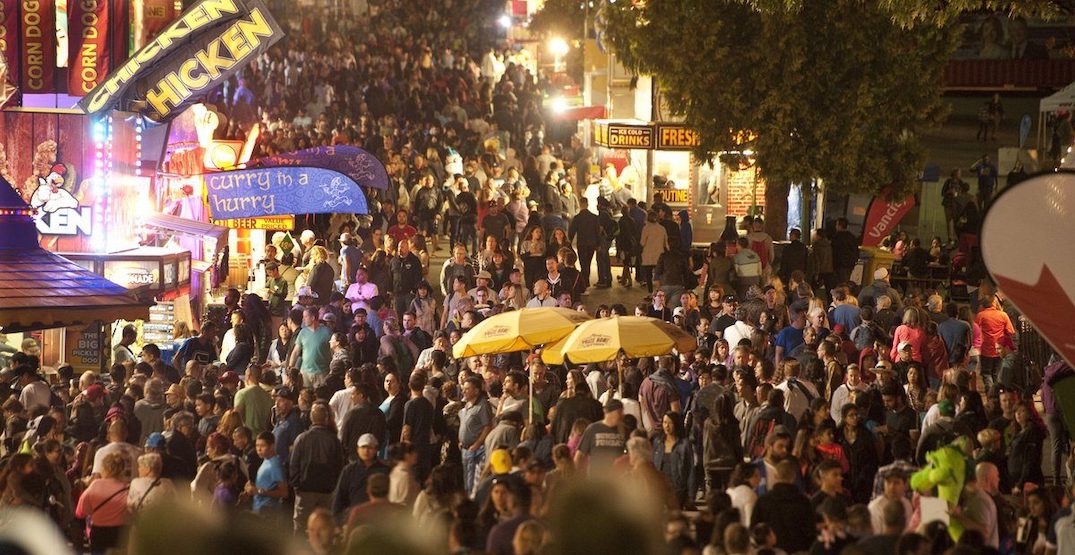 Crowds at the PNE Fair (PNE)

Summertime events and celebrations at the Pacific National Exhibition (PNE) will deviate from the traditional programming.

The PNE has released an open letter to the public on the way forward for its summer operations, following the comments made on Saturday by BC Provincial Health Officer Dr. Bonnie Henry, who said mass gatherings like the PNE are not likely to happen this year.

In their open letter, the PNE says their plans for The Fair and Playland will adjust accordingly.

The Fair dates between August 23 and September 7 have been removed from the PNE’s online event calendar, but Playland is currently still slated to open in some capacity sometime in July.

“The events may be smaller, and protocols may be different, but we have a few bright ideas up our sleeve for when the time is right,” reads the letter.

“These are challenging times but we are resilient. Yes, the summer months are vital for us financially, and hearing confirmation that all large summer gatherings are unlikely to happen, will of course, make the coming year very difficult.”

According to the PNE’s latest available financial reports, it saw $55.5 million in total revenues for the 2018 fiscal year, with $16.2 million from Playland, $26.6 million from The Fair, $5.7 million from the PNE Prize Home Lottery, $4.3 million from Fright Nights, and $12.4 million from venue rentals. Its operating expenses for the year was $53 million.

2019’s The Fair attendance of about 732,000 was the highest in years, not including the approximate 400,000 attendees for the Playland and Fright Night seasons.

The PNE says it is “deeply concerned” about the thousands of youth, staff, vendors, and partners that financially depend on their summer activities for their livelihoods.

As one of BC’s oldest cultural institutions, they note the 110-year-old PNE survived the impacts of the Great Depression and both World Wars, although it was used as a Japanese internment camp during the Second World War.

“We were the site where British Columbia came together to wrap our arms around each other in celebration following both world wars,” continues the letter.

“We will be the place where British Columbia will come together again – to laugh, clap, cheer, sing, ride and scream through the lazy days of summer.”