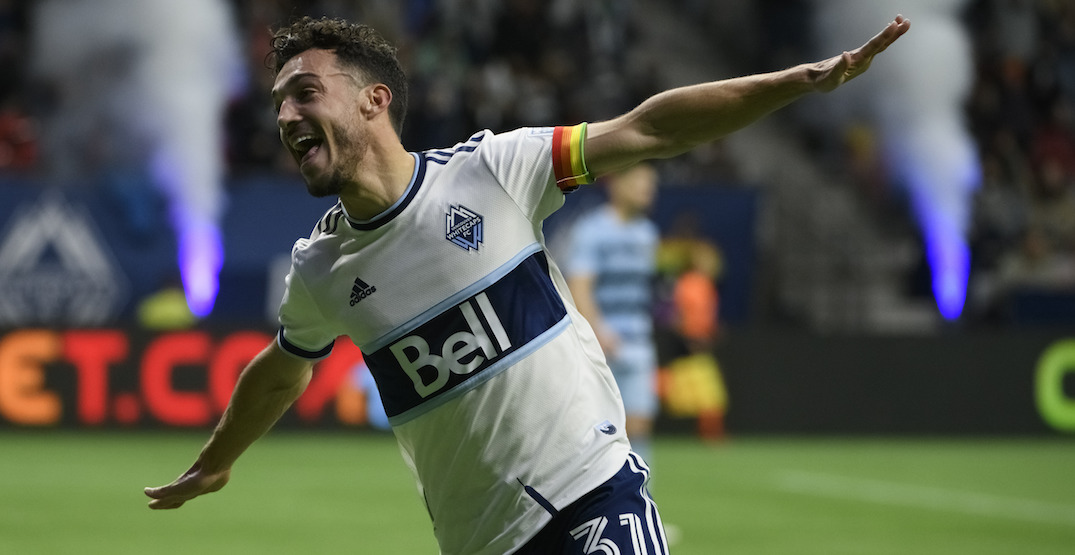 Sunday’s match at BC Place is the most important game for the Vancouver Whitecaps in four years.

The Whitecaps can clinch their MLS first playoff spot since 2017 in Sunday’s regular season finale at BC Place. It’s a position nobody could have predicted a couple of months ago.

What a long, strange trip it has been.

Consider where the Whitecaps were on July 7, back when they didn’t know when they’d return to Vancouver.

They lost 4-0 to Real Salt Lake, in what was technically a “home” match, but was played at Salt Lake’s home pitch at Rio Tinto Stadium in Sandy, Utah. Vancouver’s record dropped to 2-7-3.

They were homeless, and winless in eight.

Mentioning the word “playoffs” at that time would have inspired many to channel their inner Jim Mora.

But that was then, and this is now.

The Whitecaps have lost just twice in 21 matches since then, helped by the addition of midfielder Ryan Gauld, and Brian White establishing himself as the team’s top striker and leading goal-scorer.

While the streak began with a 3-0-5 record under now-fired head coach Marc Dos Santos, the team has played noticeably better since Vanni Sartini took charge on August 27. Vancouver is 7-2-4 under the leadership of “Mr. Bean,” as Will Ferrell calls him.

But the job is not done.

A win or a draw against the Western Conference leading Seattle Sounders will secure a playoff spot for the Whitecaps, but that’s easier said than done. Seattle has had Vancouver’s number for a few years, and handed the Whitecaps a 4-1 loss — the worst defeat by the ‘Caps since turning their season around in July.

Seattle will be motivated to win, as they can clinch first place and a first-round bye with three points.

The Whitecaps will make the playoffs if they earn a win or a draw, but they can still back their way into the postseason if they get help.

If Vancouver loses, they will still make the playoffs if any of these three scenarios happen:

LA Galaxy plays Minnesota United at home, while LAFC and Salt Lake are on the road, against the Colorado Rapids and Sporting Kansas City, respectively.

The Whitecaps can finish as high as fifth, which would set up a first-round playoff match on the road against the Portland Timbers. If they finish in sixth or seventh, they would play an away match in Seattle, Kansas City, or Colorado in Round 1.

Every Western Conference match, including the Vancouver-Seattle matchup at BC Place, will begin at 3 pm PT, which should make for some high drama.