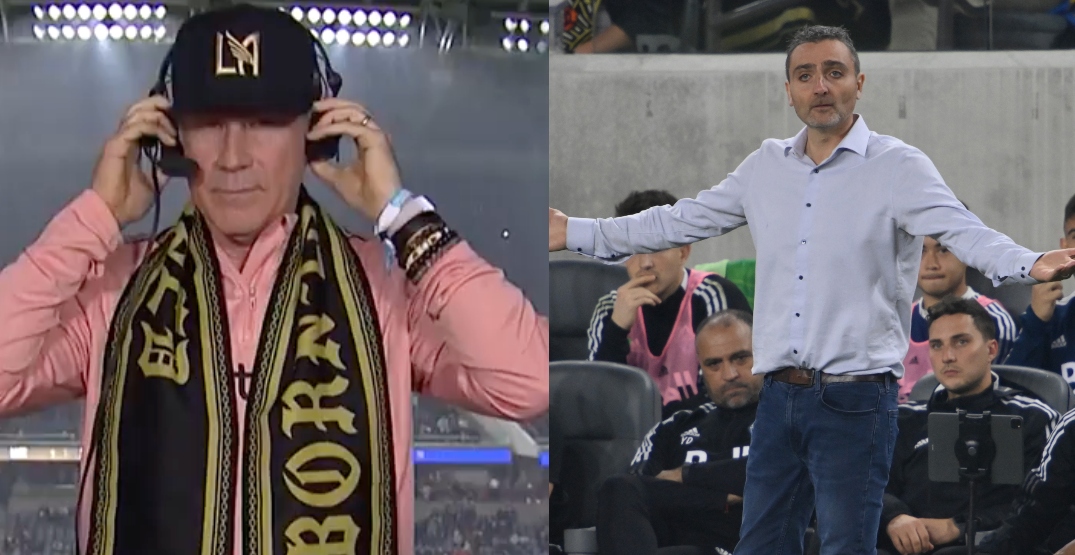 Will Ferrell made an appearance during Tuesday night’s Vancouver Whitecaps match in Los Angeles.

Ferrell is a part owner of LAFC, the MLS team Vancouver earned a 1-1 draw with. During the match, the Hollywood funnyman help provide some colour commentary, and seemed rather impressed by the Whitecaps.

And he took notice of their new head coach.

“Vancouver though, much improved right? From the last couple of years,” Ferrell said on the Bally Sports SoCal broadcast.

“But I didn’t realize they had Rowan Atkinson, Mr. Bean as their head coach.”

Ferrell was of course talking about Vanni Sartini, the Whitecaps’ charismatic interim head coach that has his team one result away from a playoff spot. The Whitecaps are 7-2-4 since August 27, when the Italian manager was put in charge.

And yes, he does look a little like Mr. Bean.

Finally figured out what Vanni Sartini’s consistently positive demeanour and smile reminded me of: Mr Bean. Love his guidance of this team #VWFC pic.twitter.com/qo1BCOBQnV

Sartini has since seen the video, and he seemed to enjoy it, saying on Instagram that Ferrell is one of his favourite actors.

“One of the true highlights of my life,” Sartini joked. “Will, if you have a part for me in your next movie, just call me.”

Ferrell was also right about his first point, the Whitecaps are much improved.

Against all odds, Vancouver currently sits sixth in the Western Conference, with one game to play. If the Whitecaps earn at least a point Sunday at BC Place against the Seattle Sounders, they’ll clinch a playoff spot for the first time in four years.

The Whitecaps could even host a playoff match if they finish as high as fourth in the West, which would happen if Vancouver earns three points on Sunday, combined with Portland and Minnesota each failing to win their last match.