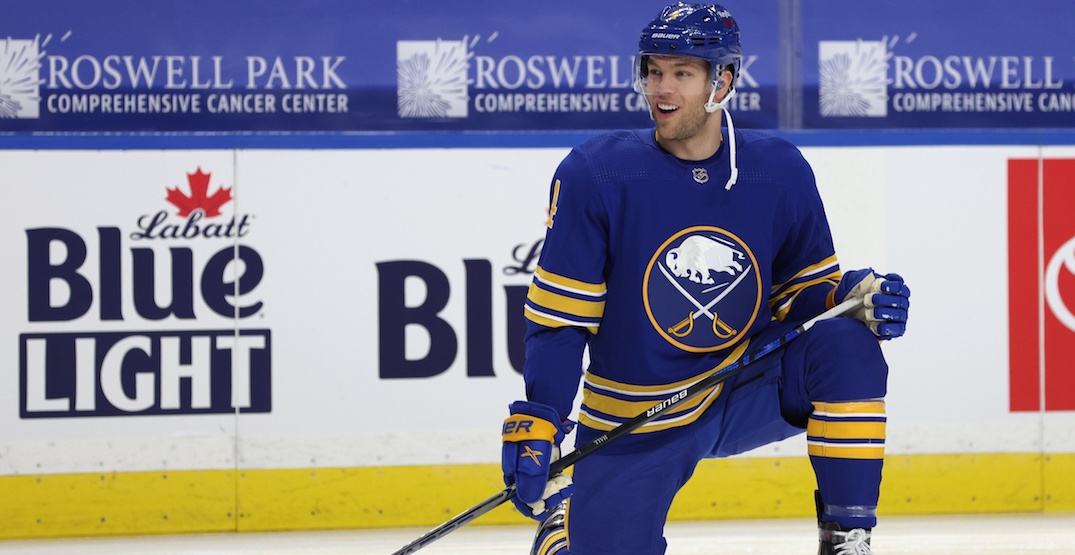 With the Monday, April 12 NHL trade deadline fast approaching, many teams will be making their final moves in preparation for a playoff push. A stagnant salary cap and the upcoming expansion draft of the Seattle Kraken this offseason have seen some worry about a lack of moves at this year’s deadline.

However, rumours are flying around about who may be finding themselves in a new destination later on this week.

Here is a list of the biggest names finding themselves in trade rumours before the 2021 NHL trade deadline.

This season has gone terribly for the Buffalo Sabres, and that is putting it nicely. The team is currently in last place and seven points back from the second-worst team, the Ottawa Senators.

So it is no surprise to hear that many big names are popping up in trade rumours. With Buffalo trading Eric Staal to the Montreal Canadiens, the sell-off has already begun.

The next piece to go could be former league MVP Taylor Hall. Buffalo’s coach Don Granato has already held Hall out of Tuesday’s game against the New Jersey Devils.

Hall is having a down year this season with only two goals and 19 points in 37 games. He makes $8 million this year, but his contract expires in the offseason.

The Boston Bruins, New York Islanders, and Colorado Avalanche have been rumoured to be interested in the 29-year-old.

According to Sportsnet’s Eric Francis, the Calgary Flames are primed to be sellers at the deadline, and one of the big names potentially on the move is Sam Bennett. Bennett has put up four goals and 10 points in 37 games this season.

The switch of coaches from Geoff Ward to Darryl Sutter has not gone as smoothly as Flames fans would have liked. The team is currently on a four-game losing streak and have lost eight of their last nine games. They are currently in sixth place and are eight points back of a playoff spot.

Francis also notes that David Rittich and Derek Ryan will be shopped around before the deadline.

Rittich has a .904 save percentage in 15 games this season. Meanwhile, Ryan has six points in 27 games.

Bennett is in the final year of his two-year contract that pays him $2.25 million.

According to The Athletic’s Aaron Portzine, Blue Jackets general manager Jarmo Kekalainen “hasn’t yet engaged” in discussions regarding the left-winger, but some teams have emerged.

Portzine also says that “several more suitors” should emerge for the 14-year veteran in the next couple of days. The Maple Leafs, Avalanche, and Islanders have expressed interest in the 33-year-old. Foligno has six goals and 15 points in 40 games for Columbus this season.

Foligno is in the final year of a six-year contract that pays him $5.5 million this season with a no-trade clause.

With the Nashville Predators’ recent winning streak, the team has vaulted itself into the playoff picture. However, that does not mean that they are not open to trading some players.

According to the Toronto Star’s Mark Zwolinski, the Maple Leafs have looked into acquiring the 29-year-old.

Granlund has just eight goals and 15 points this season. He is also in the final year of his one-year contract worth $3.75 million.

Mattias Ekholm is the second Predators player on this list who had more trade chatter a month ago but could still be dealt with in the next week.

It may take a lot to get him, though. TSN’s Darren Dreger on the Daily Faceoff podcast reported that the Preds asked for a first-round pick, a prospect, and at least one other piece in exchange for Ekholm.

Ekholm is under contract until the end of next season and has a $3.75 million cap hit.