Play-Doh’s tempting “Cake Mountain” playset comes with a curious piece: A frosting “extruder” toy that looks an awful lot like a penis.

The toy set, which is for kids ages three and up, was a popular seller from international toy maker Hasbro this season, but some parents say the “dil-doh” put a bit of a kink in Christmas.

Most of the grownups thought it was on the funny side, however some parents were peeved that the plastic toy, which is supposed to be used to pump Play-Doh out like “frosting” to decorate Play-Doh cakes, made it off the assembly line, let alone the design phase.

“My mom wants to know what number to call to get a bigger one shipped out,” quipped one Facebook commenter on the Play-Doh page.

Of course, some think the “dil-doh” is in the eye of the beholder: “I bought this [for] my daughter & genuinely didn’t notice – why would a child?! Some vulgar minds about!” said another Facebook commenter.

To be fair, the toy’s resemblance to an actual penis is, in fact, let’s say…minimal: It’s a mere three inches tall. 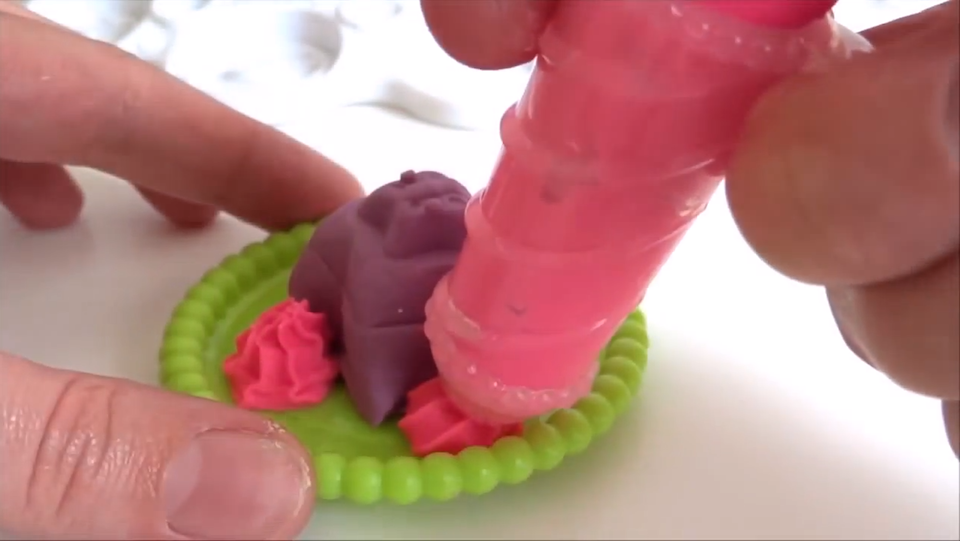 Whether you see phallus or just a way to have fun with faux frosting, Play-Doh says they’ll handle the toy:

We have heard some consumer feedback about the extruder tool in the Play-Doh Cake Mountain playset and are in the process of updating all future Play-Doh products with a different tool. Should any consumer want a replacement extruder for this item, they can contact Hasbro’s Customer Service Department at 800-327-8264.

To see the extruder in action, as in watch it get filled with colourful Play-Doh then pumped to create frosting in swirly designs, watch this “unboxing” video for the Cake Mountain playset: