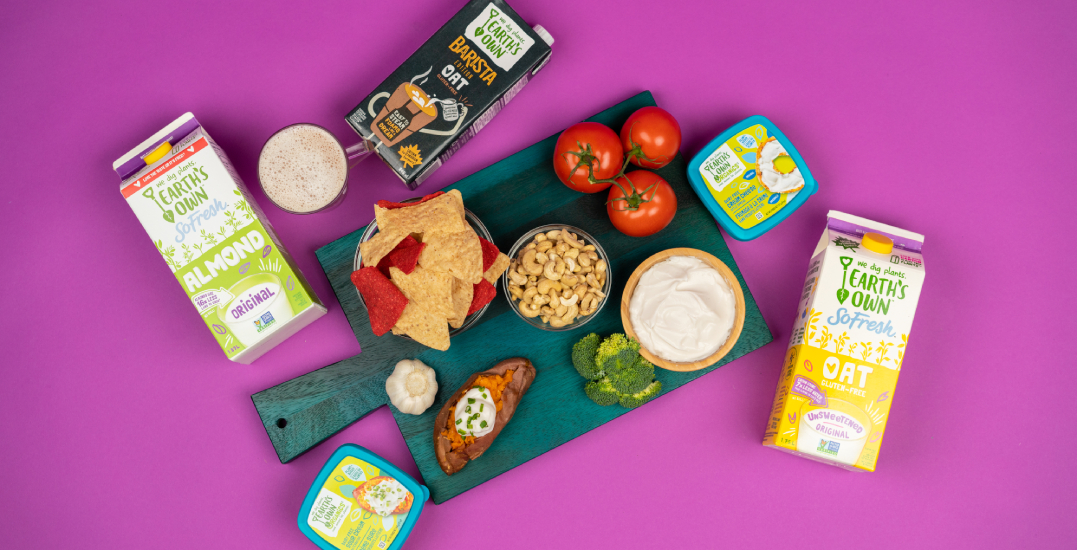 The abundance of time we’ve had at home over the past year has resulted in ample opportunities to delve into new hobbies or extra leeway to cultivate existing ones — like getting to know our inner chef.

Current circumstances — challenging as they may be — have been especially conducive to being thoughtful and conscious about what we’re cooking and its impact on our own health, as well as that of the planet. While we’ve always been eager to do our part to combat climate change, we were only recently confronted with just how impactful switching to a plant-based diet can be.

By eating a plant-based diet we have the power to minimize animal agriculture (which accounts for up to 15% of global greenhouse emissions), cut water use by up to one-fifth, lessen land use by three-quarters, and reduce our individual carbon food-prints by up to 50%.

But, let’s be honest, going plant-based can be tough — especially when you think it means sacrificing your favourite foods. If you’re looking to take a meaningful step in the right direction (without compromising on taste and flavour), then a noble place to start is by swapping dairy milk for dairy alternatives, like those produced by Earth’s Own.

Their plant-based milks are super versatile and made for infusing into easy-to-make dishes. So, say goodbye to bland WFH meals and get ready to redefine your lunch-hour with these delicious recipes. 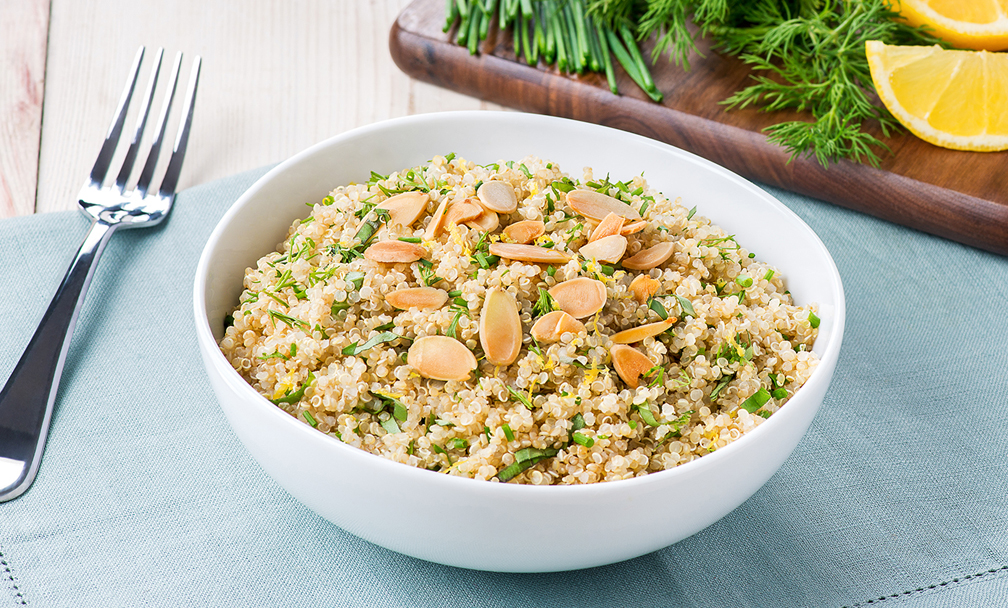 This fresh and nutrient-packed salad is everything we want for spring, including its lively and bright flavours. The flaked almonds provide a nice, nutty crunch, while the almond milk brings some richness to the dish. Pro tip: Rinse the quinoa before cooking it for perfect (and less bitter) quinoa every time.

Rinse the quinoa in water and drain well. In a small saucepan, set over high heat, bring the quinoa and Earth’s Own Almond Milk to a boil. Reduce heat to a low simmer and cook, uncovered (to avoid foaming) until all the almond milk is absorbed, for about 15 to 18 minutes, watching so that it doesn’t burn. Set aside to cool. Grate the zest of lemon and place in a large bowl together with olive oil, lemon juice, pepper, and salt.

Finely chop the parsley, dill, chives, and basil, and finely slice the green onions. Place prepared quinoa, chopped herbs and green onion into the bowl with the vinaigrette. Combine ingredients just until salad is evenly mixed. Cover and chill for one hour before serving, for best results. This salad can also be made a day ahead. Sprinkle with toasted almond flakes to garnish before serving. 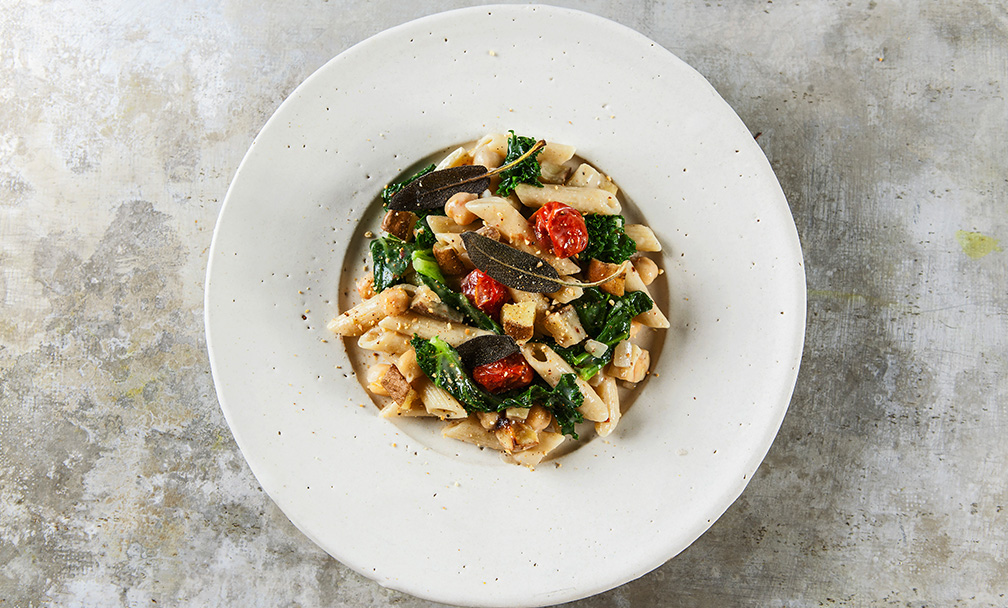 We could eat pasta any day of the week — especially this sweet potato and chickpea penne that’s teeming with veggies and coated in a rich, creamy sauce. The sweet potato helps thicken the cream sauce while the sage and chili flakes add herby and earthy dimensions to the dish. It makes for a decadent lunch that’s surprisingly good for you.

In a large saucepan over medium-high heat, add olive oil and onions. Cook until onions are translucent, for about five to six minutes. Add sweet potato and cook for eight to 10 minutes or until potatoes begin to soften. Stir in cherry tomatoes, garlic, chili flakes, and chickpeas. Sauté for three to four minutes. Add flour and stir to coat vegetables.

Slowly add in Earth’s Own Oat Milk. Add kale and sage and bring to a simmer. Allow to cook for 15 to 20 minutes or until sweet potato starts to break apart and thicken the sauce. In the meantime, cook penne according to package instructions to al dente. Once the sauce is thickened, season with salt and pepper. Stir penne into pasta sauce. Serve sprinkled with cashew “parm”.

In a food processor, process cashews, salt, nutritional yeast, and mustard powder until a fine, parmesan-like texture. Store in an airtight container for three weeks refrigerated. 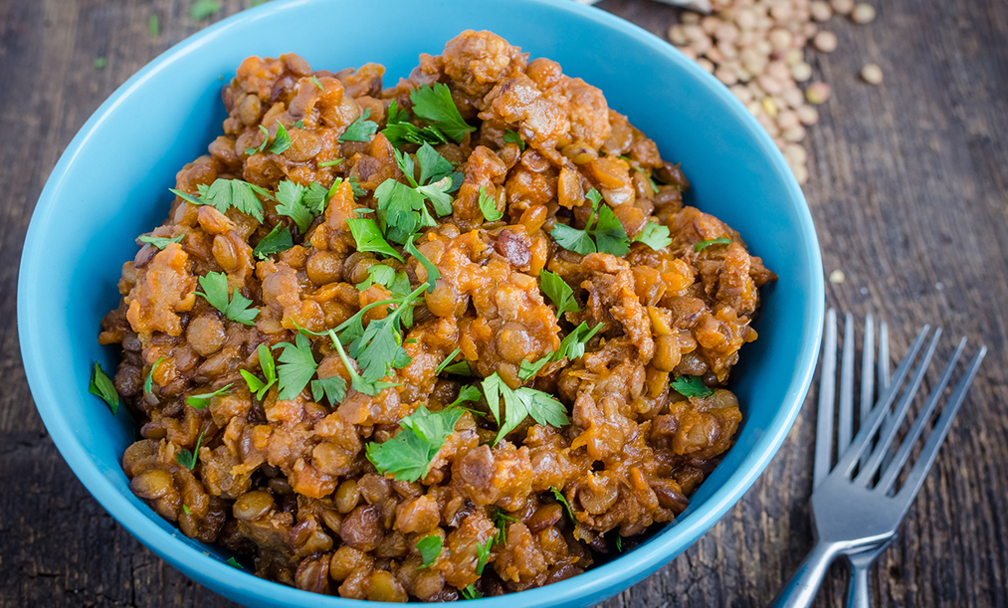 If you’re a fan of spaghetti and meatballs, you’ll love this satisfying, plant-based recipe. It has the classic elements of an Italian meat sauce, but with French lentils for a hearty lunch that won’t lead to an afternoon carb-crash.

Add lentils, dried oregano, parsley, pepper, salt, and Earth’s Own Oat Milk or Culinary Cream into the pan, and stir until ingredients are well combined. Bring mixture to boil, then turn down to simmer, uncovered, for 20 to 30 minutes or until all the oat milk has been absorbed.

Stir wine or stock and crushed tomatoes into the pan. Bring to a boil, then turn down to simmer, uncovered, for 30 minutes or until the sauce is thickened and the lentils are cooked to a tender bite (not mushy).

Transform all of your recipes into delicious, plant-based meals at earthsown.com/recipe.