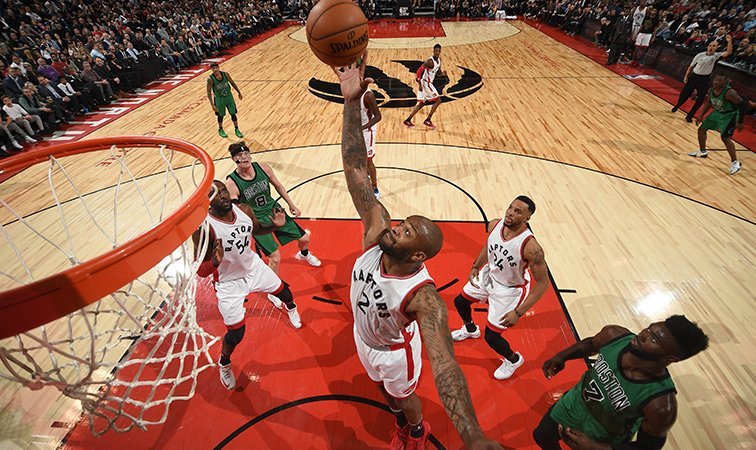 Houston, we have a problem.

Tucker has agreed to a four-year, $32M deal with the Rockets, league sources tell The Vertical. https://t.co/6w4j6B1YnL

The inability to re-sign Tucker complicates things for the organization, considering the Raptors’ cap situation.

Without Tucker, the Raptors are a wing player short, lacking cap space to fill that role unless via trade, or a younger player steps up — he wanted one more year, and the Raptors did not want to ante up near $10 million by the time Tucker reached the age of 36.

As much as Tucker was a fan favourite, and imperative to their success, the financial commitment would be too much, especially if the Raptors decide to go young.

The 32-year old was acquired near trade deadline for Jared Sullinger from the Phoenix Suns back in February — alongside with the Ibaka deal.

Tucker brought tenacity on the defensive end, and a locker room presence that the team badly needed at the time.

The former Texas Longhorn was originally drafted by the Raptors in the second round of the 2006 NBA Draft, eventually waived after a short stint with the team.

Tucker played overseas, worked himself back into the league, and is now recognized as one of the league’s toughest and best defensive players. He averaged 5.8 points, 5.4 rebounds, and 1.3 steals a game with a terrific 40% shooting rate from three this season for the Raptors.