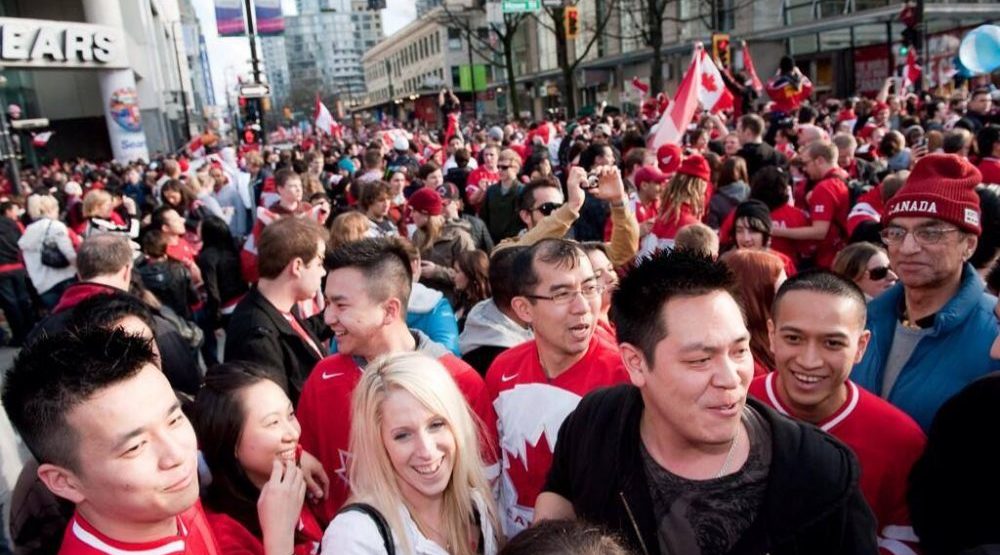 Pittsburgh sports writer Dejan Kovacevic got everyone in Canada riled up on Friday, after tweeting this that the Vancouver 2010 Olympics were the worst organized and most dangerous Olympics he had seen. And he’s in Rio right now.

This is my fifth Olympics. All had doom-and-gloom forecasts except Vancouver. And Vancouver was BY FAR worst organized and most dangerous.

I mean, I’m not sure how he could have been so certain, given that he made this declaration after being in Rio for less than a day. He tweeted that he had arrived in Rio less than an hour before ‘the tweet’.

He probably thinks the sun rises when he opens his eyes in the morning as well.

Luckily, there were no shortage of people in Canada to argue with him…

.@rayferrarotsn Saw barbed wire fence around Olympic torch for one and only time in my life, too. That was a beauty. Want more, or we good?

Barbed wire…danger!!! If you want to go ahead keep at it, most felt it was a phenomenal event.. https://t.co/pXIoiVpG1D

@Dejan_Kovacevic @rayferrarotsn I was on live at the time. Not a riot. Vancouver wasn't perfect. But your statement was idiotic trolling.

LOL. When trolling is an Olympic sport, this guy is in. https://t.co/UmvyMnECSE

"Well you see, son, I had to make some riot jokes because it got people talking about me. It's important people talk about me."

@rayferrarotsn @Dejan_Kovacevic dangerous? Vancouver? I guess … If you were afraid of Canadian flags.

This isn’t the first time this fool has taken a swing at Vancouver. For some reason that’s where he directed his attention after the Penguins won the Stanley Cup in June:

Celebrate like champions, Pittsburgh. Please. We aren't Vancouver. We love our city, and we care for it.

I don’t doubt for a second that a lot of the conditions in Rio are exaggerated, with regards to the visiting athletes, media, and tourists. It happens with every Olympics. Remember the UK media teeing off on Vancouver before the Games began in 2010?

The slums cannot be exaggerated of course, but will anyone step foot there?

Rio has a chance to be an excellent experience for those attending, of course. But less organized and more dangerous? I haven’t been there for 45 minutes to make the declaration like Dejan.

The Vancouver Games were not perfect. First and foremost, Nodar Kumaritashvili, a Georgian luger died in training in Whistler. That was a tragic accident.

There were also protestors who were disruptive during the torch relay.

Sure there was no snow on the local mountains, but it was sunny and beautiful in Downtown Vancouver.

Once the Opening Ceremony hit, the Vancouver Games were an amazing experience and were widely applauded globally. Patriotism in the streets, high fiving police officers… It was peaceful.

So look, it was a successful troll by Dejan, but it doesn’t make him look very intelligent. Wonder if he’s voting for Trump?