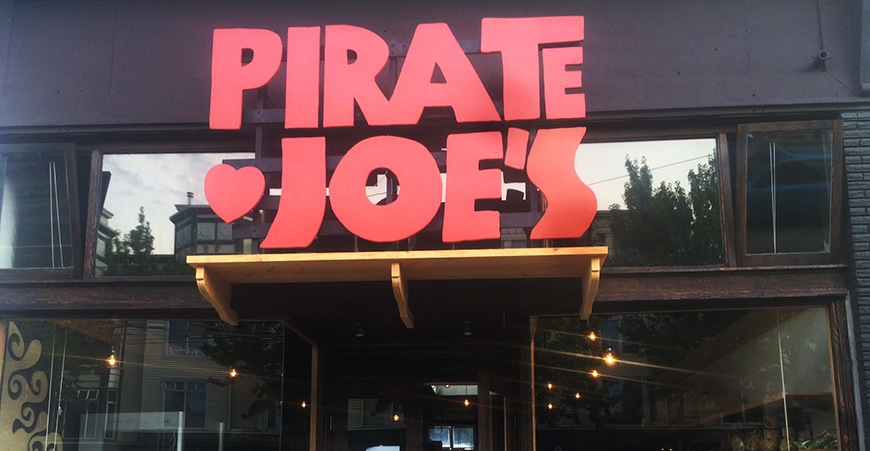 Pirate Joe’s junkies can now breathe a sigh of relief; the “specialty” grocery store, which has been closed since March, is expected to re-open by the end of the week. (Hallelujah!)

Relocating to 3744 West 10th Street in West Point Grey, the unauthorized re-seller of Trader Joe’s products returns bigger and better than before, hence the naming re-brand to Super Pirate Joe’s.

With more room to play with (the new location is two and a half times bigger than the original location) owner Mike Hallatt tells Daily Hive that the store will stock an expanded Trader Joe’s product line, as well as carry other food stuffs that are not readily available in Canada.

An example of this is Califia almond milk from Bakersfield, California. Hallatt is bringing up their whole line-up to the store, making Super Pirate Joe’s the only place in Canada that sells this particular product.

Wanting to create “a one-stop-shop” Hallatt will also sell fresh produce. Hallatt tells Daily Hive that he plans to stock the store with a bounty of organic fruits and vegetables.

In addition to the grocery store shelves, which are still being fleshed out and lined with all manner of Trader Joe’s products — think their body care range, exotic rice, and legendary chocolate, the new Super Pirate Joe’s will also boast a small eat-in “cafe” section, where customers can try a variety of foods.

In terms of pricing, Hallatt says that customers can expect to pay a 30 per cent markup on their Trader Joe’s goods after the currency exchange has been taken into consideration.

While the store’s hours have not been confirmed yet, Hallatt says that Super Pirate Joe’s will open earlier and stay open later than it did before.