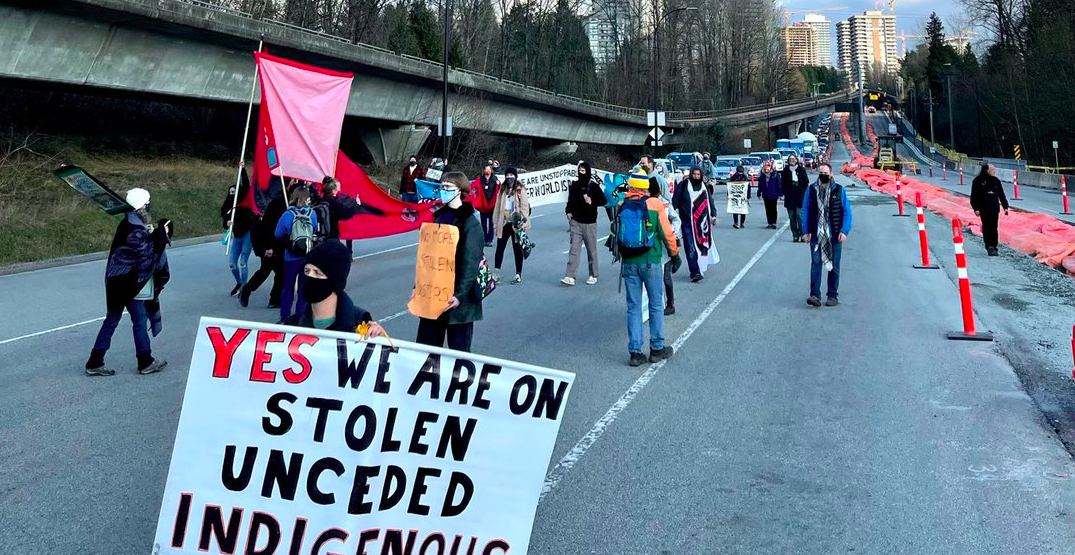 On Wednesday afternoon, Trans Mountain pipeline protesters took to the streets in Burnaby, including North Road and parts of the Lougheed Highway.

According to those involved, the march was meant to mark the three-year anniversary of the Watch House on Burnaby Mountain. Protesters started their march at the TMX construction site on Holmes Road before walking 5 km to Burnaby Mountain.

Hundreds gathered to mark the 3 year anniversary of the Watch House on Burnaby Mountain, starting first at TMX construction site on Holmes Rd, then walking the 5km to Burnaby Mtn. #StopTMX https://t.co/2ATHrxeLNV

Burnaby RCMP advised that traffic in the area would be affected.

We are on scene with a group of demonstrators walking north-bound on North Road, currently at Austin Avenue.

Traffic may be affected.