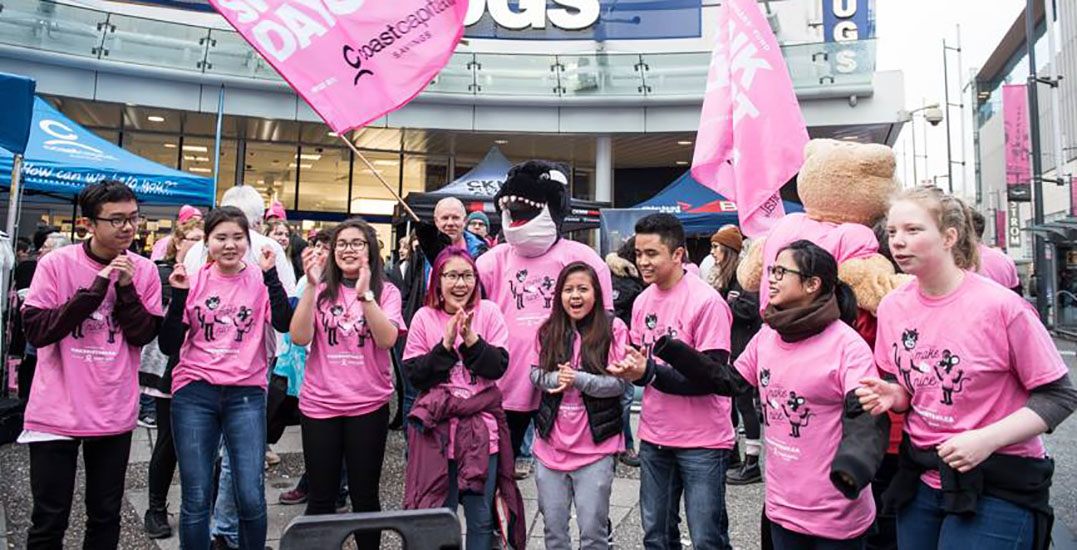 Pink Shirt Day, an annual fundraiser and day of advocacy against bullying, is returning to Vancouver.

On February 28, thousands of British Columbians 0f all ages will be donning pink attire to show their support for anti-bullying initiatives across the province. 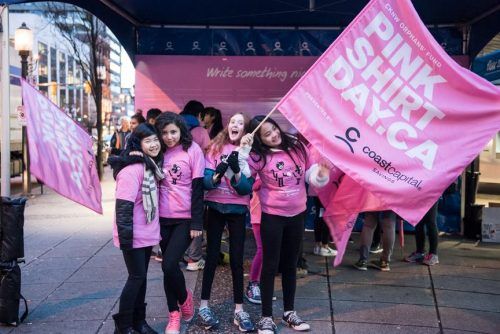 The annual event has been running for over ten years.

It began in 2007 when a high-school student was bullied for wearing a pink shirt. The night after, two individuals bought 50 pink shirts to distribute at the school the next day. The act of unity spoke volumes across the country, to the point where Pink Shirt Day is celebrated annually.

Tomorrow, British Columbians are encouraged to wear pink, to join those taking a stand in practicing kindness and acceptance.

You can also make a donation or purchase a pink shirt to wear your support. 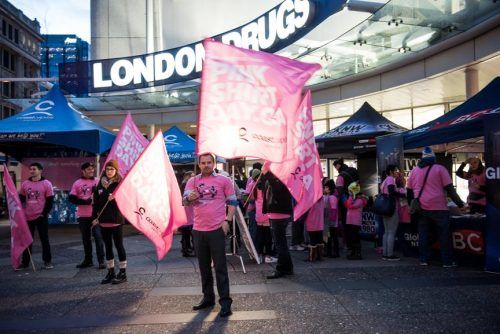 Hundreds of people are expected to flock to Downtown Vancouver tomorrow morning at Granville and Georgia. They will be waving flags, raising awareness, as well as selling buttons and shirts – the proceeds all benefiting anti-bullying programs. A number of students will also be participating in Pink Shirt Day at their respective schools.

Countries across the globe also take part, with Japan, New Zealand, China, and Panama organizing anti-bullying fundraisers of their own.

Proceeds from the event directly benefit kids affected by bullying. Since 2008, over $1.8 million has been distributed to anti-bullying programs in British Columbia. In 2017 alone, more than 59, 300 children received support through the programs benefitted by this cause.

When: Wednesday, February 28
Where: British Columbia