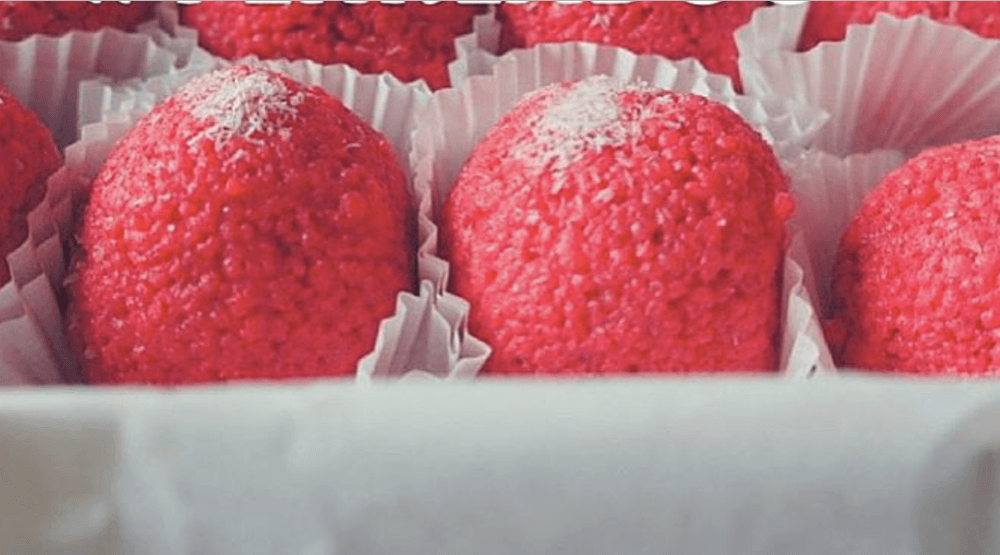 Sometimes, change comes with a box of sweets.

In the South Asian culture, handing out boxes of sweets to relatives and friends is a way to mark a celebration. But when it comes to the birth of a child, the age-old practice of handing out sweets only when a boy is born still exists today.

The Pink Ladoo Project is a campaign aiming to change that custom by encouraging South Asian families to hand out ladoo– traditional Indian ball-shaped sweets– to celebrate the birth of a girl.

The project started in the UK and is now quickly gaining popularity in Canada and around the globe.

Sweets with a message 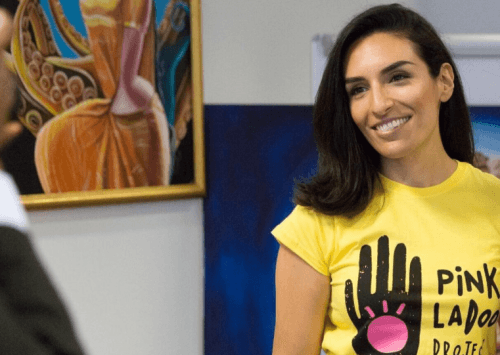 Pink Ladoo’s founder, Raj Khaira, was exposed to the gender-biased customs of the South Asian culture at a very young age. The UK lawyer, who lived in Surrey, BC, for a number of years as a child, says that the birth of her younger sister brought on disappointment from extended family and community members.

“Because my dad was the only son (on his side of the family) there was a lot of pressure on my mom to have a boy. And when my sister was born, the community reacted really badly,” Khaira told Daily Hive. “People came over to our house and cried. This went on for months. I was constantly on the receiving end of comments like ‘Maybe next time you will have a brother.'”

Two years later, Khaira’s mother had a boy and the community welcomed his birth with joy and enthusiasm– a drastic difference from when Khaira’s younger sister was born.

To celebrate the arrival of her brother, Khaira’s family handed out boxes of ladoos. Khaira remembers being in the kitchen with her mom packing the boxes of sweets. “I said to my mom that it would be great if we could think of a trend to mark the birth of a girl,” she said.

It was just an idea for Khaira, who was 12 at the time. But it turned into something much bigger years later.

It begins at birth

As Khaira began her law career, she saw there were many positive initiatives to encourage women to achieve their professional potential. That got her thinking more about the kinds of sexist practices in the South Asian community that hold girls and women back.

“I started to ask myself questions about sexist customs and the messages we are sending to young girls,” she said.

That’s when the Pink Ladoo Project was born. Khaira knew it was time to  start an initiative that would celebrate girls from the moment they took their first breath.

“The reason why I picked the point of birth is because that is one of the first sexist customs you will encounter if you are a South Asian woman,” Khaira said.

The campaign encourages families to welcome the birth of their baby girl by passing boxes of pink-coloured ladoos to loved ones.

“We introduced the Pink Ladoo as a way of getting families to critically engage with custom and tradition and the topic of gender equality,” said Khaira.

The social media campaign is effective not only in the way it encourages families to celebrate their daughters, but also in the way it shares how the South Asian community is implementing change.

“More recently in the last three to four months, people send me stories where they have stood up against other sexist traditions,” said Khaira. “The message has evolved.” 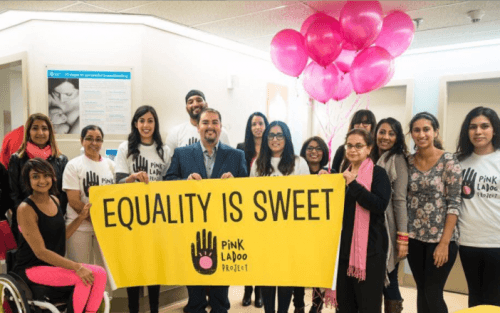 Volunteers at a Pink Ladoo event in Edmonton (@pinkladoo/Instagram)

In 2016, Pink Ladoo launched in Canada and has gained popularity in Ottawa, Brampton and the Greater Toronto Area, Edmonton, Calgary and Saskatoon.

“Regina and Manitoba have expressed a strong interest in joining us in 2017, with volunteers from other cities also expressing interest,” Harbir Singh, Pink Ladoo’s Canadian director, told Daily Hive via email.

Singh says in 2017, they are also hosting their annual Pink Ladoo distribution event in October 2017, coinciding with the UN’s International Day of the Girl Child.

Despite its success in other Canadian cities, the Pink Ladoo Project has struggled to take off in Vancouver– something Khaira says is “disappointing.”

“We’ve had such a low level of engagement from people in the community in BC,” Khaira said. “Every time we have tried to plan something in BC it just falls flat.”

The organization has tried to partner with local hospitals but had no luck.

Khaira says that Pink Ladoo was hoping to work with Surrey Memorial Hospital and BC Women’s Hospital because of the large South Asian population in Metro Vancouver.

But the hospitals rejected Pink Ladoo’s request, with Surrey Memorial saying in a letter that “as a general rule, (it) does not promote third party campaigns on (its) sites.”

“We have some of the biggest hospitals in Canada on board,” said Khaira. “The lacklustre response in BC was beyond disappointing.”

Khaira hopes that the South Asian community in the Lower Mainland will get more involved in the Pink Ladoo initiative.

“BC is one of those beautiful examples of diasporas flourishing,” she said. “Maybe there needs to be more community cohesion.”

Despite Pink Ladoo’s struggle to take off in BC, the initiative is thriving globally, with major cities in the US, the UK, and Australia on board with the project.

“It’s a global movement,” said Khaira. “We want families to take this issue into their own hands and help perpetuate our message.”