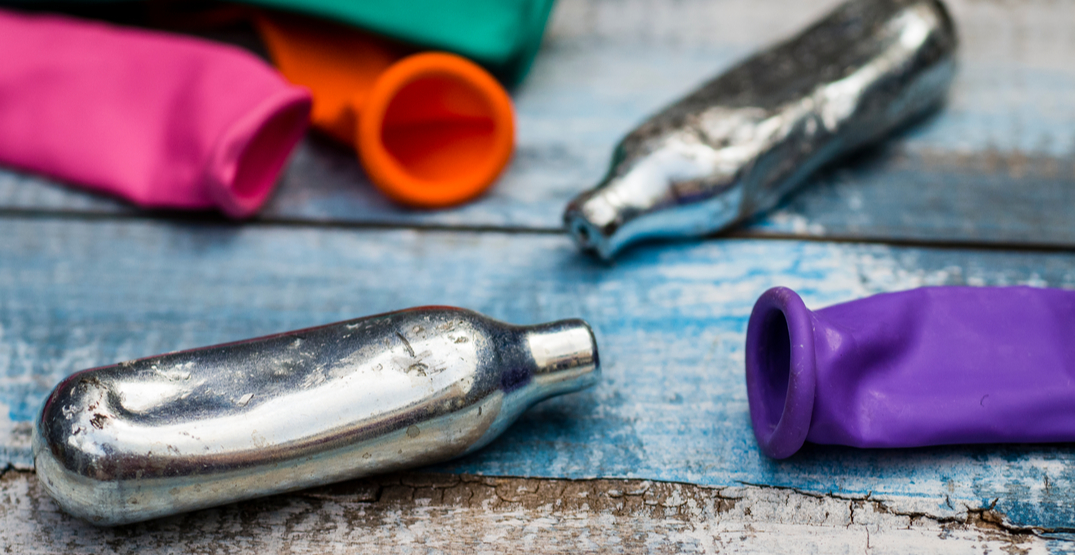 An emergency physician at the Richmond Hospital as well as Vancouver Coastal Health (VCH) are speaking out about the potential dangers of inhaling nitrous oxide. N2O is most commonly used in medical procedures, typically for anesthesia, analgesia, and sedation.

Nitrous oxide is becoming more commonly used by teenagers and young adults, who inhale from small canisters called “whippits” to experience a brief high, VCH said in an emailed statement.

Dr. Matthew Kwok and the VCH warn that non-medical use to the drug can be extremely dangerous. He also notes that whippits, which are used in whipped cream dispensers, can be easily accessed with no restriction on age, medical history, or intended use.

A first-hand experience that Dr. Kwok has encountered involved a 20-year-old woman who was experiencing visual and auditory hallucinations. The doctor wrote about the case in a recent issue of the BC Medical Journal, saying that the female “voiced concerns about a ‘transmitting’ device in her throat.'”

“She believed that this device was making her legs weak and affecting her walking,” reads Dr. Kwok’s report. “She also heard voices from the device telling her to kill herself. She had come to the emergency department because she was worried for her safety.”

The report notes that the woman had no history of psychiatric or medical illness; however, she admitted to using nitrous oxide daily and says that she increased her dosage to approximately 100 whippits per day.

A psychiatrist, neurologist, and an addiction medicine physician agreed after an assessment that the psychosis was a result of N2O misuse. Fortunately, her symptoms resolved and she was discharged without incident.

Dr. Kwok says that when he and his team tried to report the case, they were unable to find agencies that tracked nitrous oxide overdoses in Canada.

“This is a commercially available product that can cause serious adverse health effects, yet there isn’t a proper reporting mechanism that adequately reflects the magnitude of the potential toxicity,” says Dr. Kwok. “Our research shows very few reported cases, in part because the nitrous oxide comes from a product marketed for whipping cream and an adverse report would only be accepted if the canister itself was faulty.”

Dr. Kwok is calling for restrictive access, as well as having safeguards implemented to minimize harm. He also wants to see higher awareness in both medical staff and members of the public.

“When people present at the emergency department with unexplained neurological symptoms it’s important for clinicians to consider nitrous oxide as a possible cause,” says Dr. Kwok. “It’s also important for users to know that using this product outside a supervised medical setting can cause serious health effects.”