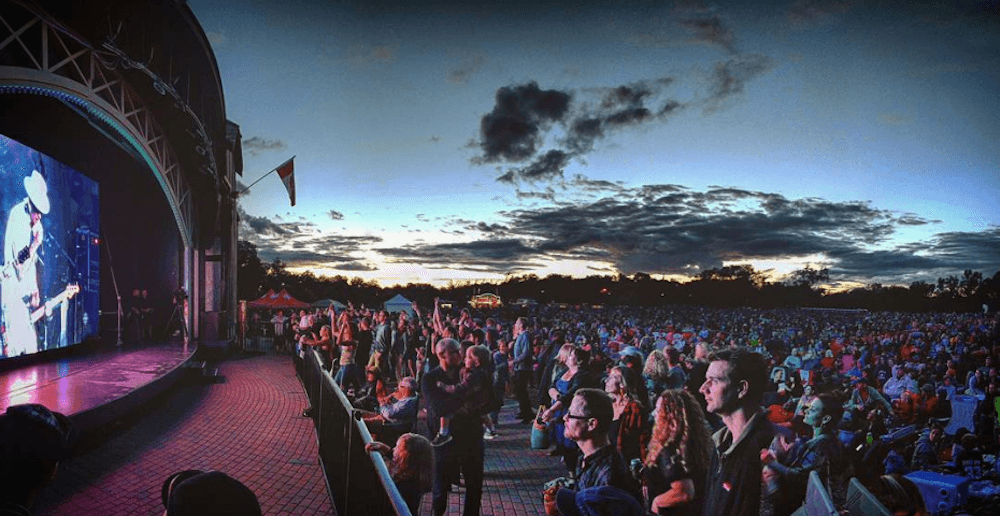 It was a sad farewell for The Tragically Hip as they played their final concert at Rogers K-Rock Centre in Kingston, Ontario on Saturday night.

The Hip had embarked on their final tour following lead singer Gordon Downie’s terminal brain cancer diagnosis. The band kicked off their Man Machine Poem tour in Victoria and played sold out shows across Canada ending their farewell tour Saturday.

CBC announced their plans to broadcast The Hips final hometown concert across Canada and over 11.7 Canadians tuned in.

Canada proudly said goodbye to Gord on Saturday night watching from living rooms, outdoor arenas, theatres and even good old campsites. To you sir, you are ahead by century. Rock on.

Thanks for all the memories gord. All of Canada is behind you, hopefully we see you. If we don’t, we will see you on fiddlers green. Take care you beautiful soul. #tragicallyhip #canada #goodluck #fuckcancer #kickitsass #canadianpride

Gonna miss this great Canadian icon. Been listening to the Tragically Hip since I was a kid. Thanks for everything guys. #canada #tragicallyhip #riotheatre #vancouver #kingston #canadiana #legends #thankyou

Watched the Tragically Hip’s last concert in the park on Saturday. Amazing to see this community get together and Canada as a whole. #hipinbracebridge #muskoka #bracebridge #tragicallyhip #canada

Last night in Toronto…hundreds (thousands?) gathered in Sorauren Park on Saturday for possibly the last concert with #thehip. It was a pretty chill family-friendly crowd, but that didn’t stop anyone from dancing, singing, crying and laughing along. A cathartic experience. #tragicallyhip #thankyougord #Latergram

Several hundred packed Parkdale Park on Saturday as part of The Tragically Hip: A National Celebration. Our Giacomo Panico, host of In Town And Out was there. Viewing parties took place across the city, including Dovercourt Recreation Centre. Around 11.7 million Canadians tuned in to watch the final concert of the Man Machine Poem tour – that’s one-third of our population! Did you watch? #CBCTheHip #ottawa #music #park

Not quite the same as seeing them live but watching with a projector in the basement was a pretty amazing way to watch the final show! #tragicallyhip #concert #finalshow #thehip #basement #projector

It was one over the top Canadian night at ORA. There was no better way to watch history unfold as The Tragically Hip perform their last show live on CBC, then to be outside by a fire with friends under the stars on the Canadian Shield. What a celebration of one of the most Canadian bands ever! Thank you for the music and memories! #thehip #cbcthehip #thetragicallyhip #canadian #rurallife

Watching The Hip under the stars ❤️🇨🇦

It doesn’t get better than this. Watching The Hip’s final farewell concert under the stars at Pinawa. #tragicallyhip #farewelltour #courageous #weloveyougord

Thank you #tragicallyhip for the many good memories and great times with friends over the years. You’re legendary.

The Hip on the Hill. Together in song to bid farewell to a national treasure. Thank you Ladysmith. ❤️ #CourageForGord #ingordwetrust #thehip #tragicallyhip

What an incredible night! The most people I’ve ever seen in Bobcaygeon! We made history!!!! #tragicallyhip #Bobcaygeon #cancerresearch #amazingcause #cottagelife #summertime @wildpalmbobcaygeon