The Vancouver Police Department has released new photos and is expanding their search for two suspects wanted in connection to an East Vancouver home invasion.

On June 17, around 3:30 p.m., two men dressed in reflective vests forced their way into an occupied home located in the 3300 block of Dieppe Drive in East Vancouver. One of the men pointed his gun at a seven-year-old child, who went into her parents’ bedroom and handed the robbers a jar of change.

The robbers took a number of other items before they fled.

Police initially described one man as having full sleeve tattoos on both arms, although investigators have now shared photos that reveal the tattoos are not full sleeves. The new photos capture the tattoos more clearly, and appear to be a design with a scorpion. 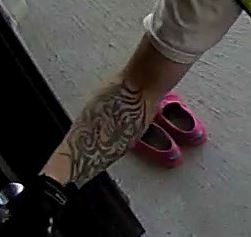 “Police are hoping the release of these additional photos will result in that one tip needed to positively identify the two men,” says Constable Brian Montague. “Someone knows who they are and we hope that the appalling circumstances of the crime will convince someone to come forward.” 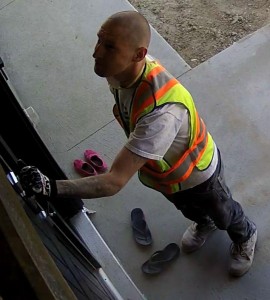 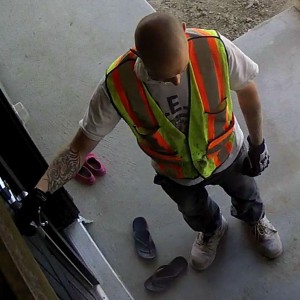