Canada played a prominent role in both the First and Second World Wars, but it wasn’t without losses. In World War I, Canada lost an estimated 62,000 soldiers in Europe, just under one per cent of the country’s total population. World War II took a further 43,600 Canadians from their families and loved ones.

This unprecedented loss of life is why we pause on Remembrance Day to thank our past and present veterans for their bravery in the face of danger.

In honour of our brave men and women in the armed forces we looked through the archives to capture Canada’s role in the World Wars. Take a look at the pictures and videos below:

Canadians soldiers rest in a shell hole during the Battle of Amiens in 1918. 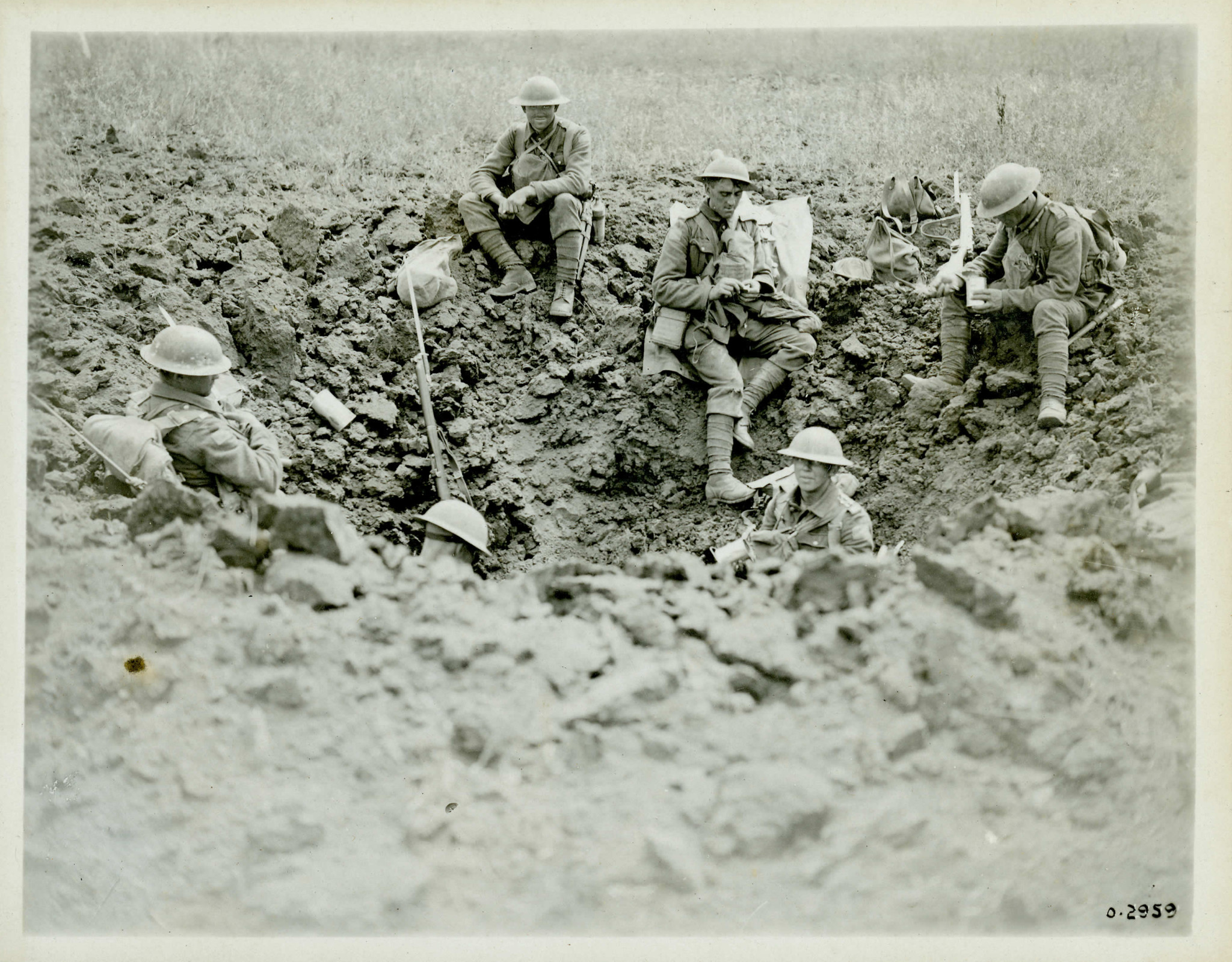 Canadians wounded at the Battle of Amiens lying outside of the 10th Field Ambulance Dressing Station. Several German POWs are also on the scene. 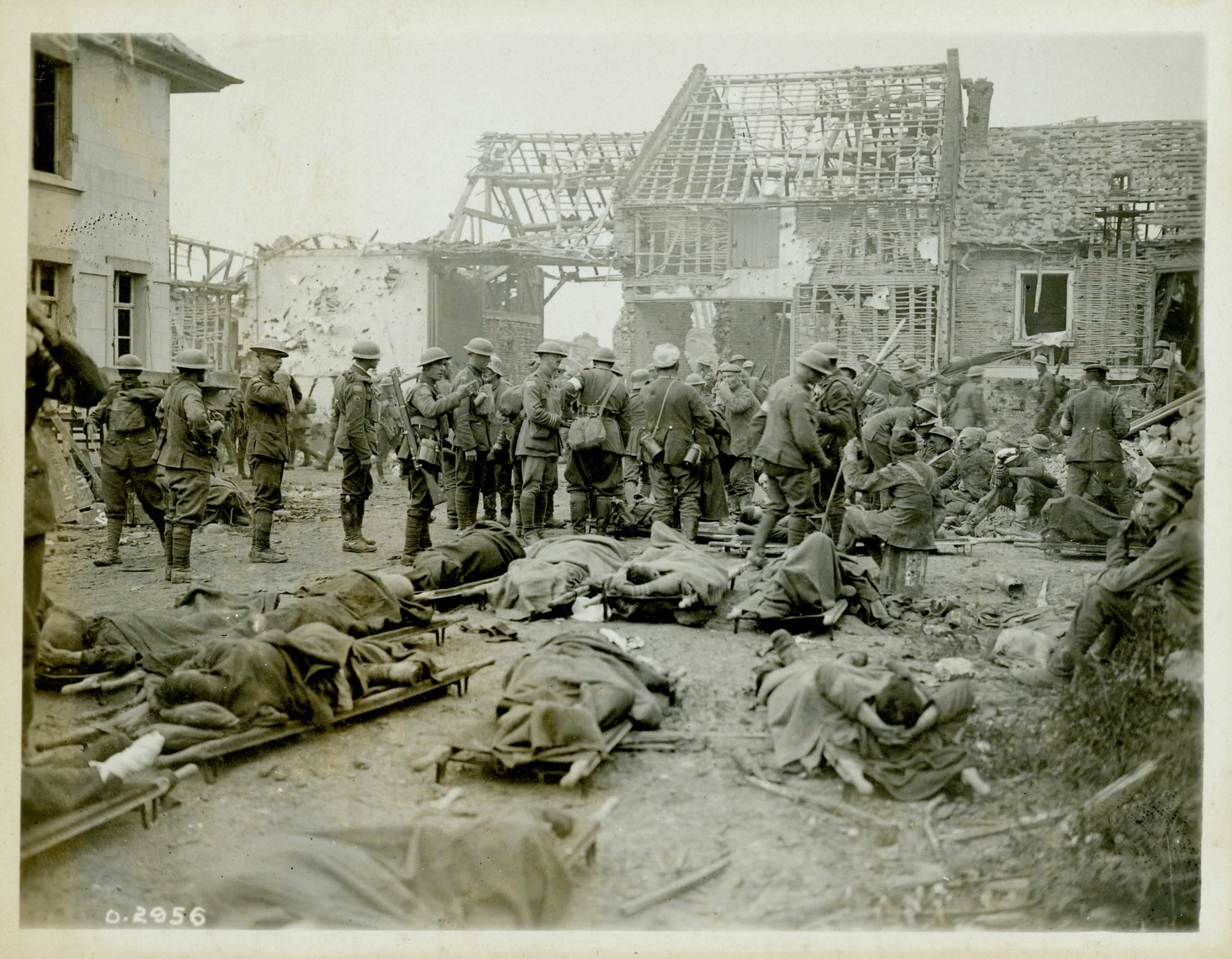 Soldiers carry a wounded comrade on a stretcher through the muddy plains. 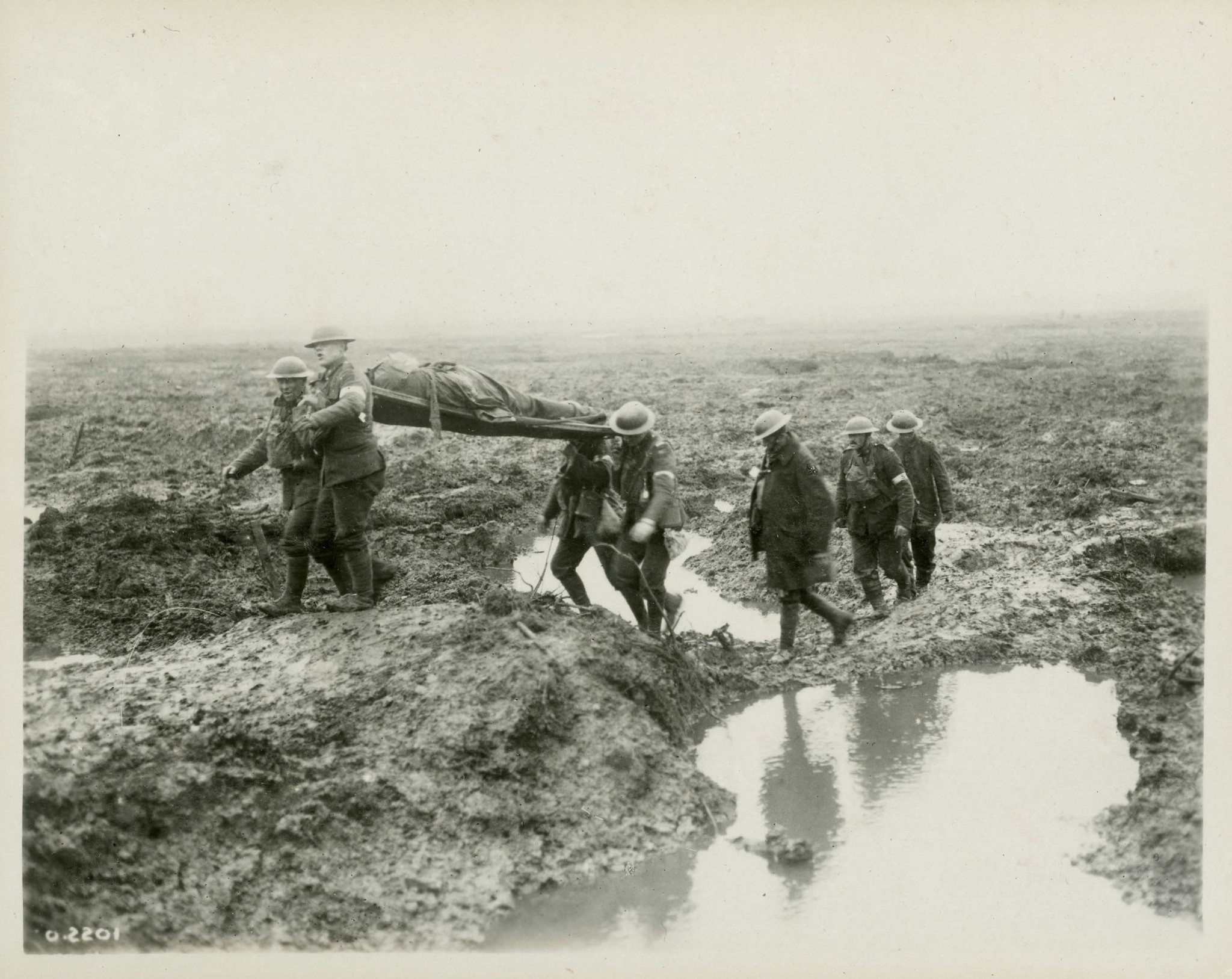 A German observation post camouflaged as a tree trunk on the Arras-Lens road. 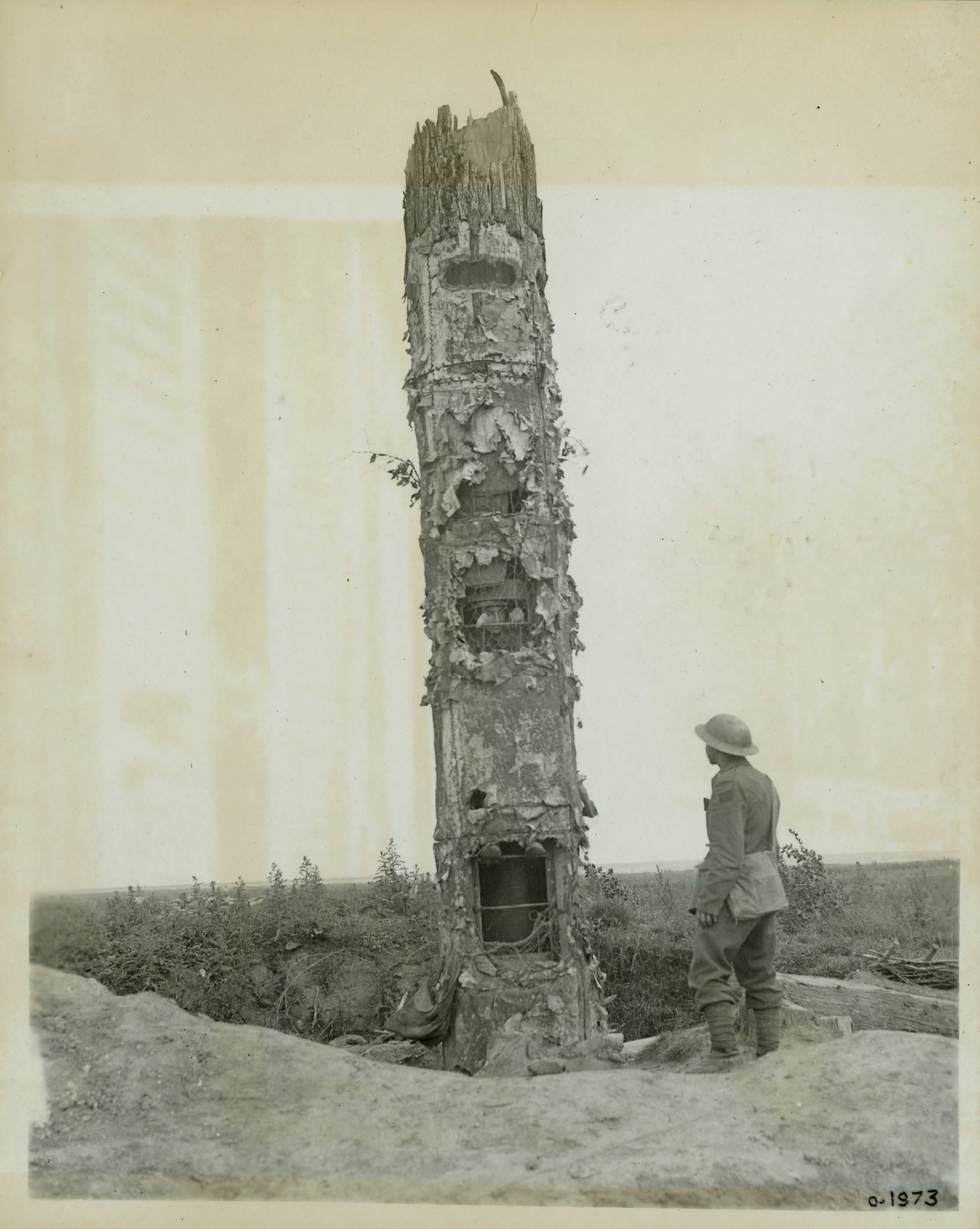 YMCA Captain Robert Pearson umpires a baseball game held in the Canadian lines. The army, the YMCA, and the Salvation Army formally organized sports for soldiers. 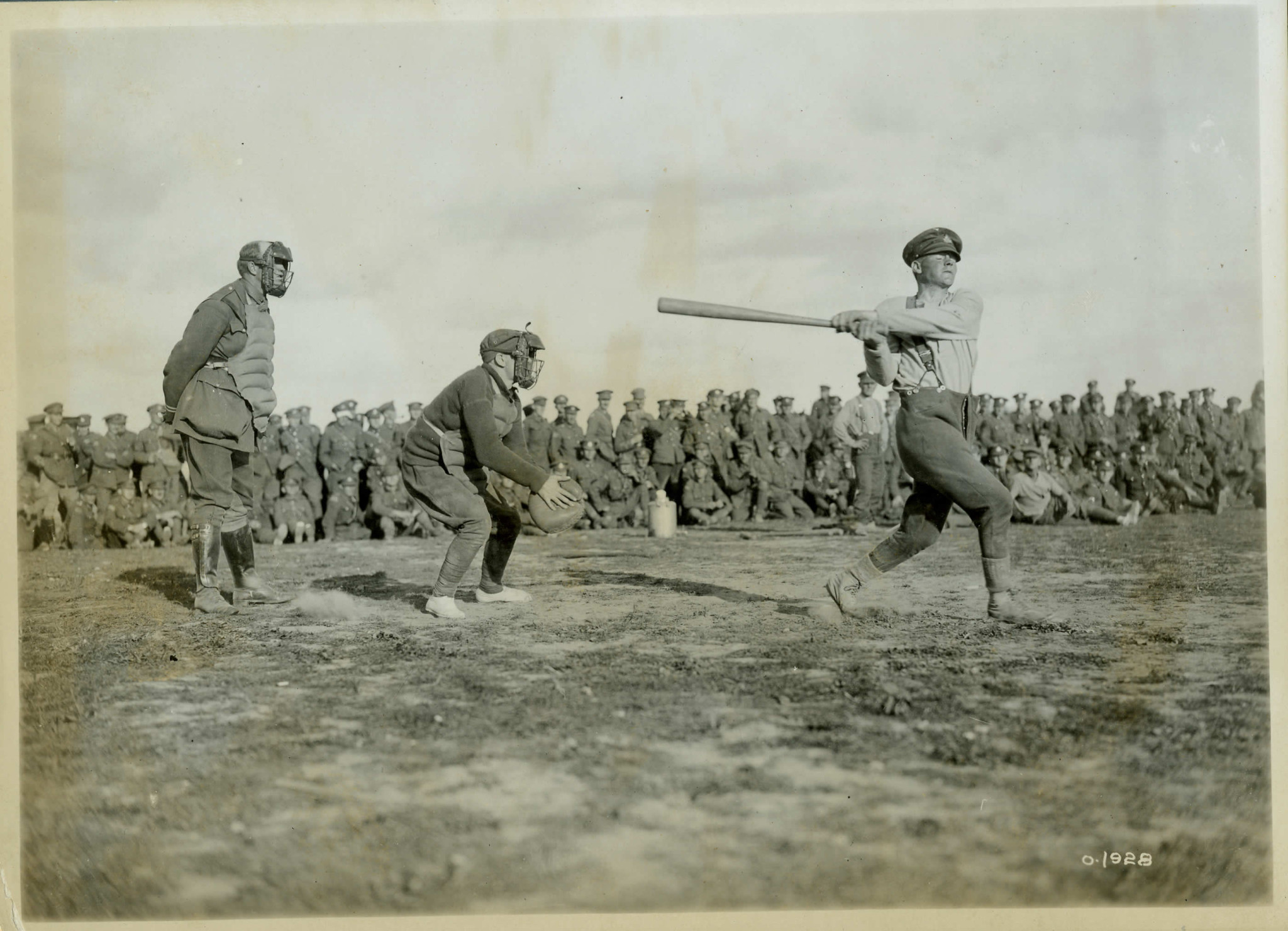 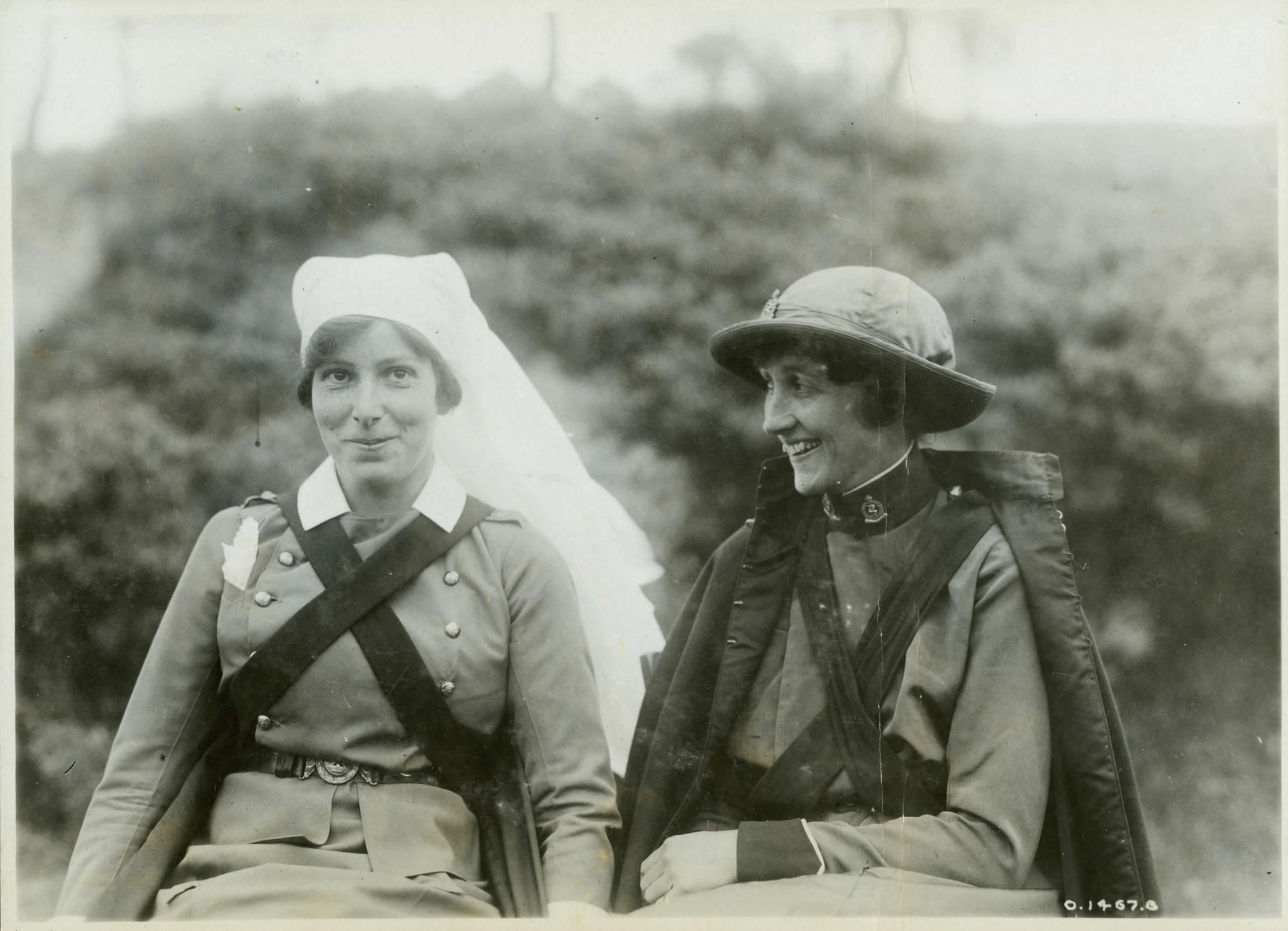 Canadian medical officers (with the Red Cross emblems on the soldiers at right and to the left rear of the photo) and German prisoners transport the wounded at Vimy Ridge in April 1917. 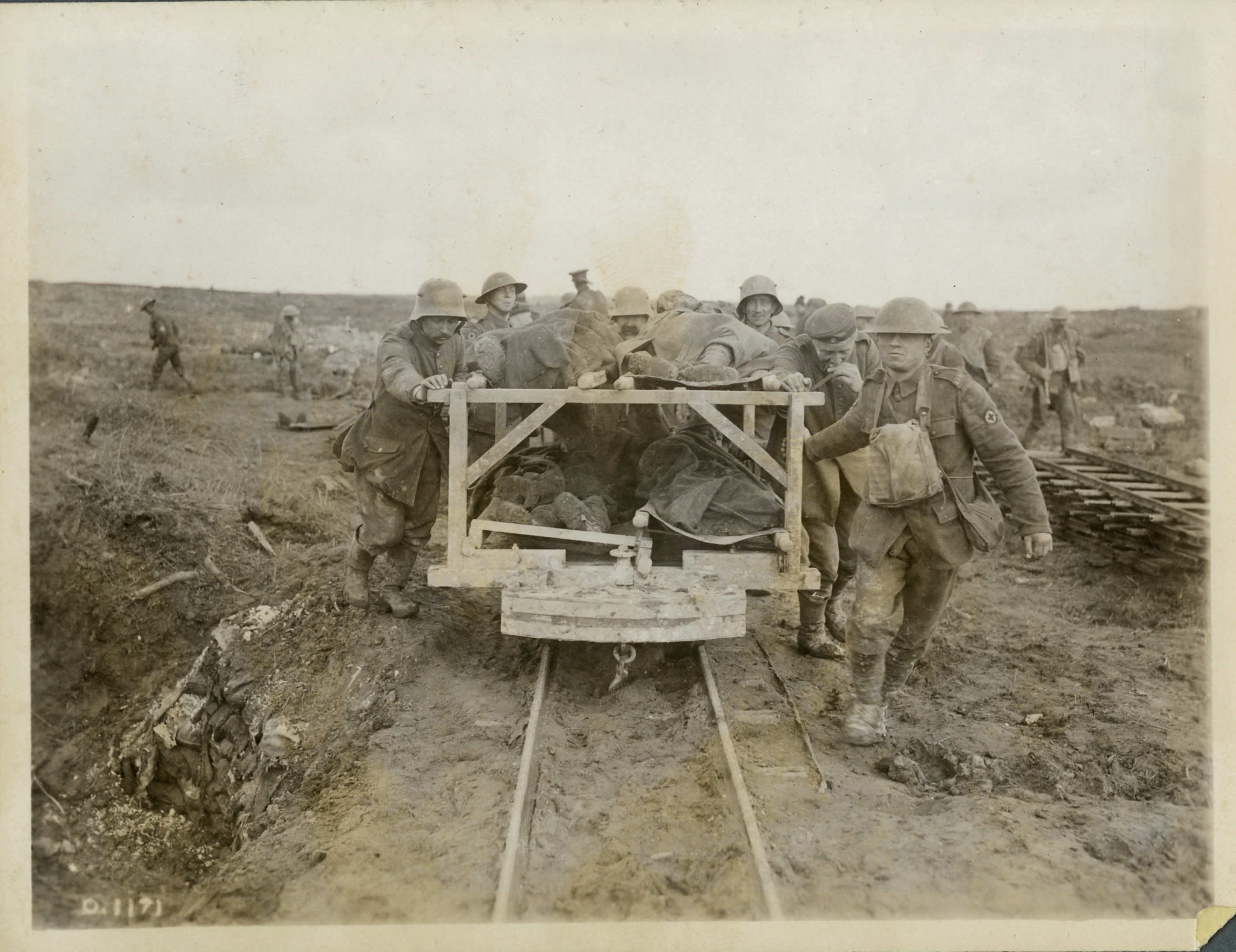 The Canadians who seized a German machine-gun emplacement in Vimy Ridge pose in front of their work. 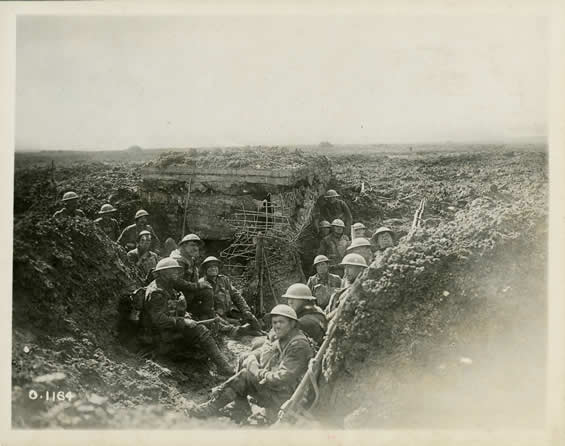 Two Canadian soldiers care for the grave of a fallen comrade. White stones, a wooden cross, and the deceased’s helmet act as grave markers. 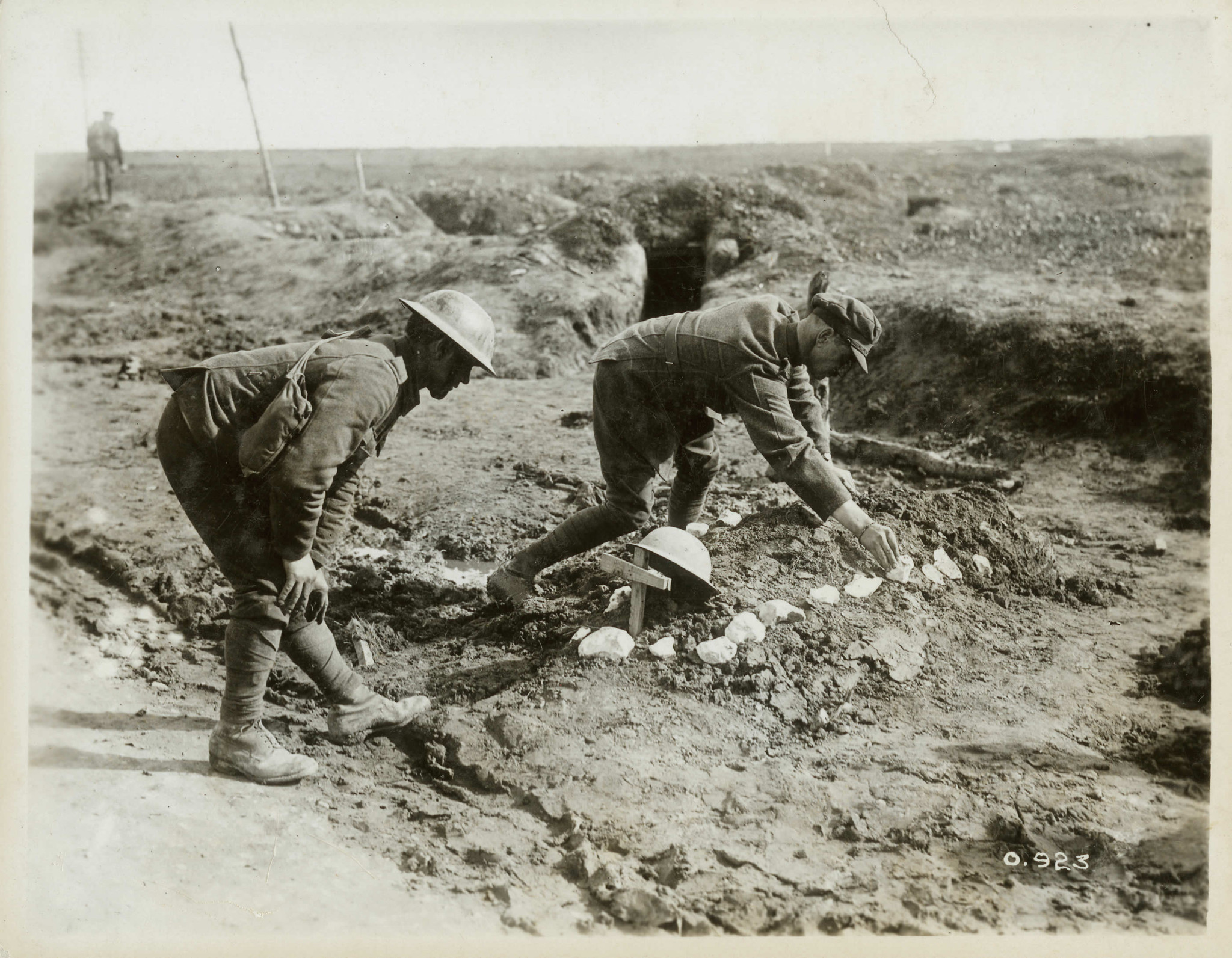 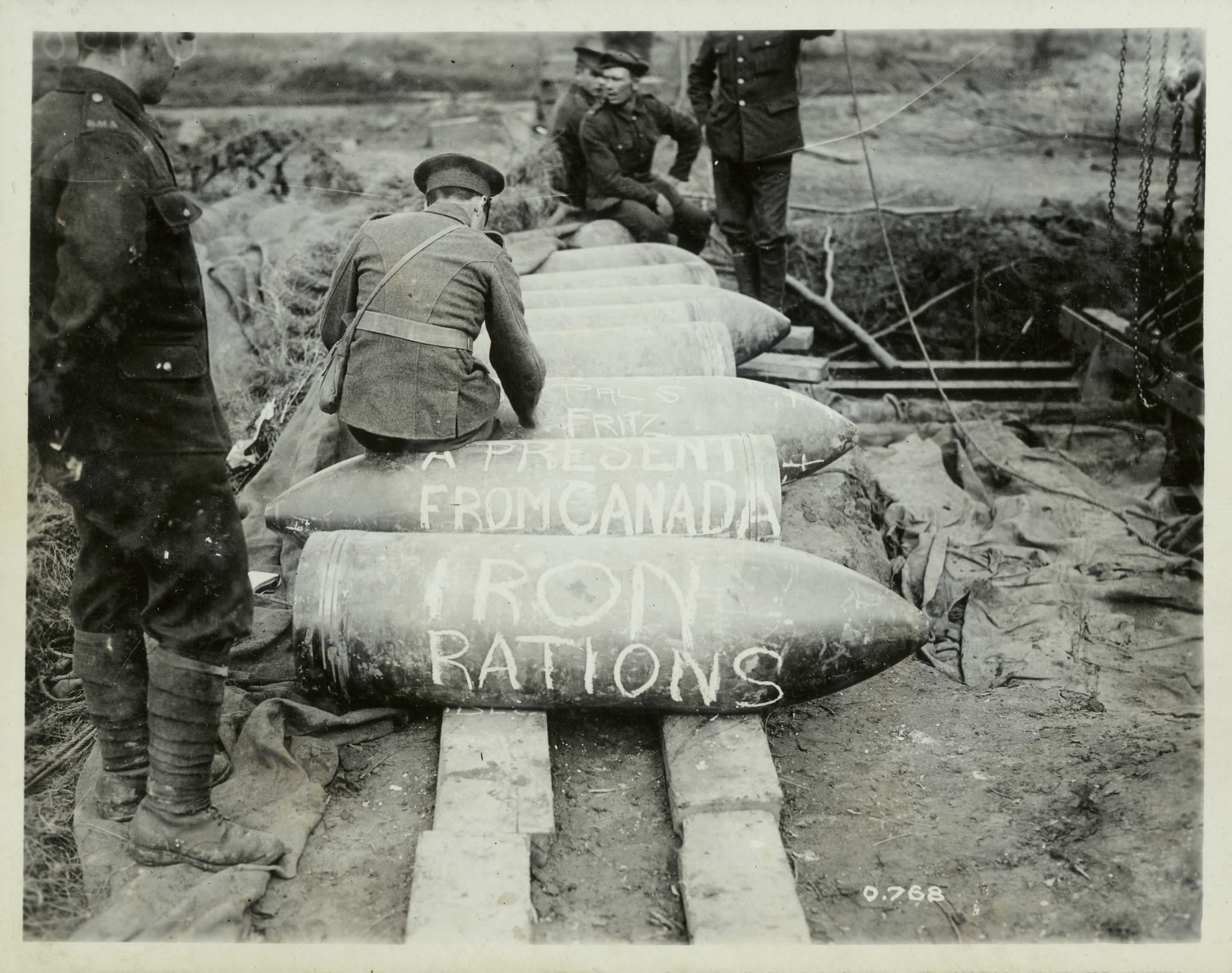 A soldier lights his fellow wounded soldier’s cigarette as his colleague bandages him up. 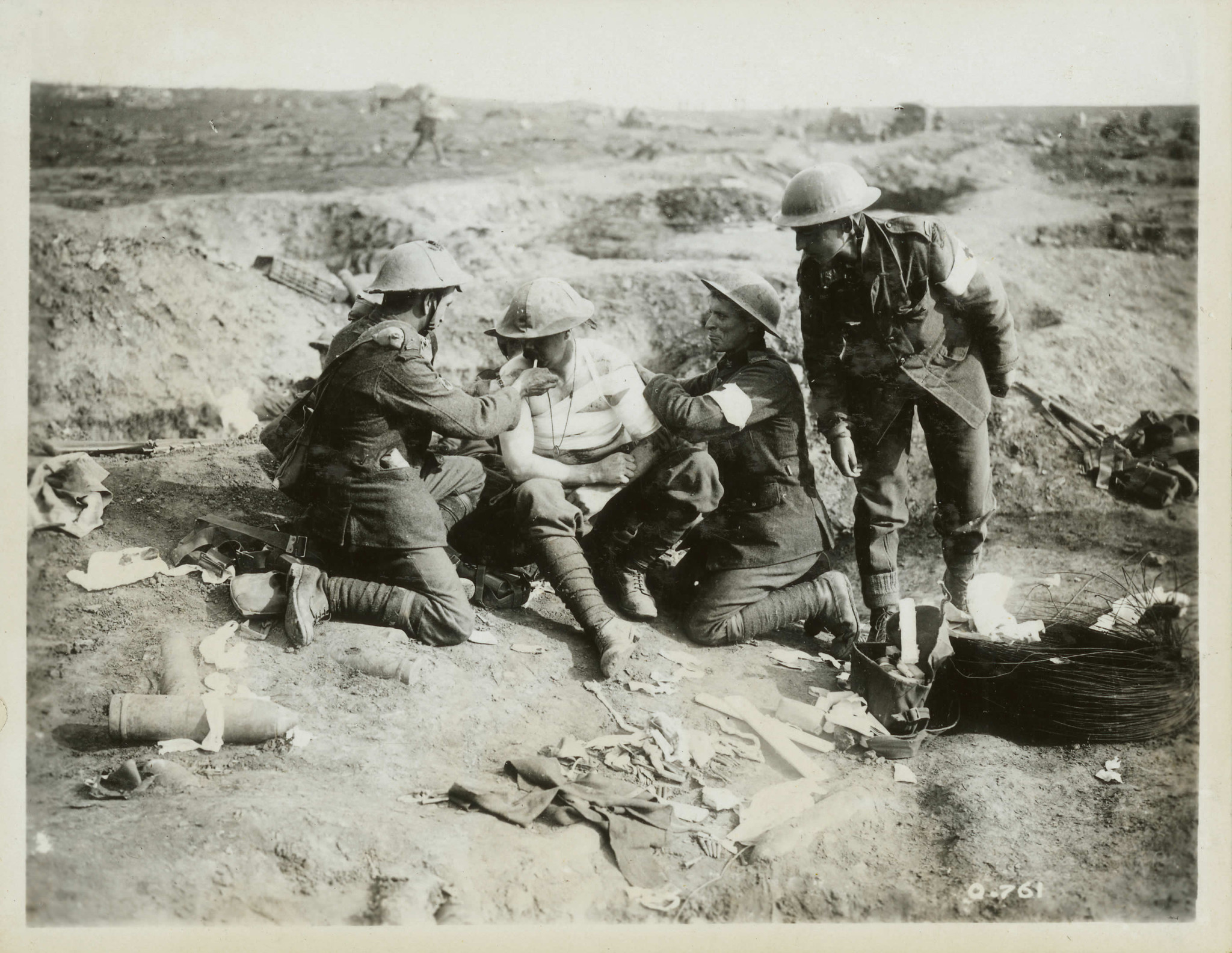 Medical orderlies tend to the wounded in a trench during the Battle of Courcelette in September 1916. 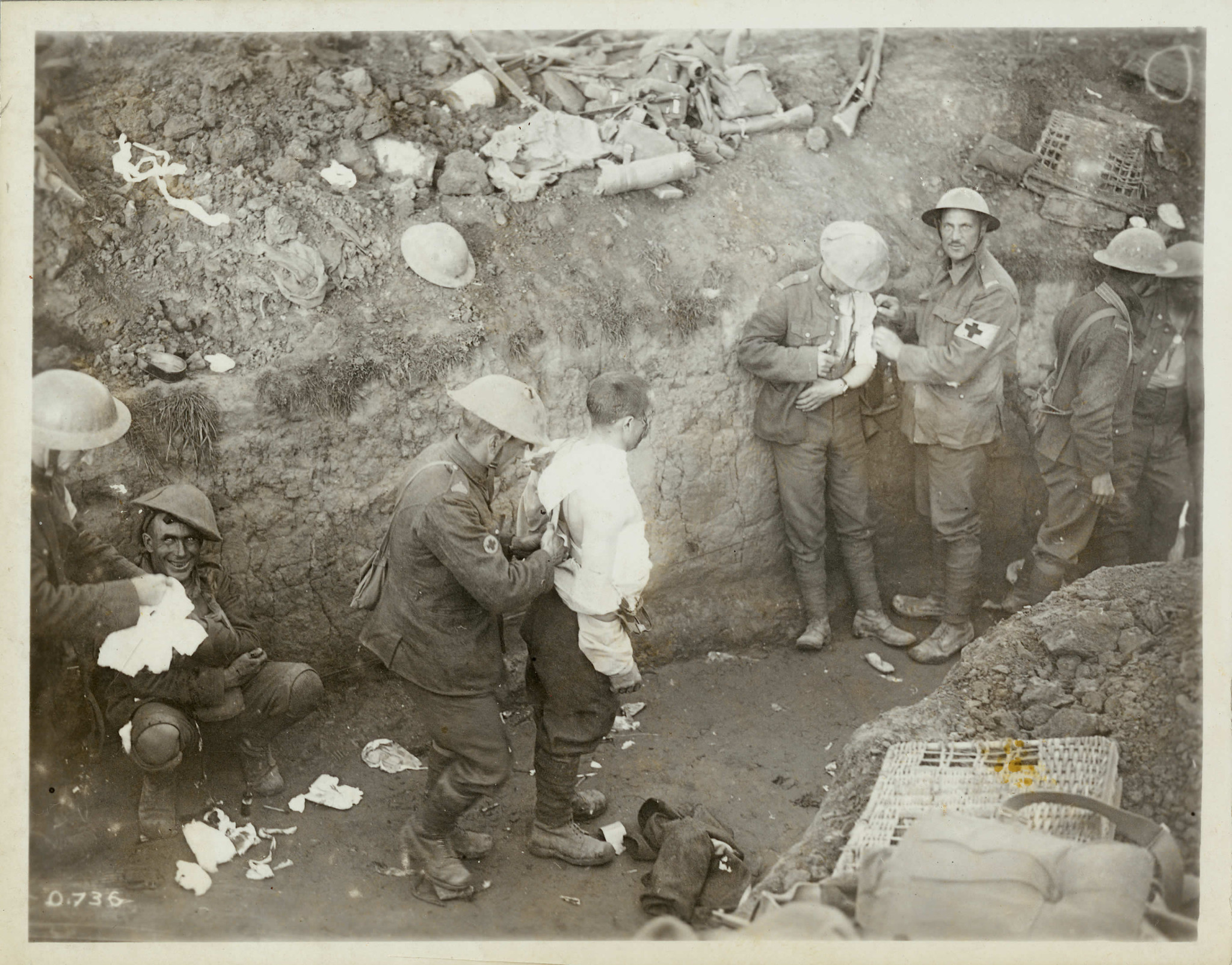 Three Canadian soldiers pose, marking the difference in ages during World War One. Boys under 18 were allowed to serve in the Canadian Expeditionary Force with their parent’s permission. Some without permission lied in order to enlist. 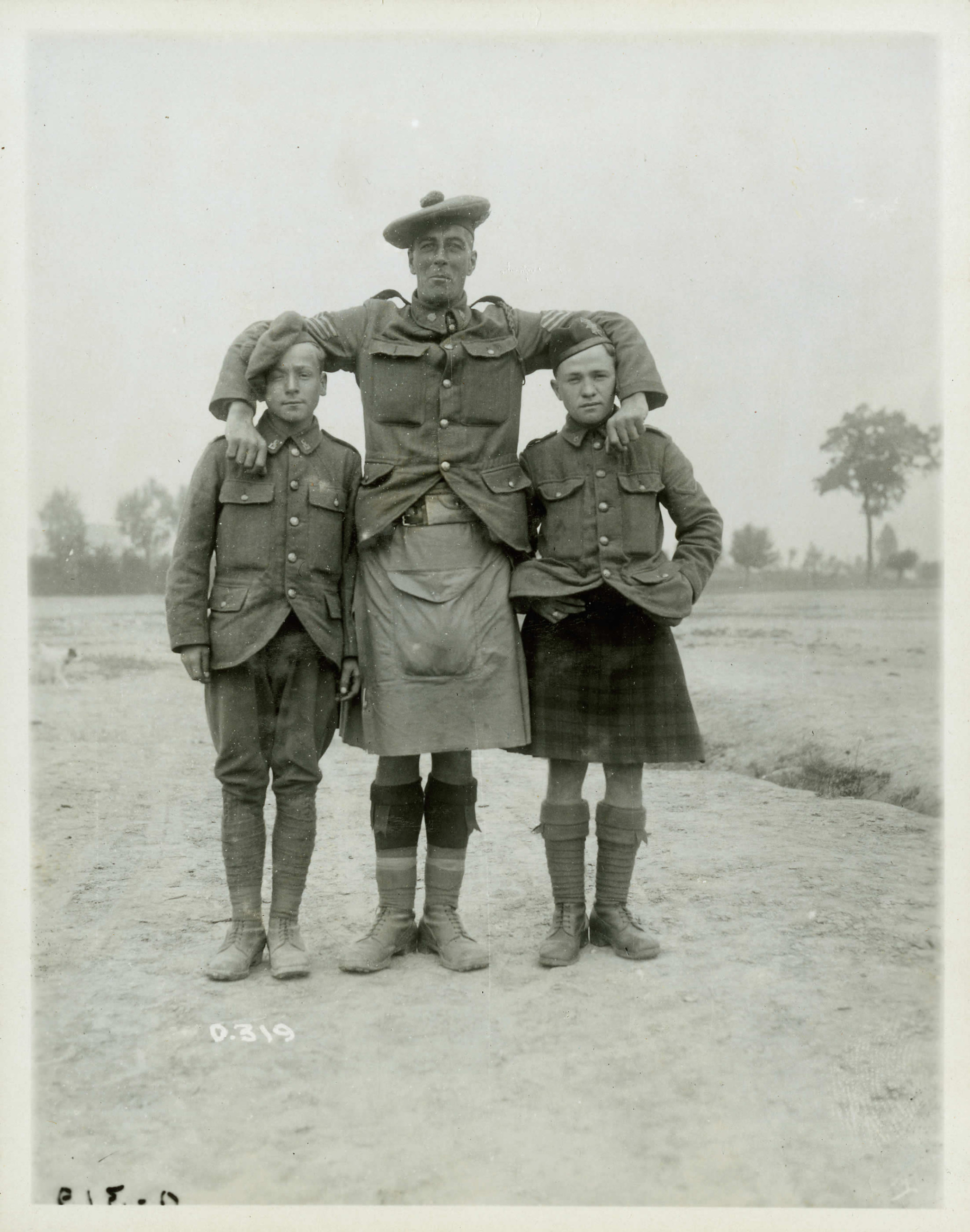 Infantry of the Queen’s Own Cameron Highlanders of Canada in their dugout in the Hochwald, Germany in 1945. 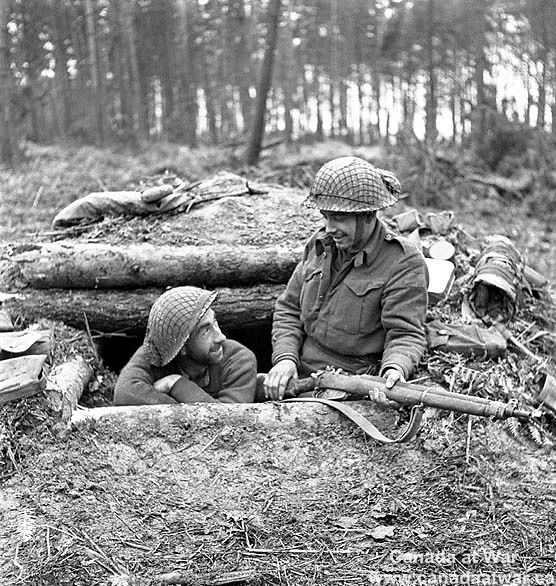 A Canadian solider stands on the road in Wyler, Germany in February 1945. 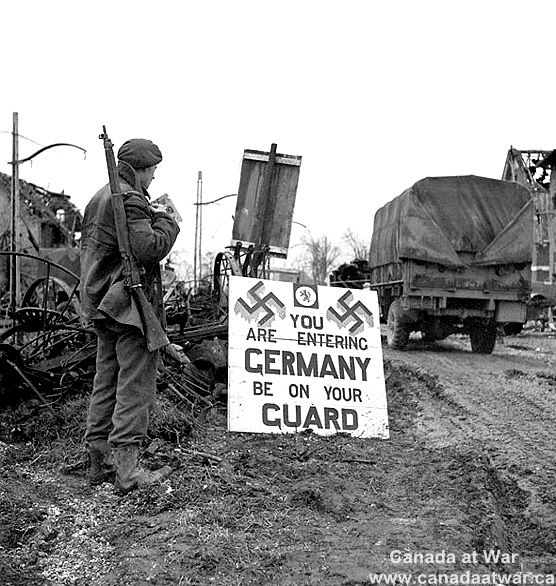 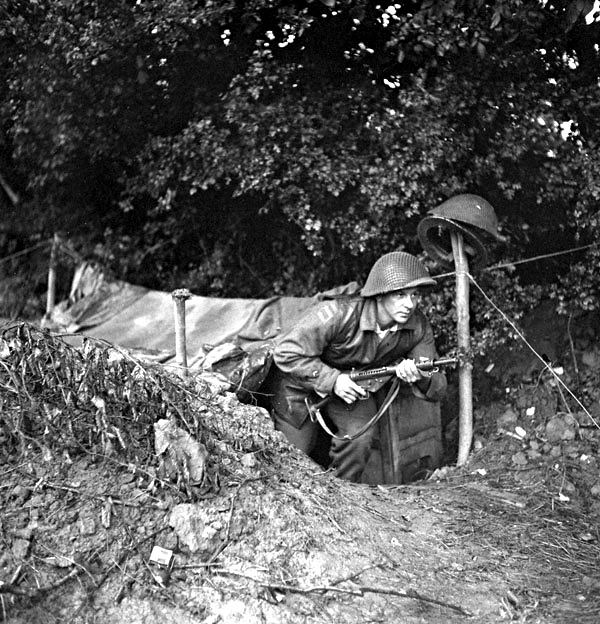 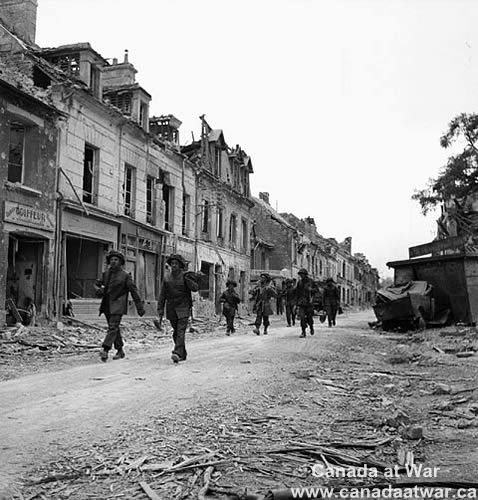 Captain Robert L. Seaborn says a prayer over a soldier in Normandy. 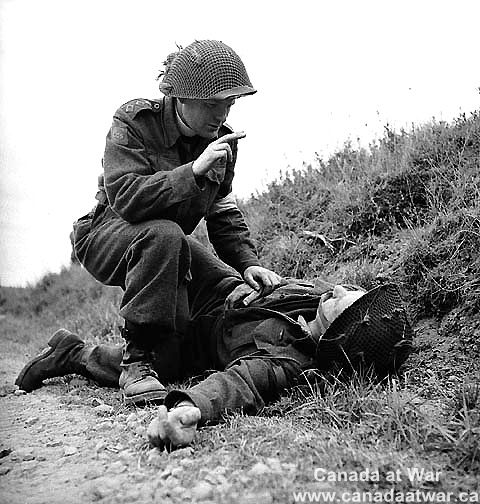 A soldier uses a truck mirror for shaving. He died two weeks later and is buried in Beny-Sur-Mer, Normandy. 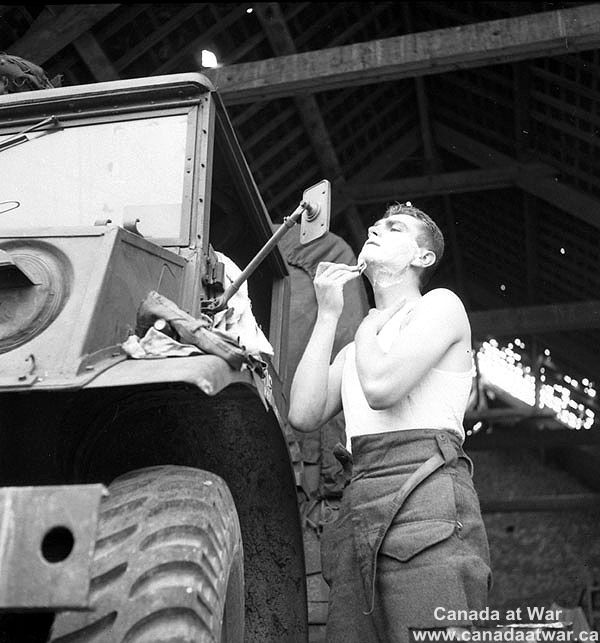 Soldiers say a final prayer before embarking on Juno Beach from the Atlantic Ocean. 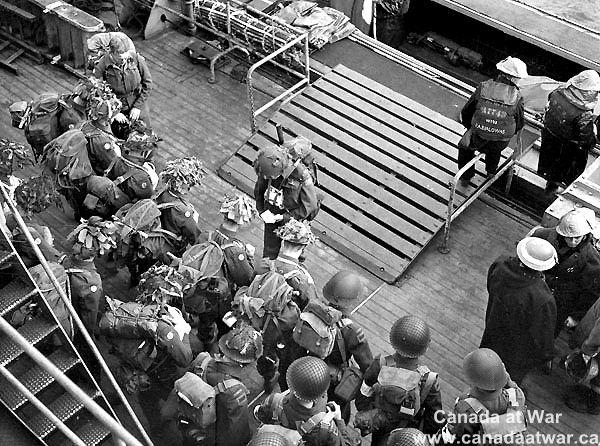 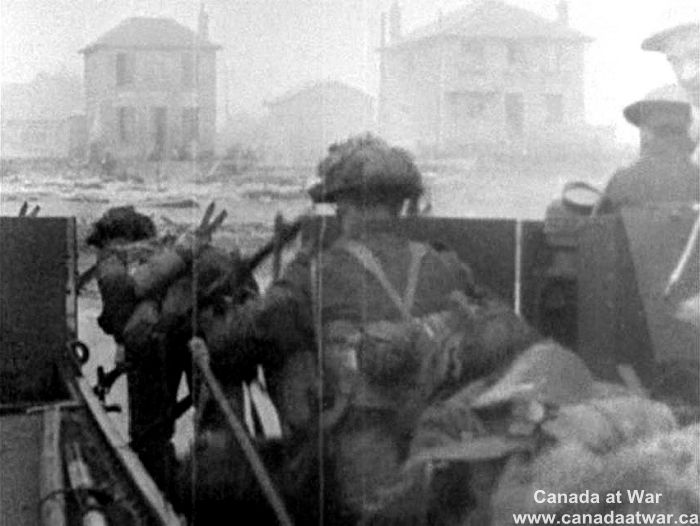 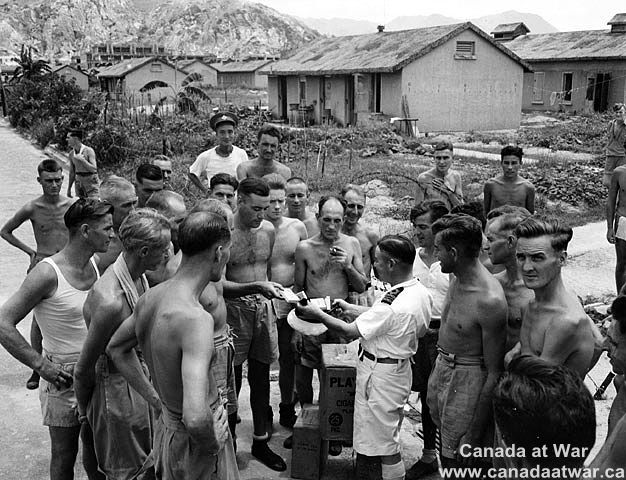 Dutch civilians celebrate the liberation of Utrecht by the Canadian Army in May 1945. 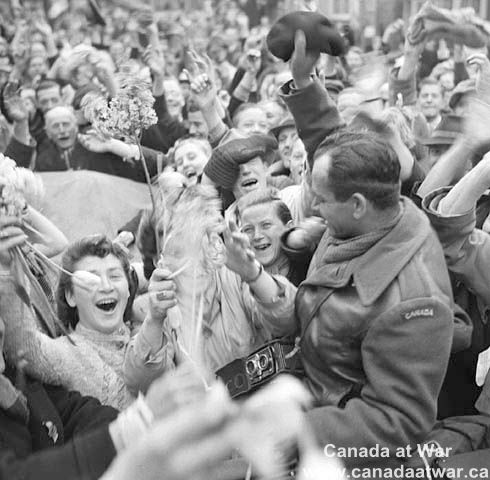