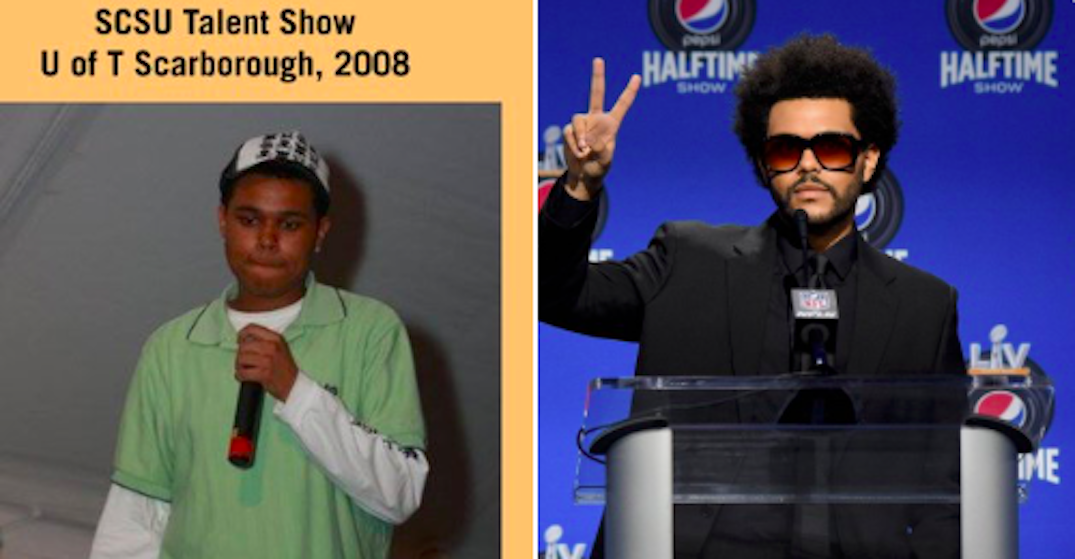 The Weeknd has come a long way in just over a decade.

The University of Toronto Scarborough campus posted a photo of the musician in 2008 at a talent show, holding a mic, next to one of him at the Super Bowl in 2021, with the caption: “how it started, how it’s going.”

how it started how it’s going pic.twitter.com/9fgWU0l2iz

“Incredible performance by The Weeknd at the Super Bowl Pepsi Halftime Show. From Scarborough all the way to the world’s biggest stage. Making Toronto proud.”

Incredible performance by @theweeknd at the #SuperBowl #PepsiHalftime show.

From Scarborough all the way to the world’s biggest stage.

Toronto’s love for the artist runs deep as February 7 was proclaimed “The Weeknd Day.”

“We celebrate The Weeknd as he becomes the first Canadian to headline a solo halftime show and only the third Canadian ever to perform live at one of the world’s most-watched events,” Tory tweeted.

“Millions of people will be watching him and cheering him on, but we know Scarborough, a community he continues to support, will be cheering the loudest!”

Even Prime Minister Justin Trudeau congratulated the Scarborough star, saying, “You’ve certainly earned it. Hope you heard all the cheers from back home.”

Congratulations on rocking the world’s biggest stage, @TheWeeknd – you’ve certainly earned it. Hope you heard all the cheers from back home. 🇨🇦 #SuperBowlWeeknd

The musician’s international presence is palpable, but his Scarborough roots will always be rewarded.