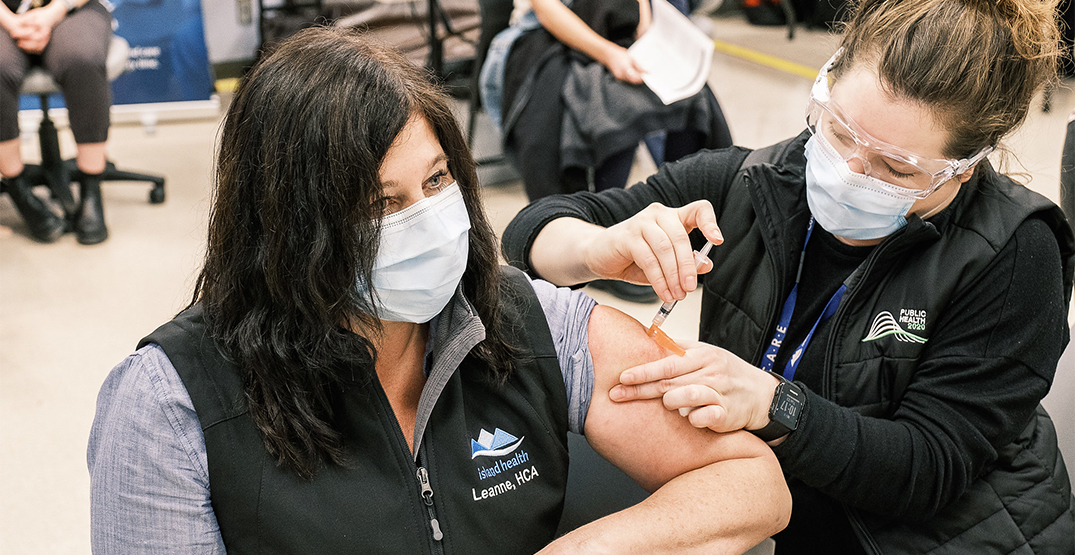 BC’s top doctor says the province’s most vulnerable residents should all receive their COVID-19 vaccine by the end of March, despite Pfizer’s shipping delay.

The vaccine manufacturer is making upgrades to its European facility to increase the number of doses it can produce. But in the short term, countries receiving shipments from that facility will get fewer doses.

Such delays are to be expected in a large and global vaccine rollout, Dr. Bonnie Henry said at her Monday news conference.

“It’s a bit of a setback but is only a delay,” she said. “We are still on track to protect the most vulnerable by the end of March.”

Due to the delay, a higher proportion of vaccine doses the province has on hand will be going toward second doses and fewer will be used for first doses. BC is still confident second doses can be administered at the 35-day mark.

In the meantime, it’s important that people keep their distance, wear masks, wash their hands, and don’t participate in social gatherings, Henry said.

The most significant impact of Pfizer’s shipping delays will be felt in late January and early February.

During the week of January 25, Pfizer will only deliver one-quarter of Canada’s expected COVID-19 vaccine doses. In the first two weeks of February, the company will deliver half of the expected doses.