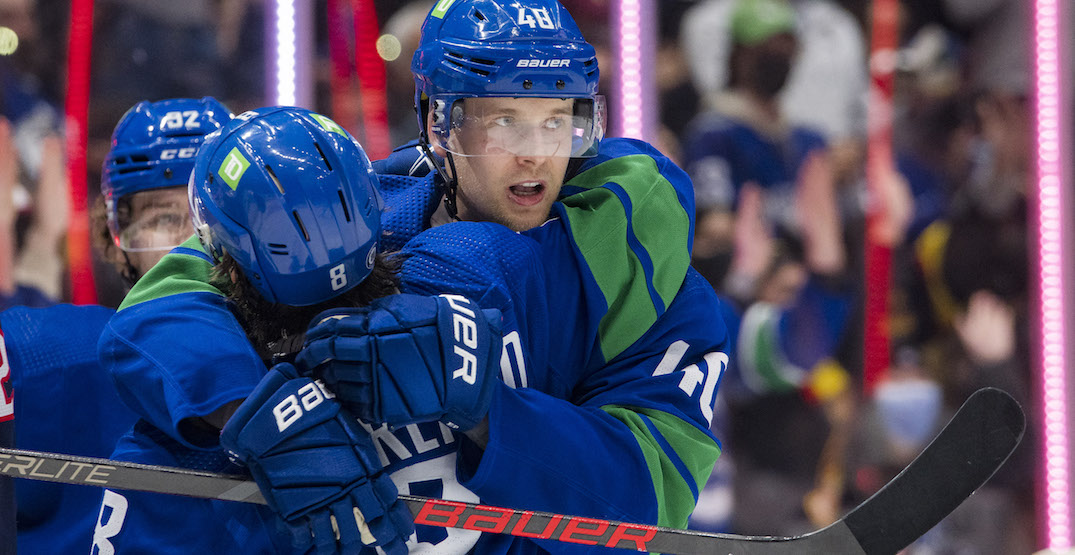 Elias Pettersson has been placed into COVID-19 protocol, the Vancouver Canucks announced on Wednesday evening.

The 23-year-old is the 11th Canucks player to land on the COVID list in last month, as the Omicron variant has taken hold in North America.

The Vancouver Canucks announced today that forward Elias Pettersson has been placed into the NHL’s COVID-19 protocol.

The Canucks don’t play until Saturday against the Ottawa Senators, in what will be the first regular season game at Rogers Arena played at 50% capacity. On Tuesday, the most crucial stretch of the season begins, as the Canucks stare down an extremely difficult five-game eastern road trip in Florida, Tampa Bay, Carolina, Washington, and Nashville.

This is the first time Pettersson has landed on the NHL’s COVID list, as he was injured when last year’s outbreak rocked the Canucks roster.