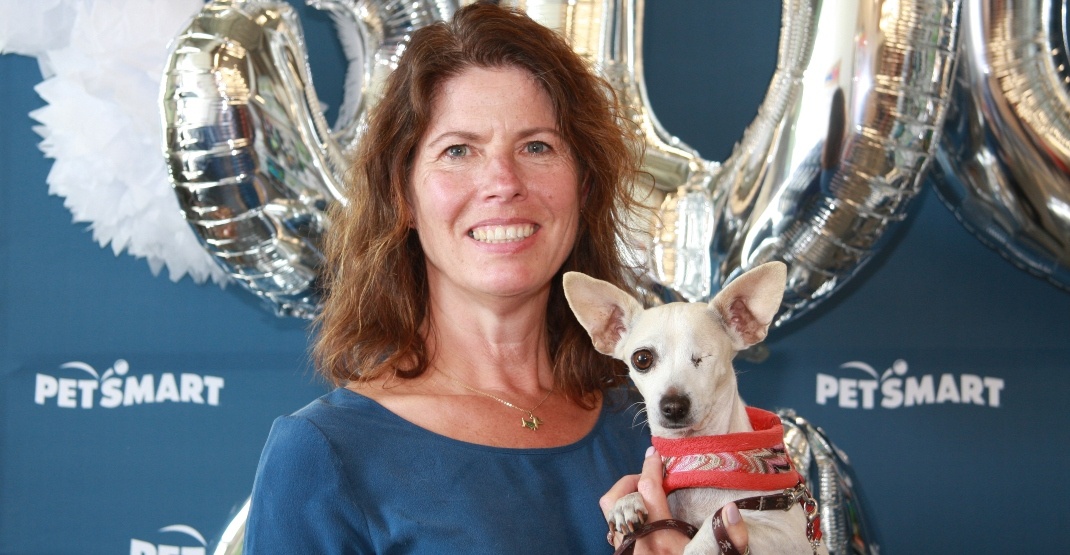 A small one-eyed rescue dog is the 300,000th pet to find a home through a unique retail program that connects PetSmart shoppers with local animal rescues across Canada.

Hanne Olsen fell in love with the senior Chihuahua named “Blink” at an adoption event in  by the Embrace a Discarded Animal Society. 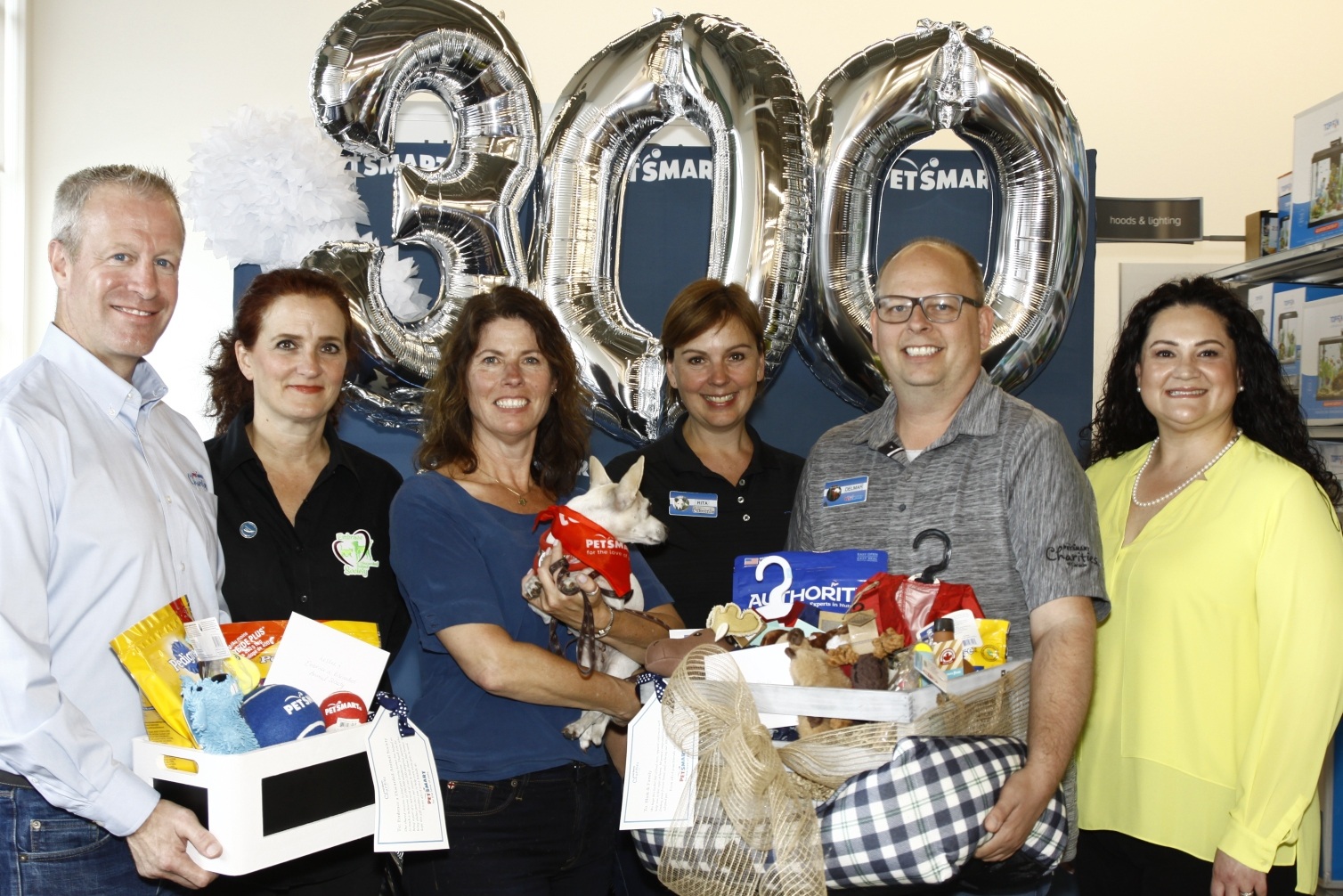 Olsen had just recently lost her late Chihuahua, Gidget, and wasn’t sure if she was ready to bring home another dog. But she couldn’t stop thinking about Blink’s “sweet face” and the journey she’s been on to find her forever home.

“In a matter of moments, not only had I decided I wanted to adopt Blink, but I also knew that her name would now be Ellie — after Elle Driver from the Quentin Tarantino movie Kill Bill,” said Olsen.

“She too was missing one eye! She was also strong and resilient.” 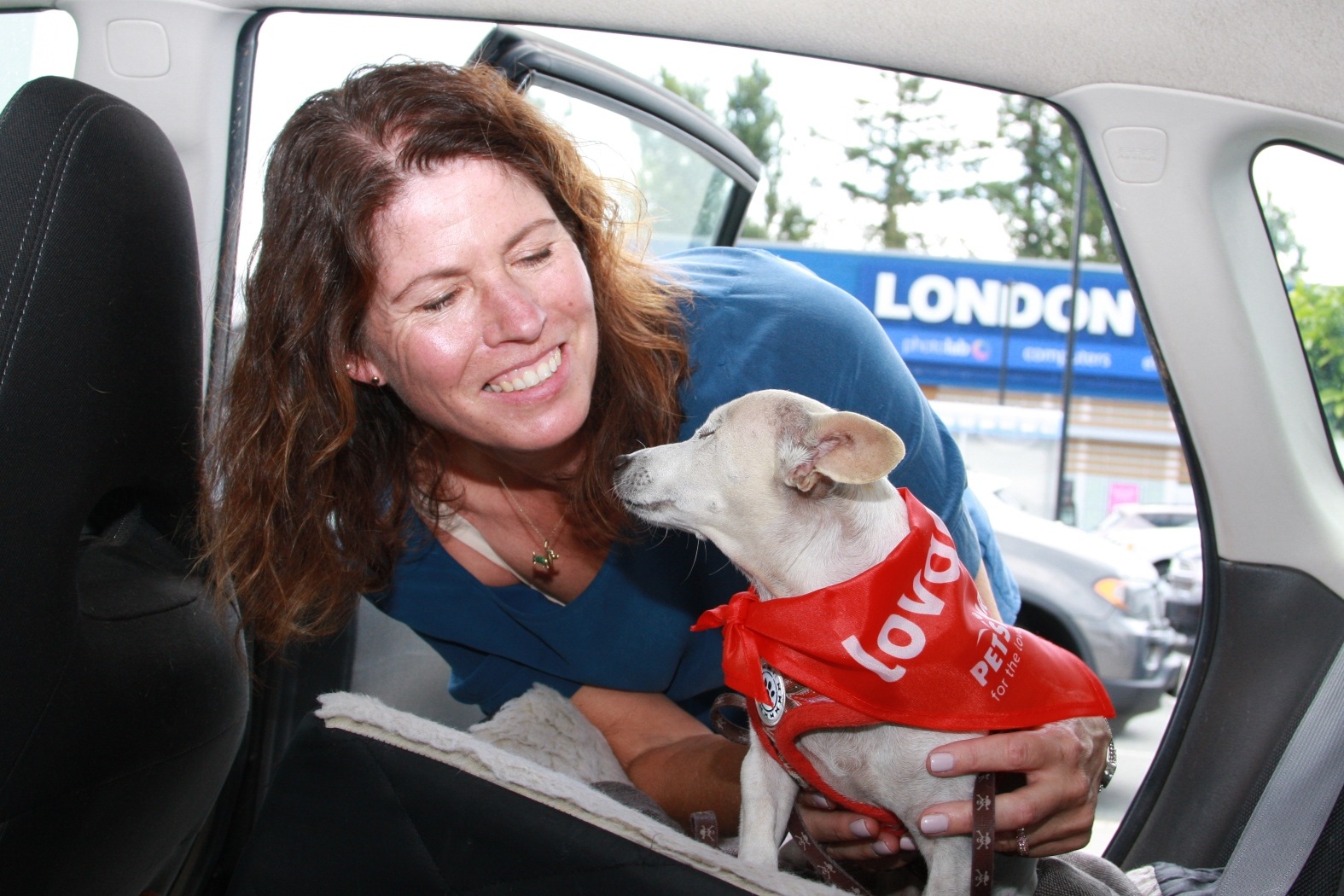 Olsen secured her adoption of the pint-sized pup at a PetSmart retail adoption event at its store in Abbotsford, BC, last weekend.

The adoption marks a significant milestone in the company’s program of bringing together potential animal adopters with local rescues inside its Canadian retail locations.  PetSmart Charities of Canada works with more than 200 animal welfare organizations in Canada to bring adoptable pets into its stores to help them find forever homes.

Ellie’s personal journey traversed all along the length of the West Coast, starting in California, where she was picked up as a stray. She was plucked from the crowded shelter by a BC-rescue group and moved to their ranch in Blaine, Washington State, where she stayed until she was ready for adoption in BC.  And finally, she found a home with Hanne Olsen after being showcased at a store event.

Alan Blundell, president of PetSmart Canada, says it’s important to remember that adoptions like Ellie’s happen every day in its stores.

“Every pet rescue from as far east as Newfoundland to as far west as Vancouver Island, paired with every Canadian that approaches a pet in need with an open heart and an open home has helped us to reach this milestone, and as we celebrate Canada Day, we are thankful to all of them,” he said.

For Ellie’s story, check out PetSmart’s video below: